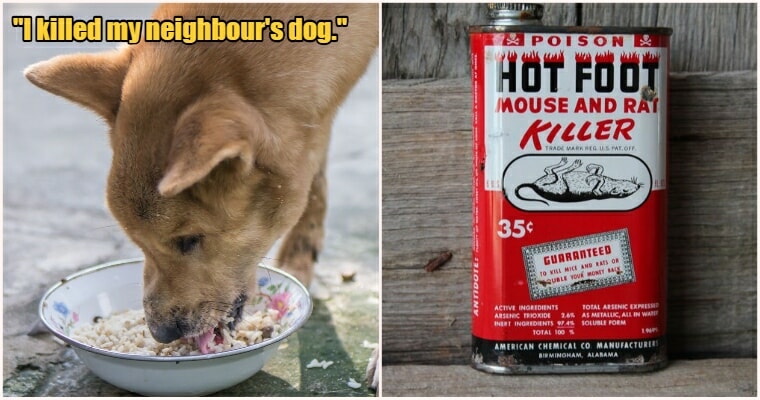 This is obviously creating quite a stir online. And we are mad too!

One woman decided to share a comment about how she had once killed her neighbour’s dog and even added how she did it for others to follow suit, as showcased by the Malaysia Animal Association Facebook page.

“Nurasia Nurasia’s taught the community how to kill dogs effectively. She also educated the people on the difference between the halal way of killing a dog and the sinful version. We hope that this woman doesn’t mistakenly eat the sardines mixed with rat poison herself, or accidentally feed it to her mother, father, family, husband or kids.” 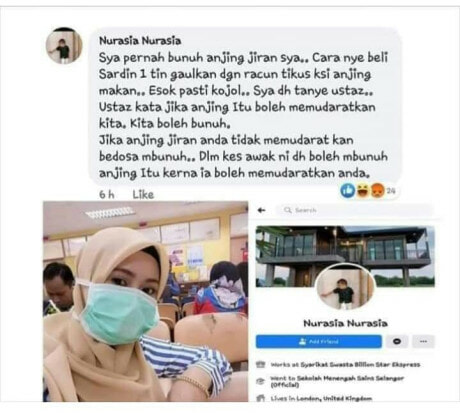 The outrageous comment which caused a huge backlash writes,

“I killed my neighbour’s dog. How you do it is, to buy a can of sardines and mix in rat poison before feeding it to the dog. It’ll be dead by the next day. I asked a religious teacher, he said that dogs that can harm us can be killed. If your neighbour’s is not harmful then it is a sin to kill it. In your case, this dog can be killed as it can be harmful to you.”

This comment definitely struck a nerve amongst all Malaysians.

One wrote, “Please don’t tarnish our religion. It’s not okay to kill living things. Don’t try to lie to yourself and teach other people this disgusting action!”

Another said, “And you’re bragging about this online? This is just disgusting! Nothing says that it’s ever ‘halal’. Please don’t spread wrong messages!”

Some mentioned that the Ustaz probably meant that if the dog is a threat to her life and she is left with no choice, killing is not sinful. Hence, it’s despicable that she twisted the words for her own justifications.