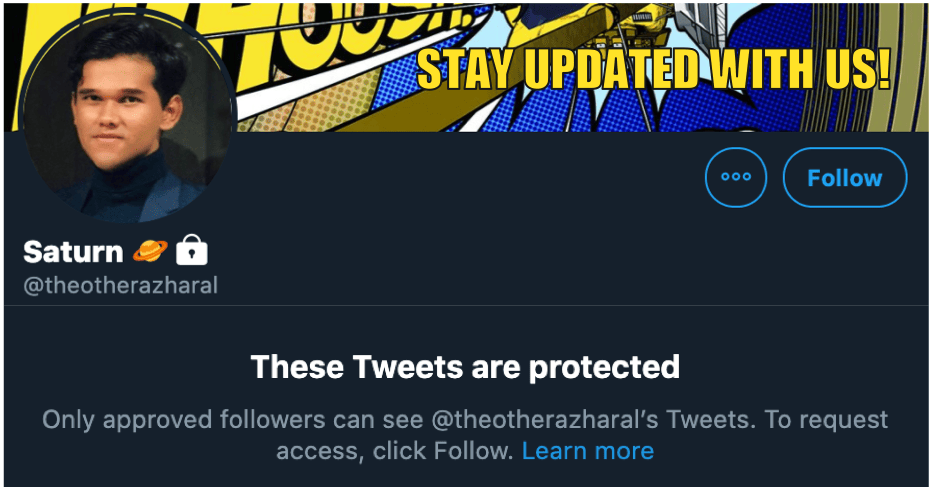 Good news is meant to be shared but sometimes certain good news can be too good to be true.

Earlier we shared about Azhar Ali, and how he was awarded a scholarship from NASA after taking part in the Artemis Challenge by the space agency. However, he has now changed his Twitter to private after several netizens on Twitter have shared their opinion on the matter, calling him a bluff. 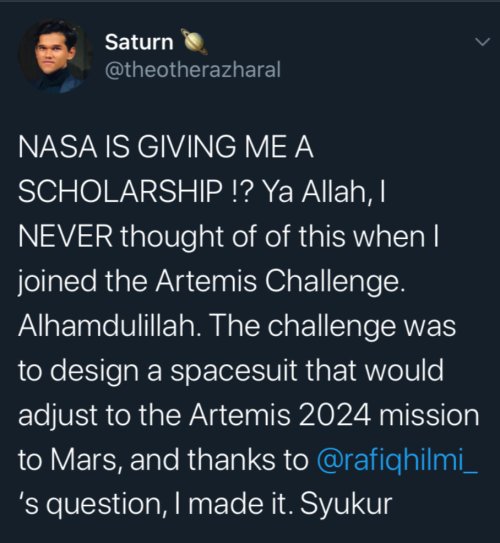 On April 20, Azhar tweeted that he has successfully scored 96.77 per cent in a challenge by NASA, beating out more than 3 million entries worldwide, earning himself a scholarship from the space agency. However, hours after the tweet went viral, questions about the legitimacy of the offer started to roll in.

Upon this suspicious move to private his account, we done further checks on the challenged that Azhar allegedly aced and found it was opened for only U.S citizens or permanent residents of the country. The challenge was also meant for a team rather than individuals and the challenge is done on-site in Houston. All the details can be read here.

Referring to his photo with a tag of Citizen Scientist, we went into the official site but sadly failed to find his photo and details anywhere. 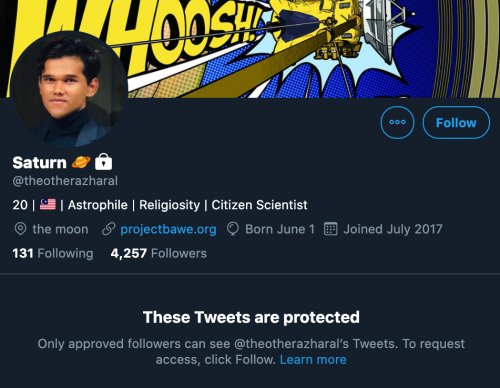 At the moment, we are still waiting for Azhar to come forward with any explanation on the matter. We will update on the story as soon as anything comes up. Whether it is true or not, hopefully, we will finally able to find out the truth. Stay updated with us.