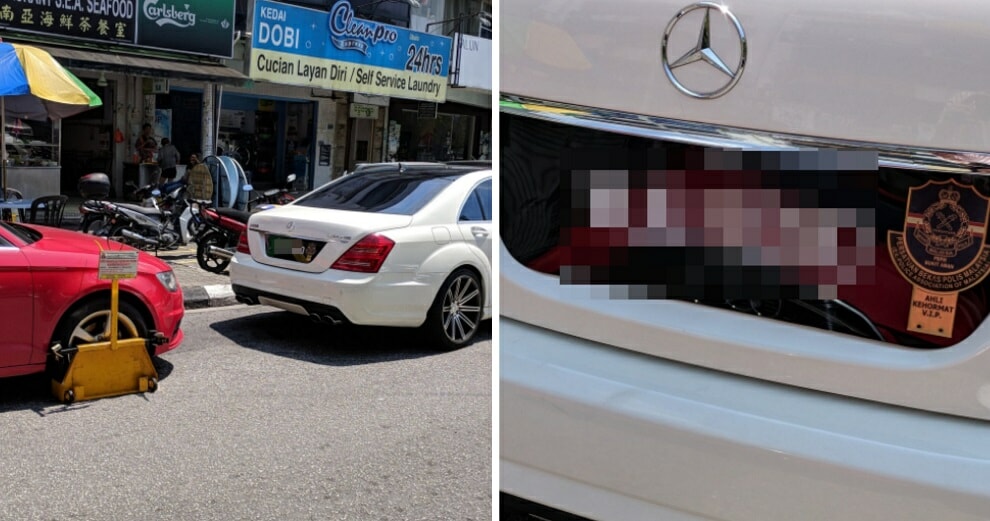 Let’s face it, in some parts of Kuala Lumpur, it’s nearly impossible to find a decent parking spot, which usually means most of us resort to parking illegally out of pure frustration.

Of course, that doesn’t mean it’s right to break the law. However, these laws should apply to everyone, regardless of your status. That’s one of the reasons this Malaysian was so frustrated.

Last week, a Malaysian netizen took to Twitter to share photos of her car getting clamped after parking illegally.

However, there was another car with a Retired Police Officers Association V.I.P. badge attached to its licence plate that did not get clamped despite also being illegally parked in front of the netizen’s car! 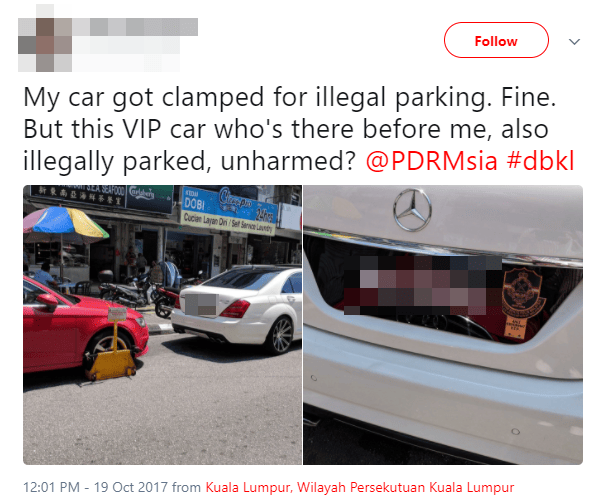 She then followed up on the tweet, saying that she called Kuala Lumpur City Hall (DBKL) to get her car unclamped. However, after she pointed out that the V.I.P. car was not clamped, they simply told her to e-mail them about the issue.

It didn’t stop there, either!

The netizen then posted updates on the situation, claiming that DBKL officers arrived at the area once more to inspect and clamp illegally parked cars. However, the V.I.P. car still didn’t get clamped. 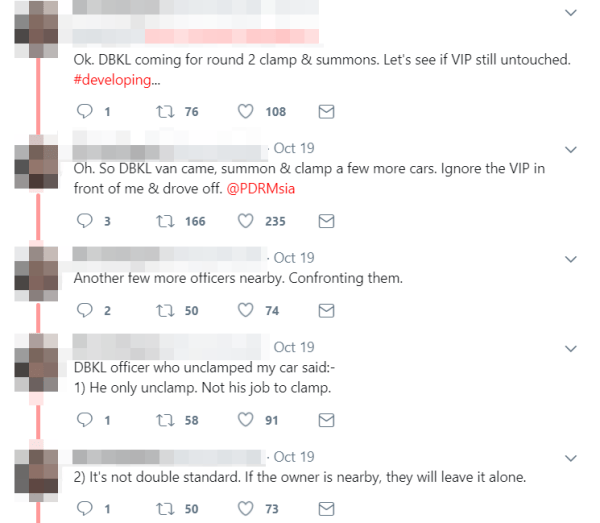 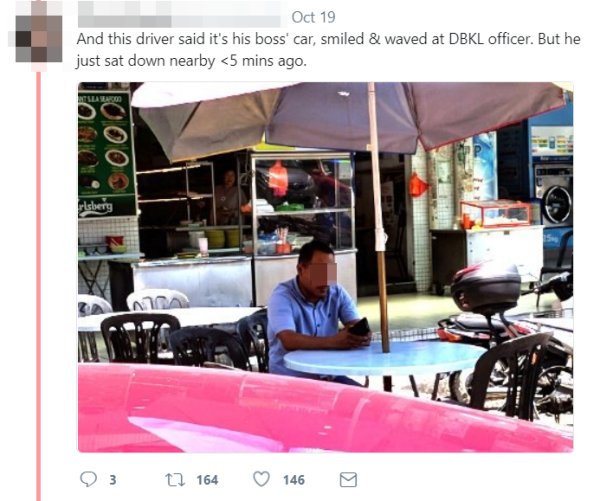 Since the tweets went viral, DBKL’s Deputy Director of Enforcement, Nasarudin Daharun, told Harian Metro that the netizen’s claims will be investigated.

We hope whoever is responsible will be caught and reprimanded for their actions! 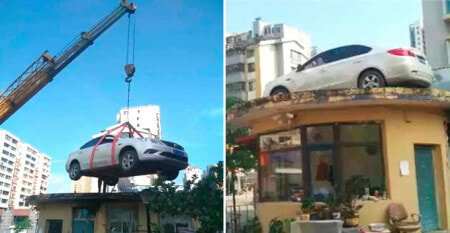