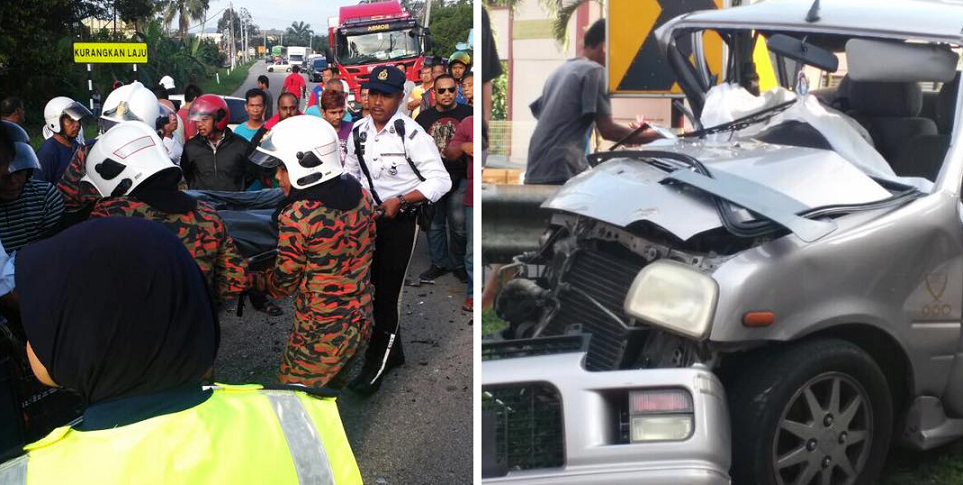 This shows exactly why no one should ever overtake on the oncoming lane.

The 22-year-old university student, Muhammad Zikrul Fahmi Musa was driving along Jalan Kalumpang, near Tanjung Malim in his Perodua Viva.

He was driving with his friend, 22-year-old Syarifah Nadia Sheik Mohd Abdul Wahab who were both students at Universiti Pendidikan Sultan Idris.

Investigations reveal that they were coming from Kuala Kubu Baru heading towards Tanjung Malim. 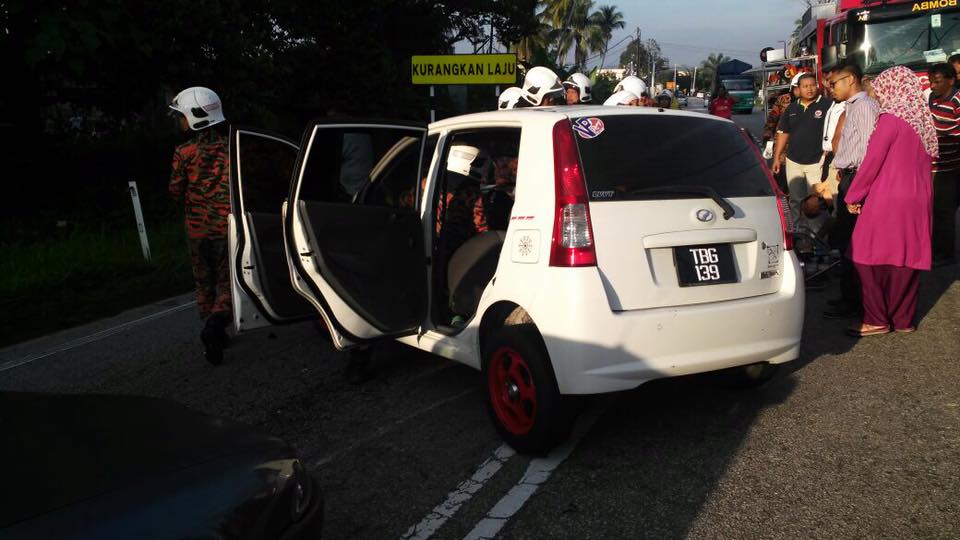 There, he was likely held up by the driver in front of him and so he did what many Malaysian motorists would do; speed up and overtake on the oncoming lane.

In the middle of said reckless maneuver, Zikrul did not notice an oncoming Perodua Kancil and crashed into it. 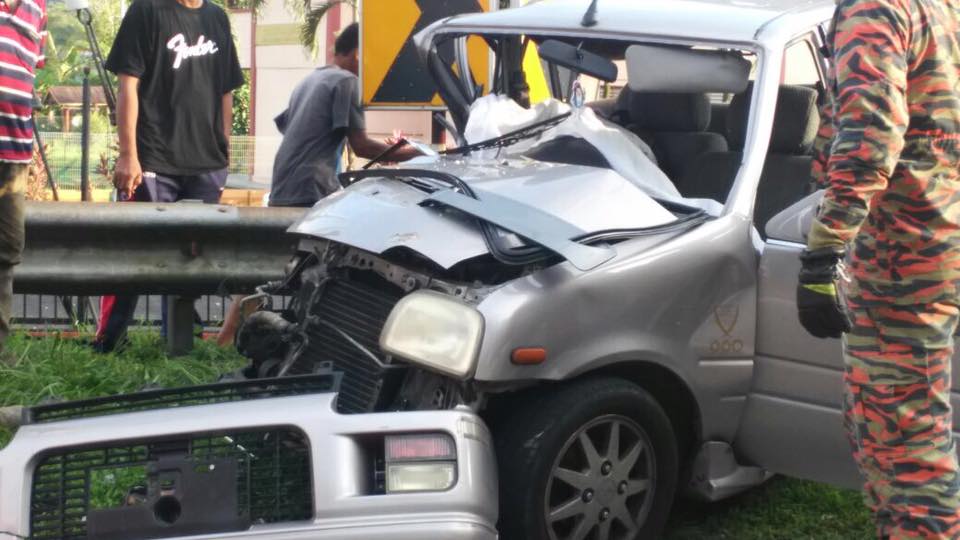 Husnadia and her toddler died in that accident. It is unclear if the toddler was in an approved car seat, or if her fetus survived. It is likely that the answer to both of those questions is no. 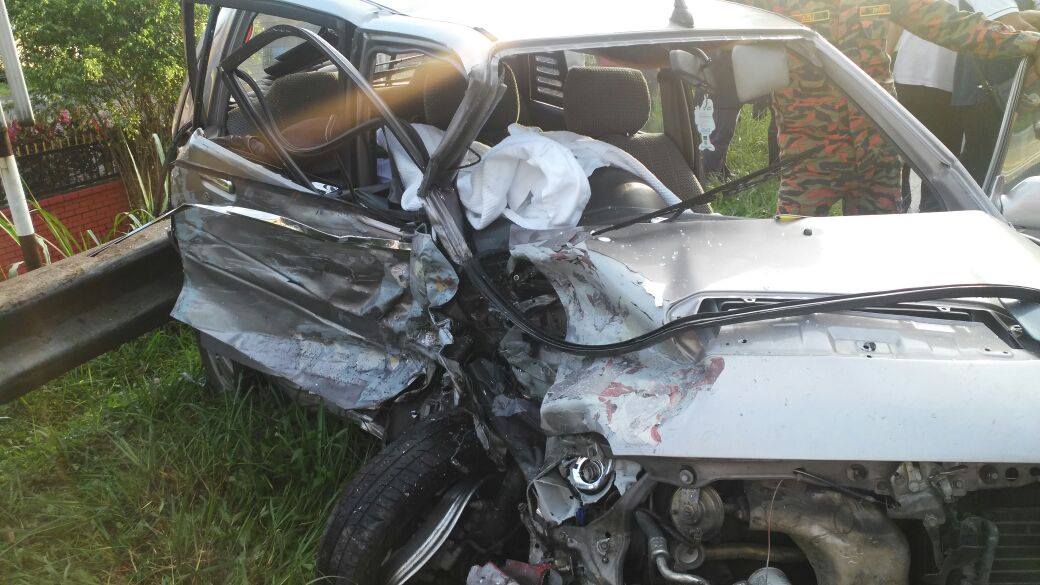 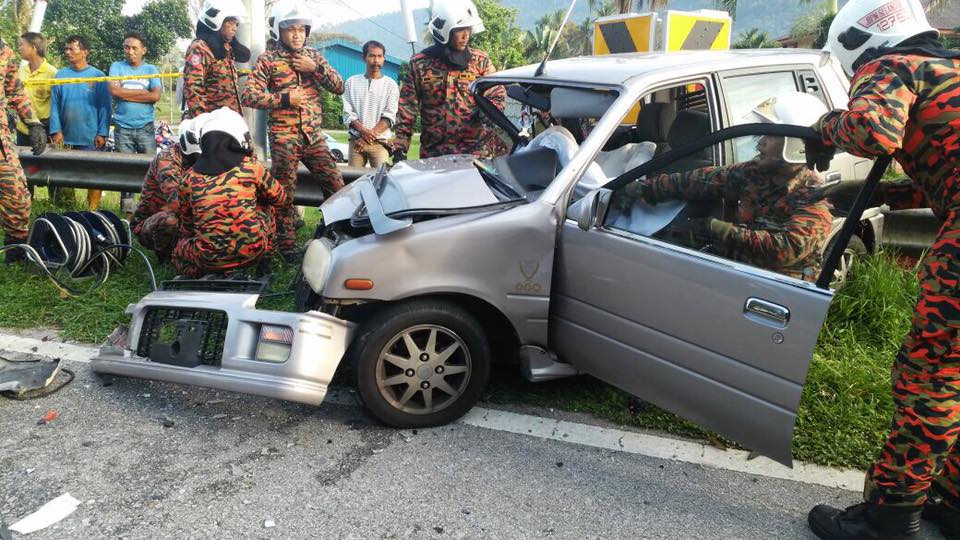 The OCPD of Hulu Selangor, Superintendent R. Supramaniam revealed that the accident occurred at 7.45am in front of the Kalumpang Health Clinic, reports The Star.

The accident was horrific. The Kancil was especially mangled with heavy damage to the chassis from the pictures, it was a total loss. The Viva seemed okay but there are no clear pictures of its front. 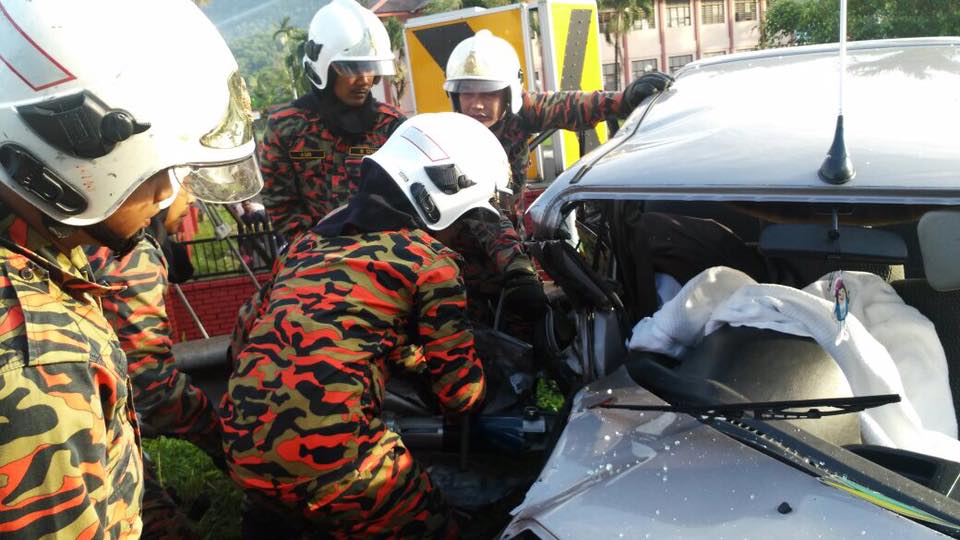 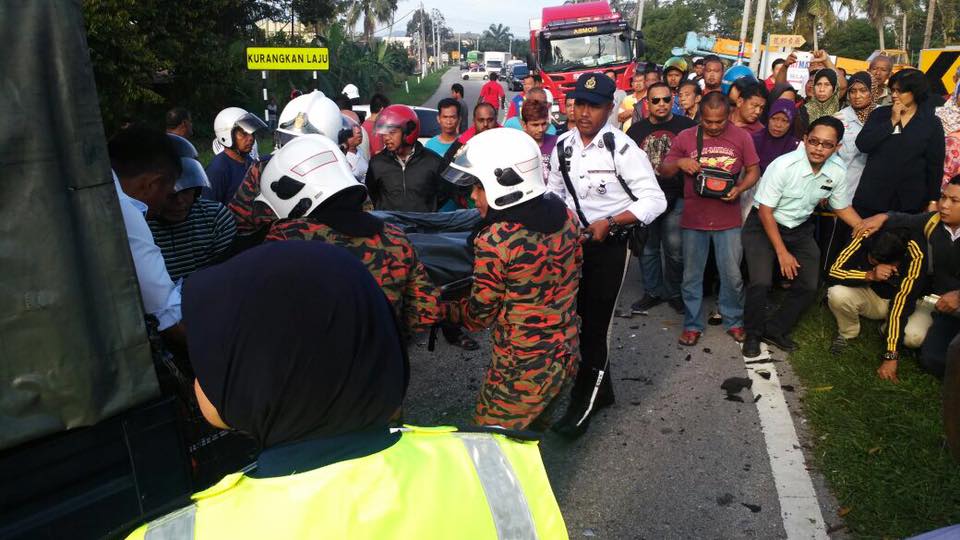 This serves as a grim reminder to everyone not to recklessly overtake vehicles, especially for those super impatient drivers out there.