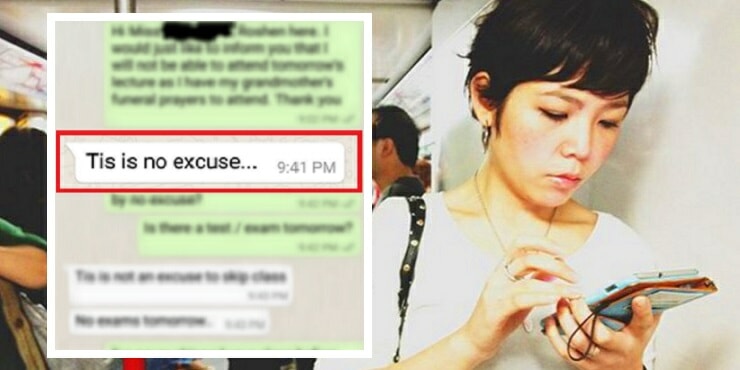 Ouch, that’s some next level stuff man. I can smell the kiasu from here.

A student in a Malaysian private university, recently received news that his grandmother had passed away and that he had to attend funeral prayers.

Since the date happened to be a school day, he considerately messaged his lecturer on WhatsApp to inform her of his absence. What came next though, took him by surprise. 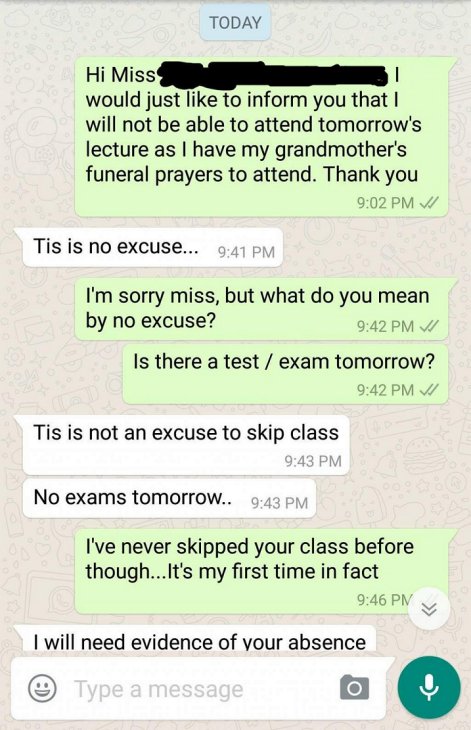 “Tis is not an excuse to skip class”. Wow. Firstly ‘Tis means ‘it is’ so that’s grammatically wrong. But then again who am I to judge. 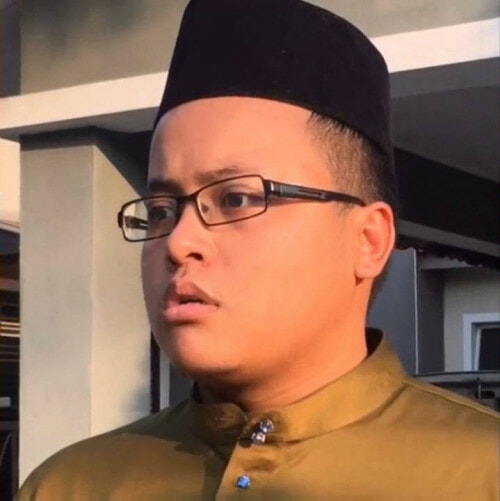 Anyway, following that, she asked for proof, presumably of his grandma’s death. The student who was understandably annoyed at the silly question asked ‘how would he get evidence for a funeral prayer’.

The teacher was not sympathetic about his situation and basically said that was his problem. Probably assumed that he was lying. 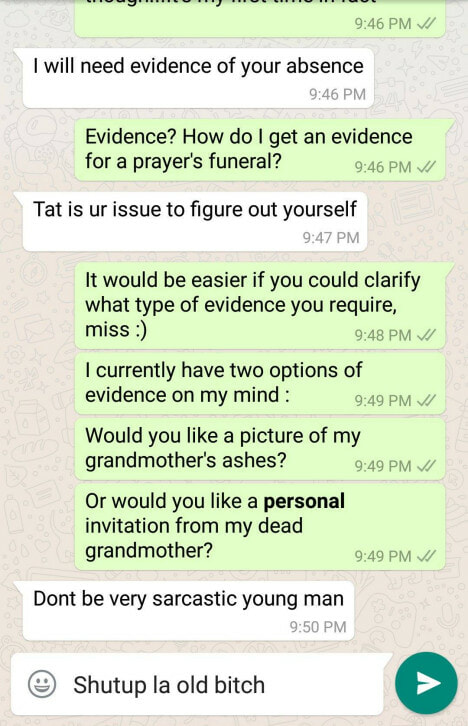 The student then took to twitter to post his dissatisfaction and it unexpectedly went viral. At the time of writing, it already has 10.3K retweets and 3.6K likes.

Since the incident, the lecturer buat tak tau and simply asked for him to present a death certificate the next day.