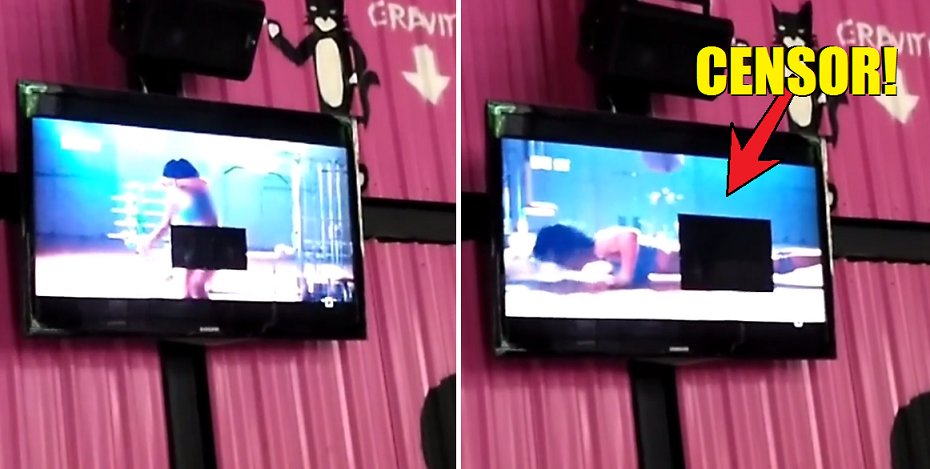 Censorship is common in every country. It’s just the degree of the censorship that we have to look at.

Recently, Facebook user UFai Lim posted a short clip he captured while he was at a night out with some friends. A music video was playing on the TV when it captured his attention. 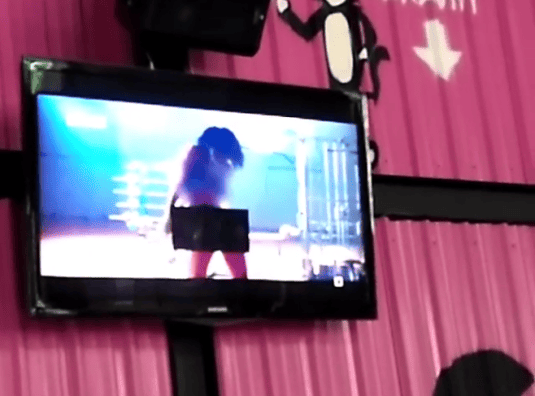 No, this image taken from his video was NOT edited by UFai nor World of Buzz. This was exactly what it was showing on the television!

UFai mentioned that it was a music video playing on the MTV channel. He captions, “Watching #MTV in year 2016.”

Although a cover of “Fight Song” can be heard playing in the background of his video, the censored music video was actually from Kanye West’s Fade. And Fade is what this MV shall be! 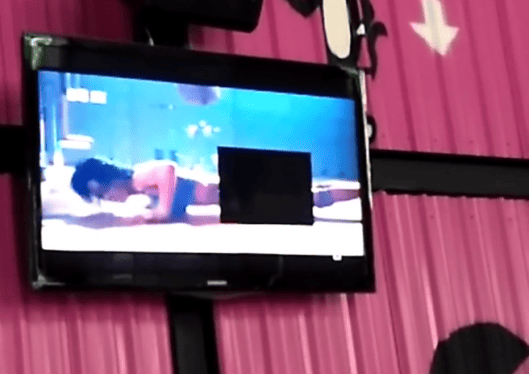 “I was drinking then I saw this ugly black box.. I thought it was some design. And because it was so ugly, I watched it for a while only to realize it’s actually censorship haha.”

It’s almost hilarious though, to watch the black box awkwardly sway together with the girl dancing in the video.

However, not only is there a huge black box awkwardly following the girl, her chest area is blurred out too.

Now if you’ve watched the original music video Fade, I suppose it’s kinda understandable why they wanted to censor her bottom since she was only wearing a thong. (Although it’s also important to note that the MV did not exude any sensuality as the girl is doing a well choreographed dance instead of tryna grind up another guy.)

Anyway, is having the huge black box and blurred chest throughout the 3 minute 40 second video really the best way to do it? 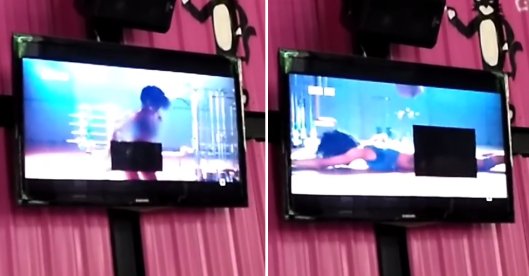 You’d think it would’ve been better if they replaced the MV with a blank screen or did not play the song at all at this point. Because in all honesty, that super censored MV was really cringy.

What do you guys think? Is Malaysia going backwards with this extreme censorship? Or is the black box in the music video okay? Let us know!