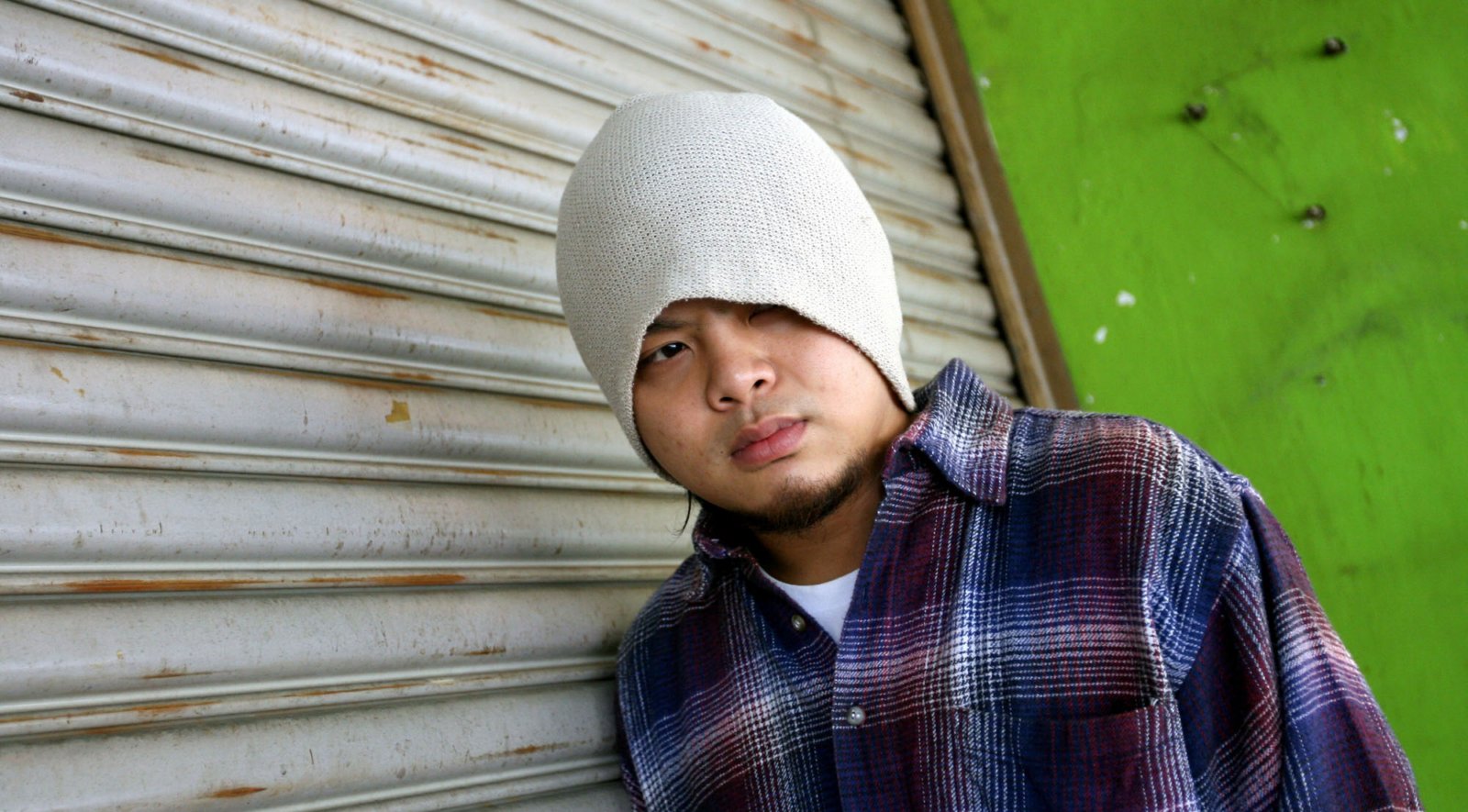 We have all watched the infamous, ground-breaking Negarakuku and had a good laugh about it, and this time the Johor-born singer, rapper, director Wee Meng Chee (better known as Namewee) who’s famous for bringing up controversial matters of the country is in trouble once again.

Ironically, ‘Oh My God’ — his latest track has gotten him under the radar of authorities, according to the Malay Mail. 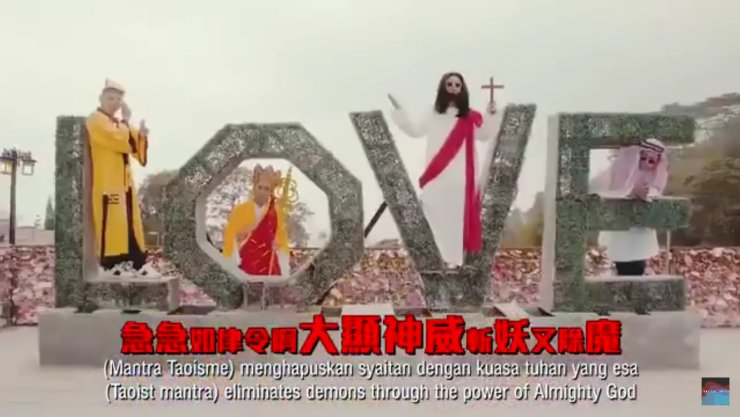 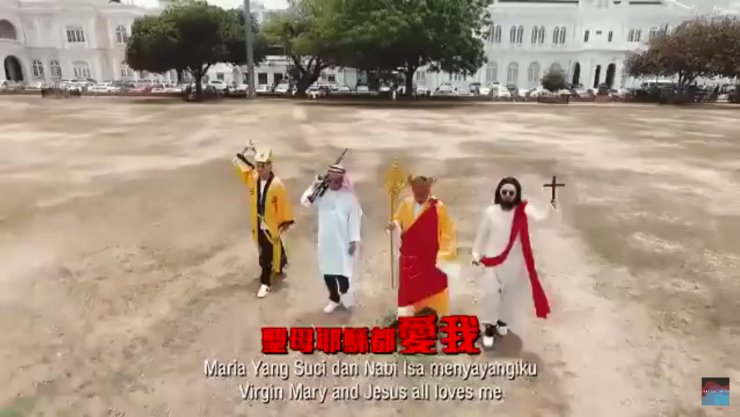 The controversial track that makes fun of a few main religions of Malaysia — Islam, Christianity, Taoism, and Buddhism has drawn the attention of a few NGOs that have lodged police reports against the singer for insulting the Islamic religion.

Not a big surprise, but the big commotion was because part of the music video was filmed at a mosque; Masjid Terapung in Tanjung Bungah, Penang to be specific.

As such, the case is currently investigated under the Penal Code (Section 295) for the desecration of a place of worship.

Actually.. how did they manage to step into a mosque in the first place? 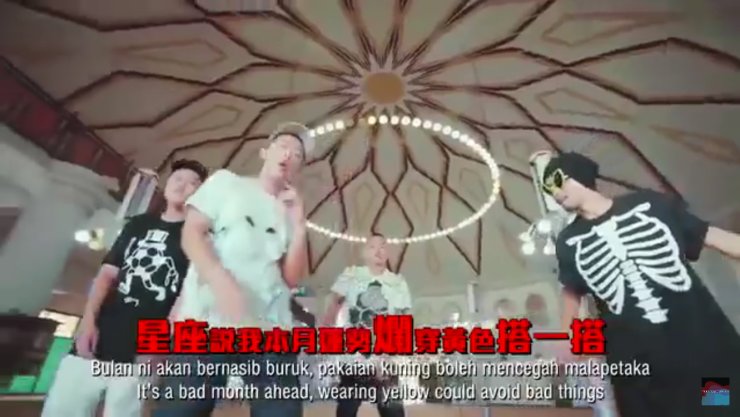 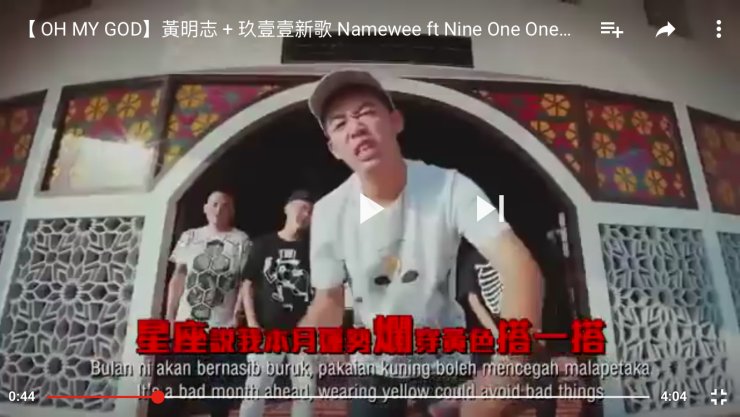 Luckily enough for Namewee, his arrest is not carried out just yet as he’s currently out of the country, reveals Penang Northeast district police chief Assistant Commisioner Mior Faridalathrash Wahid. His location will not be disclosed as investigations are still underway.

“But our records show that he is still overseas.

“We will arrest him as soon as he returns to Malaysia to help in the investigations on the video clip recording which has been said to have spread through social media platforms like Facebook and Whatsapp last week,” he said according to Utusan Online.

Besides filming the video in a mosque, Namewee, and the band, Nine One One 911 who collaborated in making the music video also filmed in other religious places, like the temples and church. The video depicts four men of each religion travelling about, singing about their beliefs in a sarcastic manner, and performing acts that are prohibited by certain religions.

Amongst the most glaring ones is a Chinese man dressed in an Arabic robe eating pork, gambling, and having a Taoist talisman pasted to his forehead. 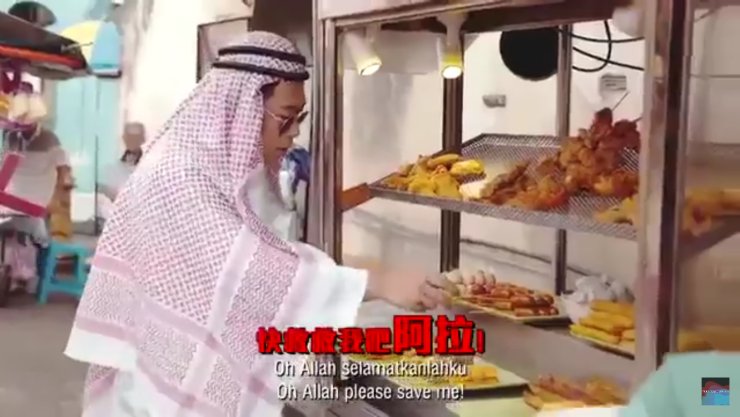 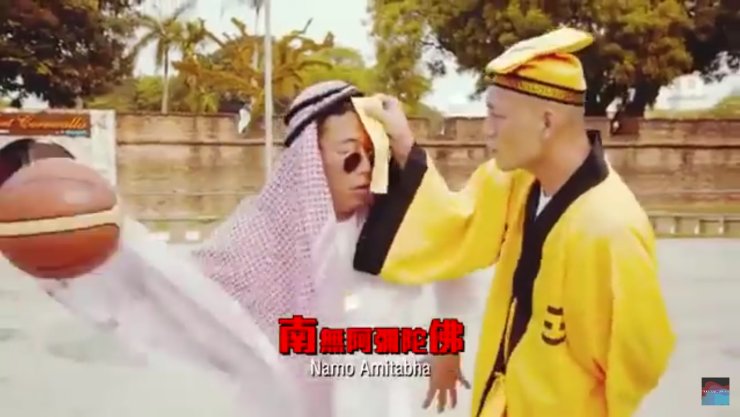 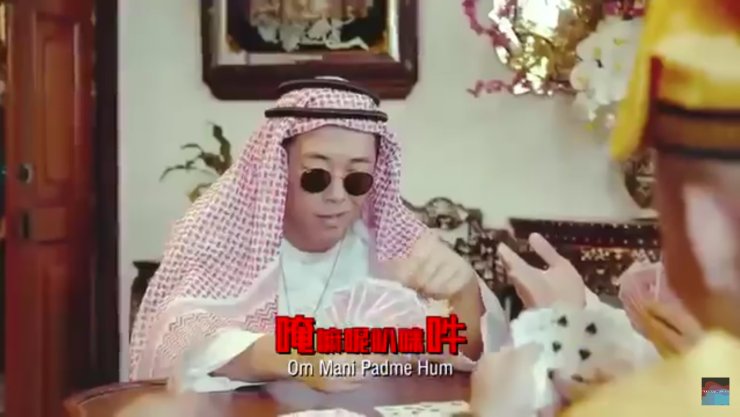 But it doesn’t look like the controversial artist is going to let the allegations sit. He took to his Facebook page to address the accusations.

“Stop your slander and allegations that I insulted Islam. For your information, Namewee is the first Chinese singer in history to have sung a duet together with a Nasyid singer as Yasin Suleiman,” he wrote in a caption of a new music video he shared on the page. 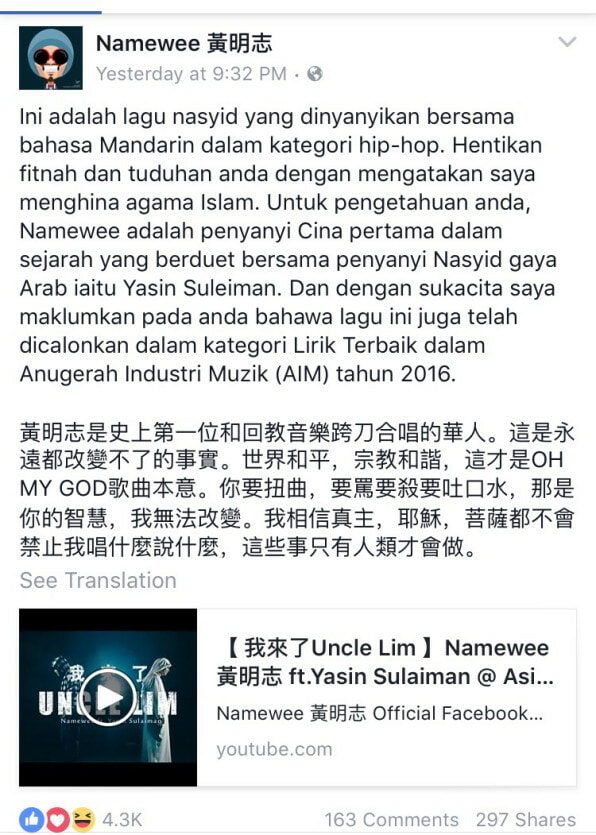 So did he insult the religions or should people take these things more lightheartedly?