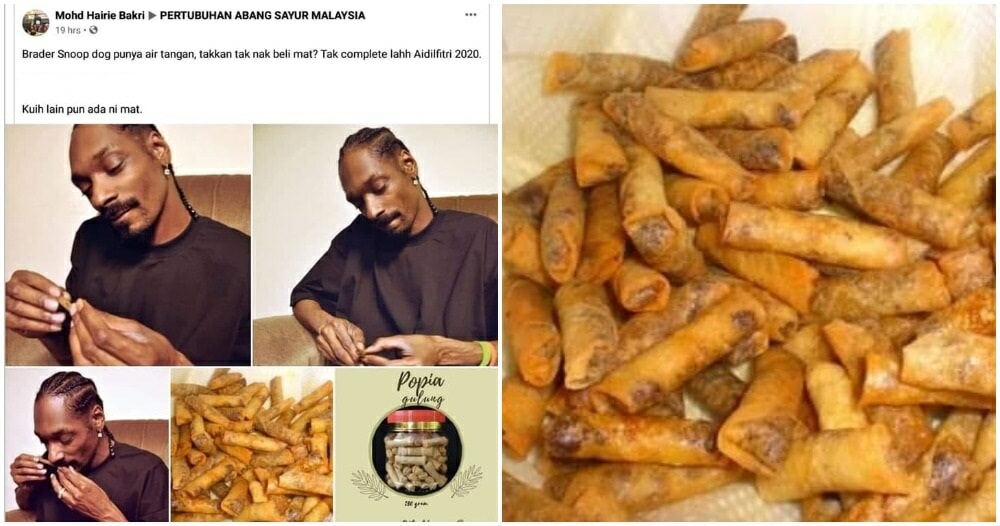 During this MCO/CMCO, lots of us have been experimenting in the kitchen, whether it’s with Dalgona coffee, making Famous Amos cookies or just folding up our cereal boxes.

Recently, a man posted a clever post on a Facebook group to market some of the kuihs that he is selling! Members of the group found that post funny and creative, so they kept sharing it and then it went viral. His post was even made into a meme! 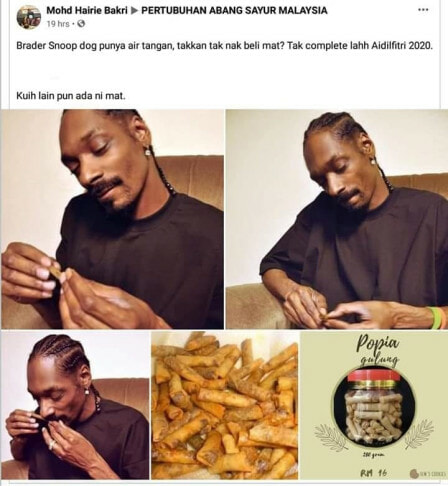 “This is the product of brother Snoop Dogg’s hands, of course you would buy it right? Aidilfitri 2020 will not be complete without this.”

Along with the caption, he inserted three pictures of Snoop Dogg rolling a joint (rolled cannabis cigarette) which looks like one of those mini popiahs.

The comments don’t disappoint as well.

“His eyes look tired. Must have had a lot of orders so he worked till late.”

“If we eat this popiah then we would really be celebrating Raya at the moon.”

When contacted, Mr. Hairie said he does not sell those mini popiahs but he sells other kuihs such as cookies and kek batik. So if you’d like to order, then you can PM him on Messenger.

That is certainly a very creative way to market a product! What do you think about this? Tell us in the comments!