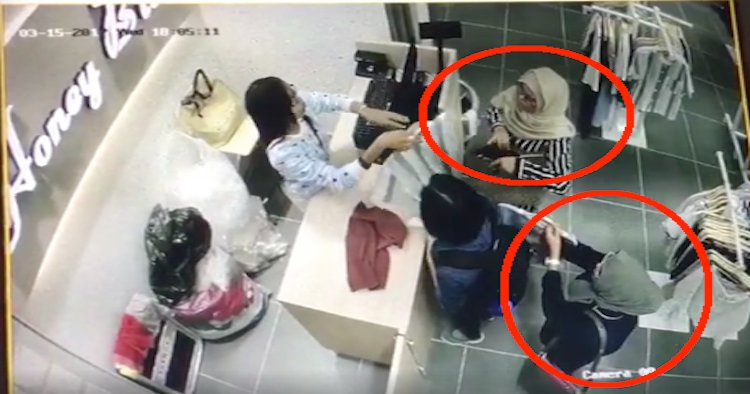 It appears pickpocket cases are on the rise in malls throughout Malaysia.

The most recent case took place on Wednesday (15th March). A young woman named Elaine had her phone stolen as she was shopping at a store in Sunway Pyramid’s Asian Avenue and took to Facebook to warn other netizens. 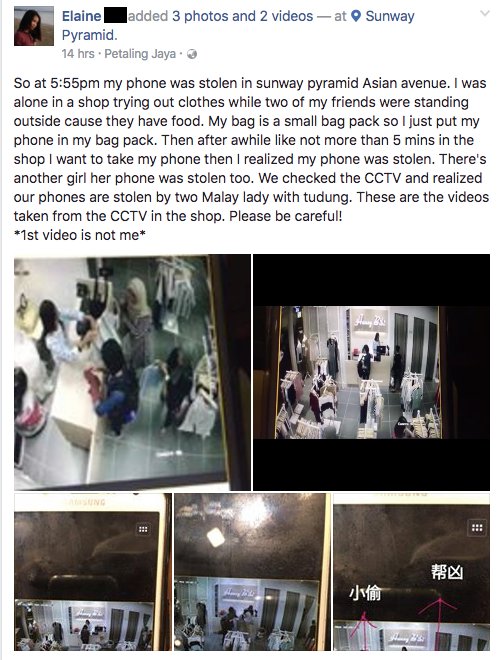 In her post, Elaine said she reviewed the store’s CCTV footage after she realised her phone went missing.

Sure enough, she managed to find footage of a woman discreetly taking her phone out of her backpack while she was looking at clothes. Another lady in a striped shirt was standing close by. 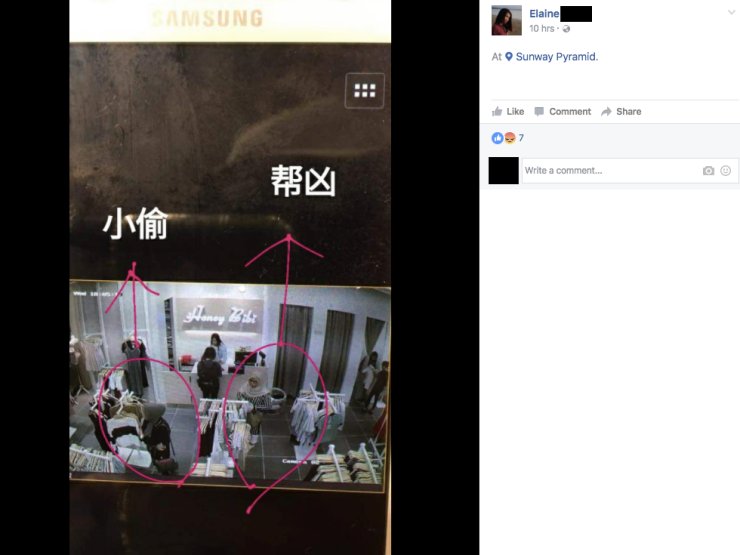 What’s worse is that it looks like another customer’s phone was also stolen in the same store!

CCTV footage from another angle shows the same woman discreetly taking another customer’s phone out of her backpack while she was paying at a cash register. The woman used an item of clothing to hide what she was doing from the cashier. 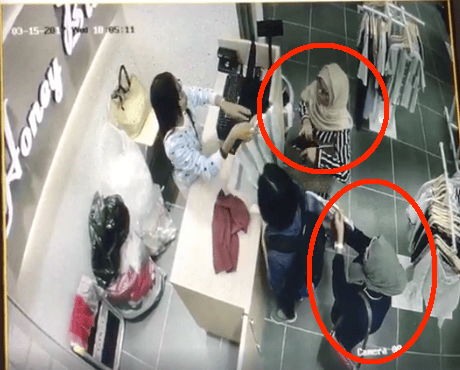 Elaine also believes the other lady in the striped shirt standing next to the second victim was in cahoots with the thief. Based on the CCTV footage, it looked like she distracted the cashier as the other woman went to steal her phone.

We urge the public to always keep a close eye on their belongings. Especially when there has been numerous cases in the past year, usually happening in clothing stores in malls.

Watch the CCTV footage below. 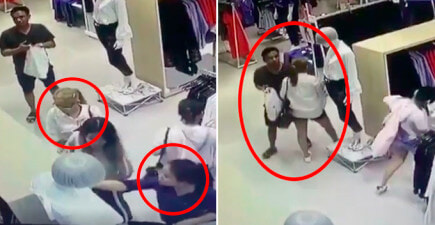