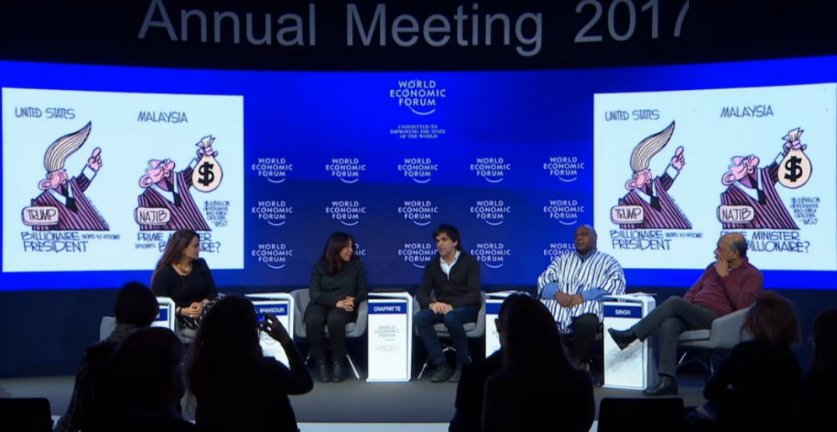 Zulkiflee Anwar Haque or Zunar, as he is commonly known, is a famous cartoonist in Malaysia and is well known in the international arena as well. 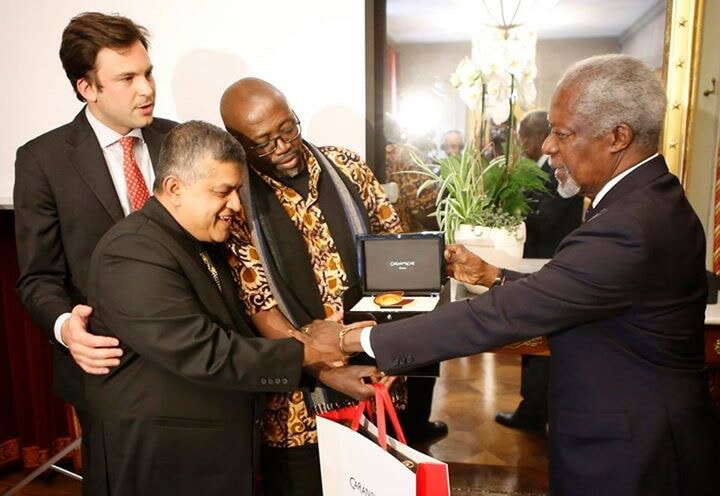 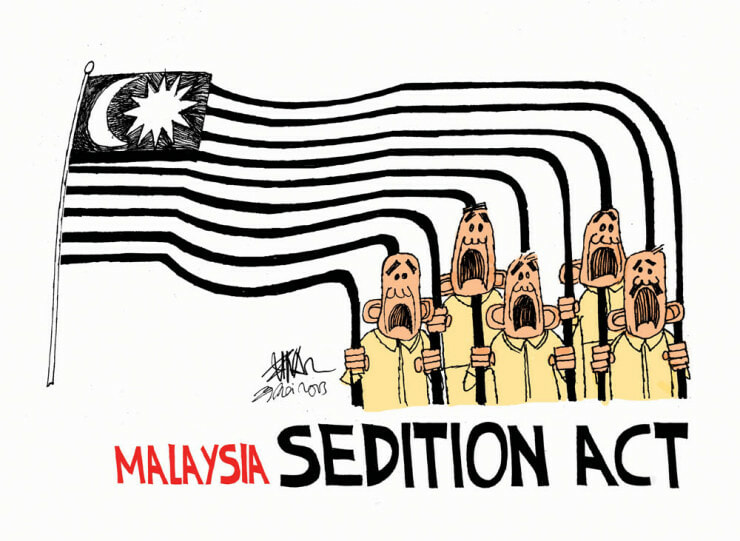 However, the cartoonist is currently under a travel ban due to the artwork he created. His case was highlighted during a session titled “The Art of Dissent” at the World Economic Forum that was held in Davos, Switzerland.

The cartoon shown on the wide screen was one where he drew billionaire Donald Trump becoming the President of the United States of America and Prime Minister Najib Abdul Razak becoming a billionaire. 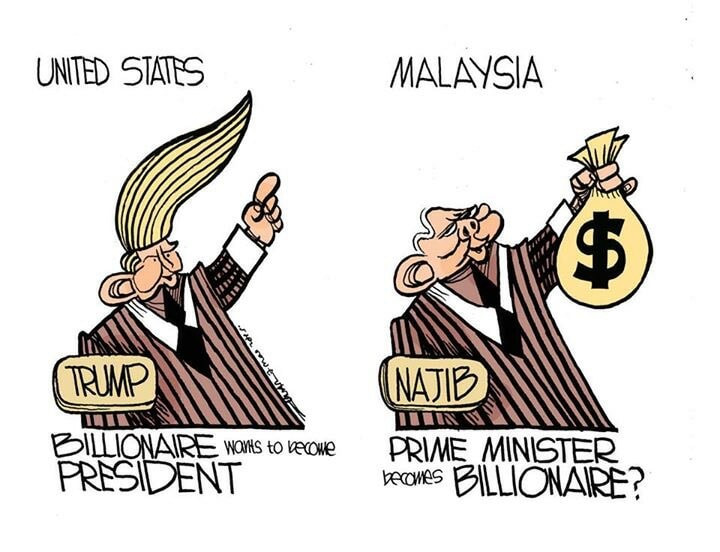 When the cartoon was featured on the wide screen on stage, the Globe Cartoon’s editorial cartoonist, Patrick Chappatte said,

“This is the cartoon he did on the prime minister of Malaysia, who as you may know, has been involved in a huge corruption scandal (in) the public fund of Malaysia. A lot of money ended up in his account. Zunar has been relentless in denouncing the corruption of the government.” 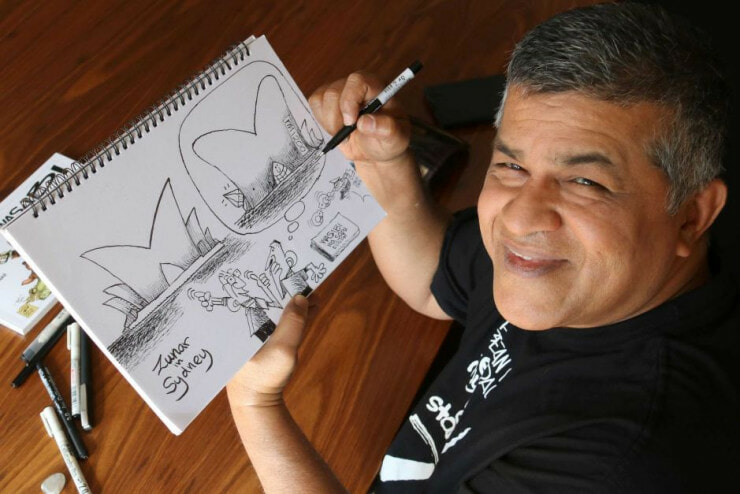 Chappatte also told the audience about Zunar’s prosecution by the government under the Sedition Act. Because Zunar stood up for what he believed is right and denounced corruption, he is now facing charges that can put him in prison for up to 43 years and will be up for trial next week. 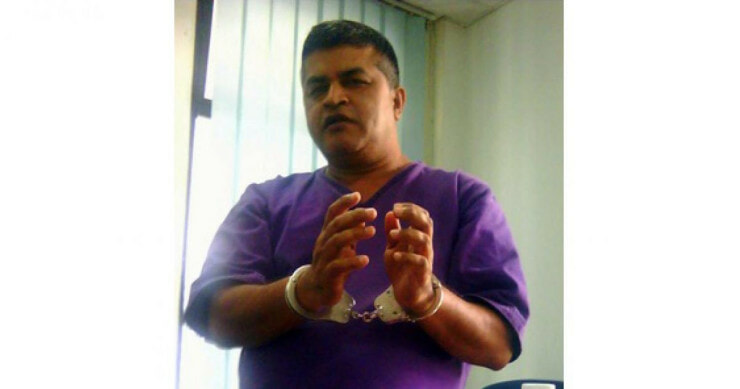 However, a notable absence from the forum was Najib himself. Mustapa Mohamed, the International Trade and Industry Minister was there in his stead.