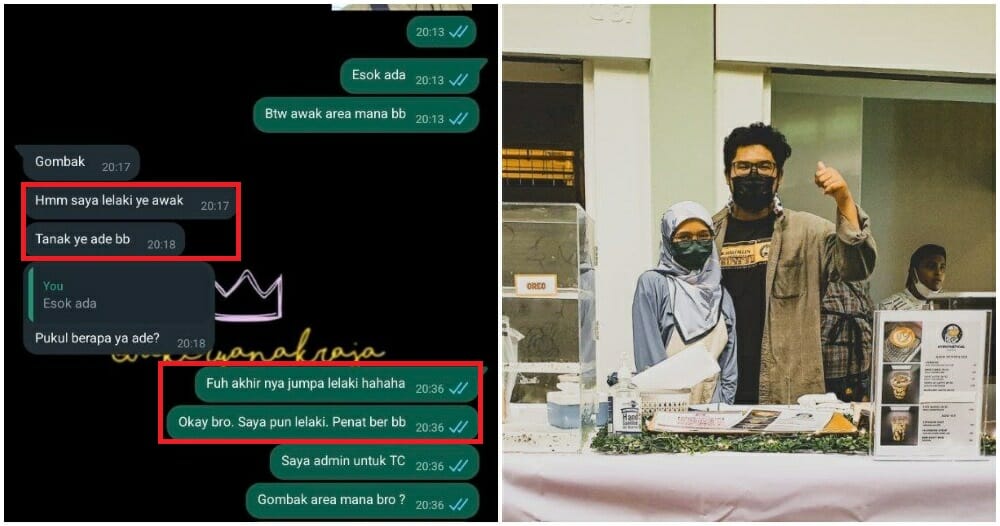 Sellers in Malaysia such as your favourite nasi lemak stall mak cik and your online cookie seller will always refer to you with pet names such as “sayang” or “dear”. These days, people also use “bb”.

One such seller is Triplet’s Cakery (TC) which is based in Gombak, Selangor.

In a series of tweets that have gone viral, Balqis Najwa, 23 also known as Nourel, has shared a plot-twisting exchange between their admin and a customer.

If no one call u as 'dear' or 'bb', online sellers will. But, this time it's different. pic.twitter.com/gwvnfMJAL0

The conversation starts off with the admin asking the customer which area they are based in while referring to them as “bb”.

The customer, however, told the admin that he is a man and he would prefer to not be called a “bb”.

In a turn of events, the admin revealed that he is also a man and he is tired of referring to everyone as a “bb”. Starting from there, we can see a true change in his messages as he began to address the customer as “bro”. 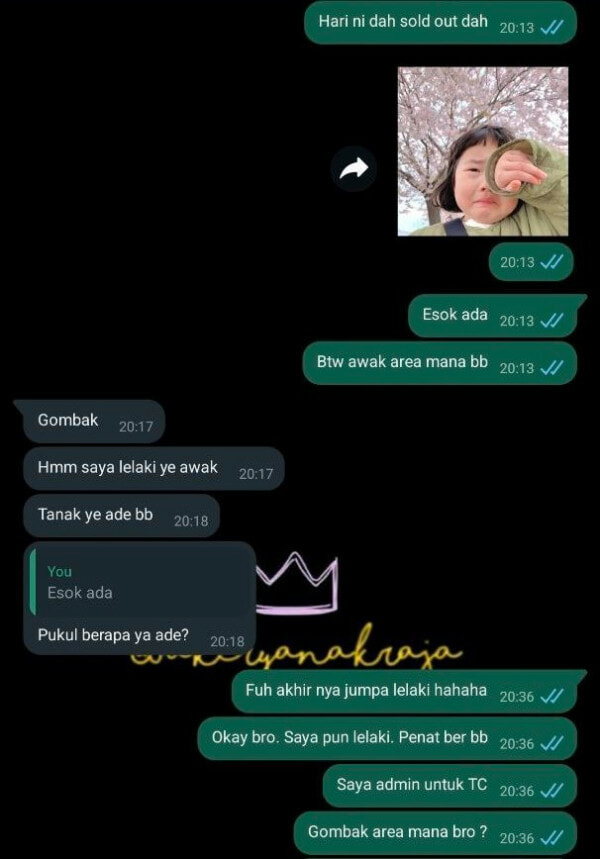 Balqis Najwa, one of the admins told WORLD OF BUZZ that her fiance, Raja Muhammad Mursyid, 26 was handling the account at that time.

When he saw that Balqis had previously referred to the same customer as “bb” he went with the flow. The customer has probably had enough of the “bb’s” so they clarified that they did not want to be referred to as such.

Netizens were very amused with the exchange and said that this meme describes the situation perfectly.

Some netizens have said that they don’t mind what they are called as long as they are able to put their orders down.

“If it’s me I wouldn’t care what they call me just as long as I can place my order, pay for it and the order gets delivered. I only care about the quality of the product.”

While others do have a preference about what they want to be referred to as.

“Even though I am female, I also do not like people referring to me as bb or dear.”

Well, all of the concerns are valid. So, moving forward, the bakery has said that they will do their best to be more professional in replying to messages in the future.

Well, even though it meant no harm, it’s certainly good to use more gender-neutral terms when talking to customers!

Have you ever been called bb by an online seller before? Let us know what you think of it in the comments. 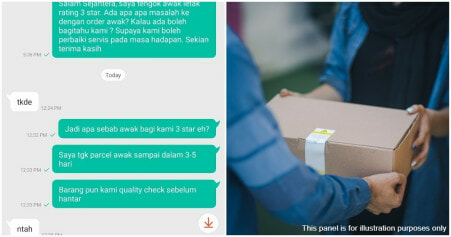