They say true love truly is a powerful thing. Although we may not have magic powers like characters in Disney movies, we still express our love through normal everyday concerns.

Tun Dr Siti Hasmah was one such person who expressed her deep love for her husband, Tun Dato’ Seri Dr Mahatir. It was during the Bersih 5 rally which took place on November 19, 2016. 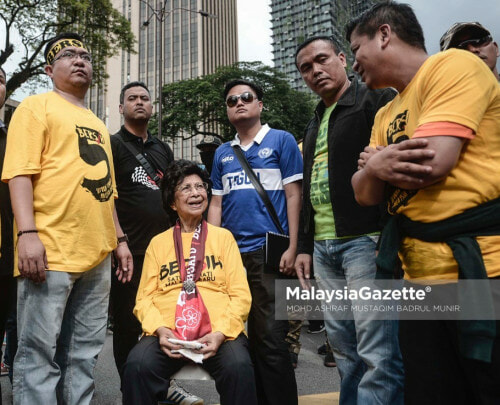 Adam Mukhriz was right beside Tun Siti throughout the peaceful march and he shared the beautiful story onto Facebook.

“Tun Dr Siti Hasmah was seated far from Tun M just now who was on a truck. When Tun M was giving his speech, he coughed a few times which Tun Siti heard and stood from her chair.”

“Adam I want to sit there. Worry lah.“ 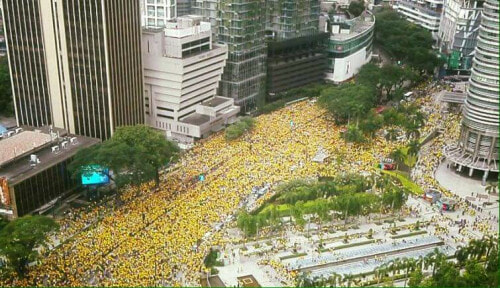 However, they were unable to move due to the massive yellow crowd. Soon, as the clouds darkened and it looked like it was about to rain, Adam passed a disposable raincoat to Tun Siti. But her reply touched every Malaysian’s heart,

“Adam, I am worried about my husband. He cannot be drenched in rain.”

Adam was extremely moved by Tun Siti’s love and concern as she emphasised how her husband cannot get wet in the rain.

“While I was escorting Tun Siti, my tears were falling. But luckily the rain covered it so it wasn’t obvious. I can see she is everything to Tun M. It is difficult to find a wife like that.”

“Both of them have sacrificed a lot for us. They put the country above themselves.”

In a separate post, Adam then uploaded a picture of what Tun Siti was worried about. “Tun Siti really should be worried. When Tun M asked to sit, he was actually already panting. His hand was on Anas’s thigh as though to withstand great exhaustion.”

“Tun M is strong because of us and our prayers. He could be sitting at home enjoying life with his family.”

Of course, as a 91-year-old man with a heart condition, it really is important that he gets enough rest and stay away from stress.

“But he feels guilty if he just stays quiet. For him, as long as he still has the strength, he wants to devote himself so that when he finally closes his eyes, he can do so happily one day.” 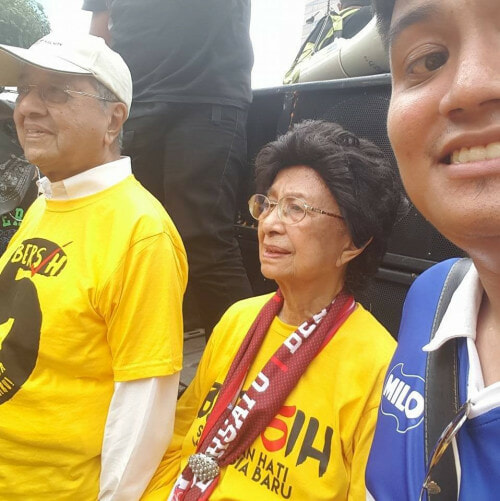 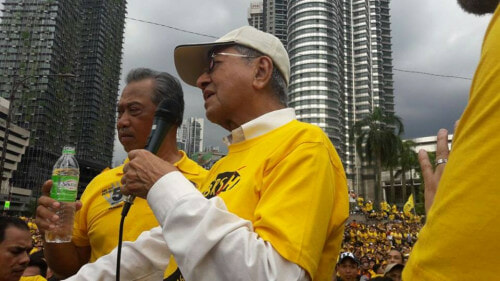 After both posts went viral, Adam stepped onto Facebook to write yet another post praising the country’s power couple, Tun M and Tun Siti.

“I find that Tun Siti is a great human being. She is so great for prioritizing her husband over herself even though she is much older. Tun Siti is older in a physical sense and yet she still put her husband’s health first.”

“Tun M will not stop his steps. Tun M is determined in his intentions. His fight will not end. He gets more determined and stronger when given great pressure.” 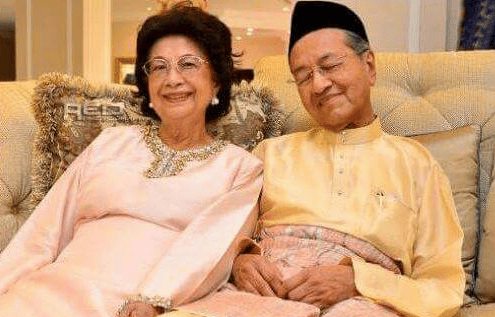 Keep the love strong guys. Both of them are the true meaning of relationship goals.