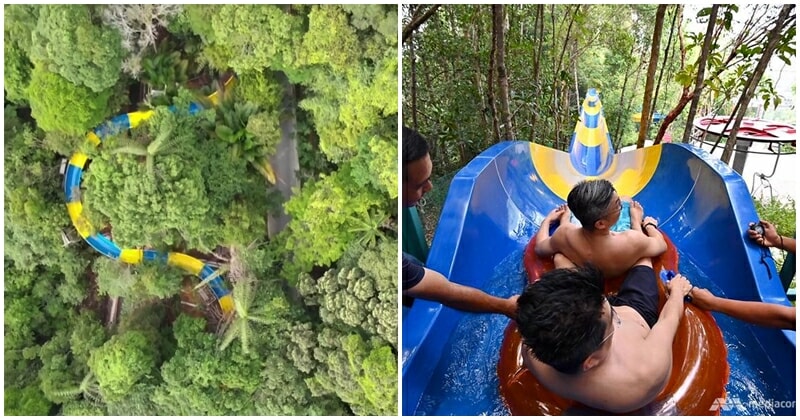 Nothing brings out your inner child better than a water slide.

With water parks around the world trying as hard as they can to get above the competition, it is the one in Penang that is becoming the talk of the town as it now possesses the WORLD’s longest waterslide.

Measuring at 1,140m long, the slide is an attraction of the Extreme Theme Park Penang which opened its doors to thrill seekers last August, doubling the length of the previous record holder of 602m.

According to netizen @Iamsyieddy, the ride takes about 5-minutes to complete!

Decked by luscious greenery, the ride is not only long but is an attraction on its own by giving thrill-seekers a chance to whizz through the Malaysian rainforest without having to hike.

Being Malaysians, netizens commenting on the tweet expressed some concerns among them talking about the threat of wild animals and if one were to get stuck on the ride.

“Imagine seeing snakes on the ride…How would you escape it?”

“Imagine getting stuck on the slide.”

Surely not for the faint of heart, share with us your experience of riding the world’s longest water slide in the comments section below.

Also read: The World’s Longest Slide in Penang is Opening this October & We’re So Excited! 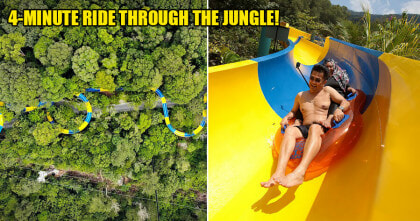