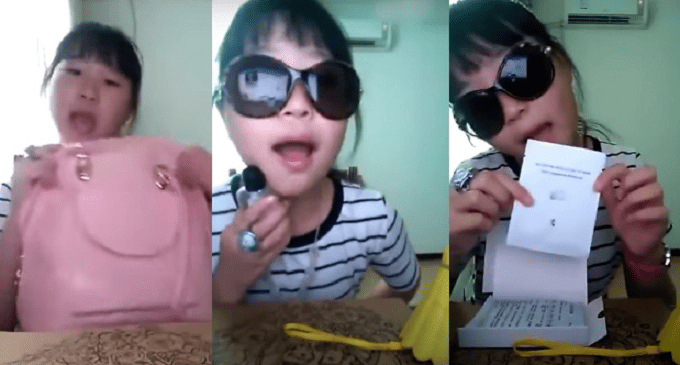 A Chinese school girl has set the Internet ablaze with a self-filmed video of her smugly showing off her “luxury” goods whilst goading her viewers as poor folks.

In a five-minute long video, the little girl huffs and puffs about her materialistic goodies, all presents from her parents while they were overseas. She makes a keen note on each item’s price and which country it was bought from.

After displaying each item, she reminds her viewers of their inability to buy such bling, as they are poor peasants.

Her net worth consists of:

A pink handbag her mother brought back from South Korea.

A Hello Kitty watch, ‘haute couture’ for y0ung girls alike to snarl in jealousy which her father also brought back from South Korea.

A shuttlecock-shaped electric can, bought in the US. She even shows herself relishing the breeze from it’s shuttlecock-inspired strength.

A pair of very “stylish” sunglasses. Clearly, the rich are blessed with style. 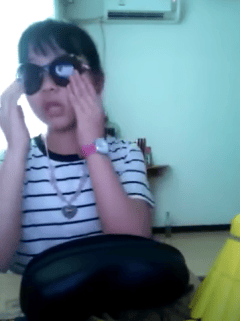 Then there’s her 200 yuan (RM122) lip balm specially bought from the US by her mother. 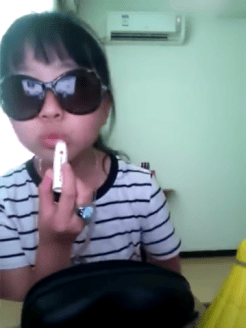 And hand cream from South Korea – poor peasants can’t afford this as it costs 500 yuan (RM300). 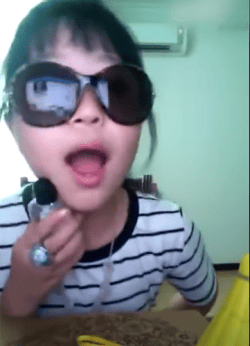 She continues to wax lyircal about her other luxury wares in her possession, but you’d have to watch the video to see all of it. There’s only so much the human ego can take.

Netizens who saw the video were quick to fire back:

“This girl’s parents apparently traveled all around the world without taking her along,” lamented one netizen.

“This kid has too little homework to keep her busy,” wrote another.

“I would have slapped her across the face if I were her parent,” one remarked.

One netizen joked, “She is probably the least valuable item in the household.”

Then again, it’s pretty sad to see such a little girl already so consumed by material goods. Capitalism vs Communism anyone?

All dissing and jokes aside, this girl’s materialistic behaviour must stem deeper and most likely originate from her parents. It’s common to see it within kids whose busy parents buy affection through ‘things’ instead of showing it through time, effort and emotion.

Maybe her parents bought all these goodies as they felt guilty for not letting her tag along? Who knows. Here’s to hoping the girl grows up to be more of a decent human being.