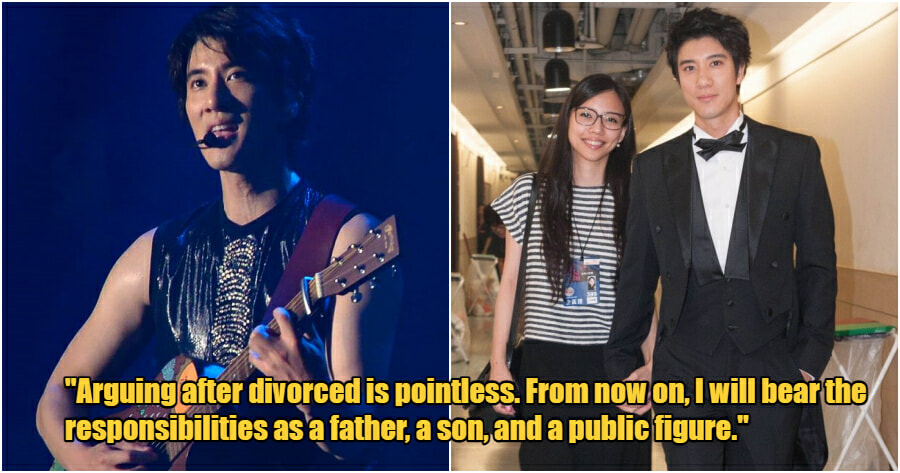 Last week, fans of Wang Leehom was shocked by the news of his alleged infidelity and hiring prostitutes throughout his marriage with his now-former wife, Lee Jinglei.

Following the expose by his ex-wife, the US-born China pop star, Lee Hom had publicly apologised via his Facebook post on Monday (20 December). He put all the blame on himself for his failure to manage the marriage and causing immense trouble to the family, as well as not providing an image that an idol should have to the public. 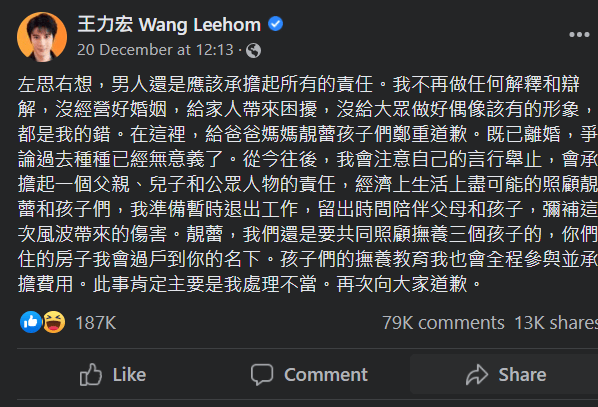 “Arguing after divorced is pointless. From now on, I will bear the responsibilities as a father, a son, and a public figure.”

He also stated that the house in which he and Jinglei were living in during the marriage will solely belong to her soon. In the meantime, he will be fully responsible for their children’s education and the expenses, as well as raising them.

Additionally, Lee Hom also announced that he will temporarily stop working to spend quality time with his children and his parents to make up for the “storm” that he had created. 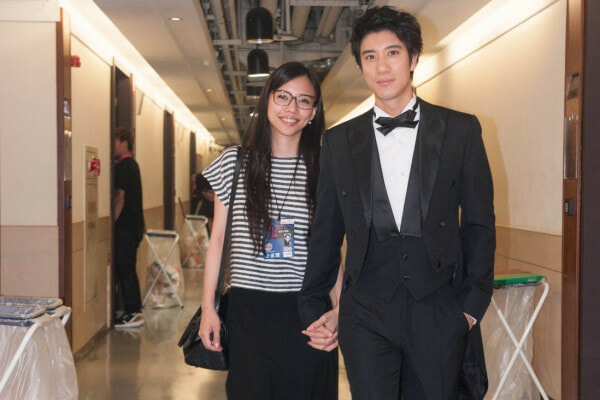 On the other hand, ex-wife Jinglei has since responded to his public apology via a letter yesterday on her Instagram account (23 December), stating that she wants to end the drama, once and for all.

“An apology is important. Without it, the person will never feel regret and will not change.”

Jinglei also responded in the letter to the allegations that claimed she refrained from suing her ex-husband after being offered the house. She said that it was never about getting the money or revenge and that she will not accept the house from Lee Hom. She also added that since he had apologised, she would want to take this as a new chapter in her life.

When it comes to the children, she said that she just wants them to have a healthy family. 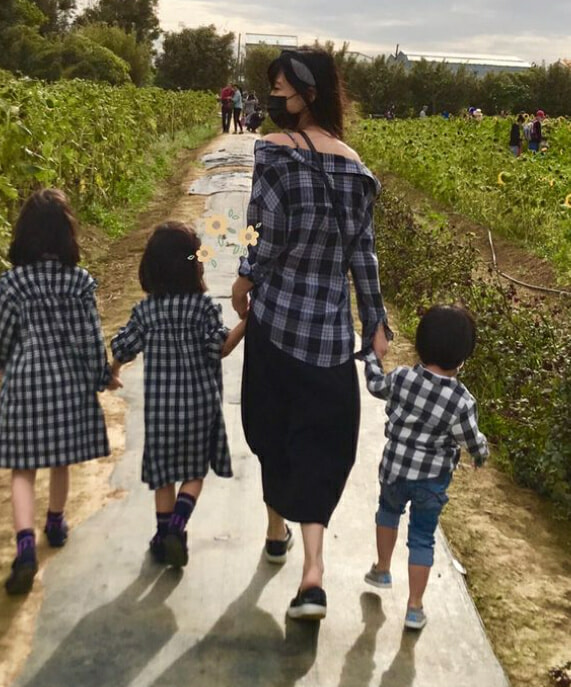 “In this new journey, I will provide them any help and support that they need, and hopefully when Lee Hom has changed into a better person, the people will continue to support him.”

She also hopes that her marriage experience will someday be a lesson to her children and that they will understand people are bound to make mistakes, but what matters is the willingness and efforts made to change.

She ended the 3-page letter by apologising to the people who are involved in this drama, and she hopes the matter will end now. 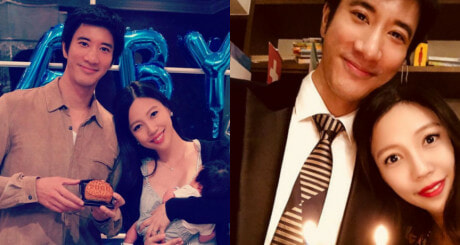