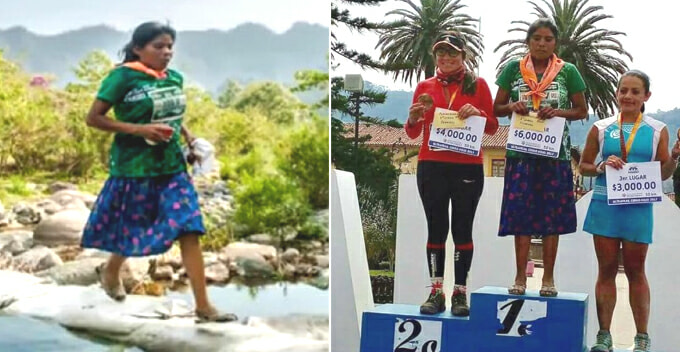 Hold on to your jaws guys, ’cause this lady’s super-impressive achievement is just jaw-dropping!

On April 29, a Mexican lady named María Lorena Ramírez wowed the world when she won first place in an ultramarathon. And she did it while wearing a dress and a pair of sandals! 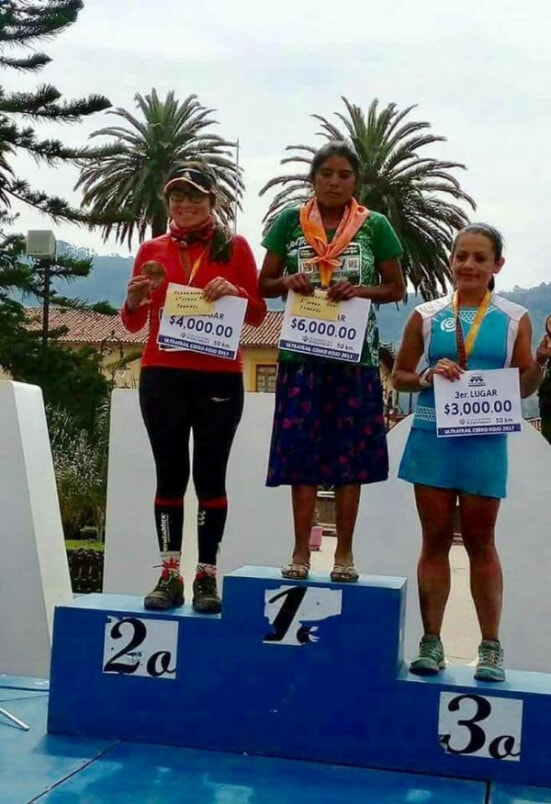 According to BBC, 22-year-old María defeated 500 other competitors in the women’s category in the Ultra Trail Cerro Rojo that took place in Puebla, Mexico.

She covered 50km of ground in seven hours and three minutes. And she was rewarded with 6,000 pesos, which is approximately RM1,390! 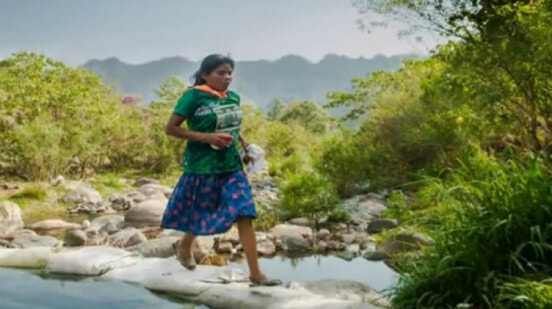 While other runners were clad in branded sportswear such as Nike and Adidas, María was wearing a regular green-coloured T-shirt over her purple dress and a pair of home-made sandals made from recycled tyre rubber.

If you think she’s a professional runner who has been training for years, then you couldn’t be more wrong, because María is a herder who walks 10 to 15km every day to herd goats and cattles.

Last year, María came in second place in the 100km category when competing in the Caballo Blanco ultramarathon, which took place in Chihuahua.

It was reported that María belongs to a Mexican indigenous community called Tarahumara, who are well-known to be skilled in running long distance, according to a marathon runner, Christopher McDougall who wrote the book Born to Run.

It was said that this group of people traditionally live in widely-dispersed settlements, which meant they had to run long distance in order to visit neighbouring villages, and to hunt and trade.

Besides, they also run in groups to offer each other support, and to teach the youngsters how to pace themselves when running long distance. Can somebody give María a role in The Maze Runner already?

To stay hydrated and maintain continuous energy, they also drink large amounts of corn beer, which is loaded with carbohydrates. All the more reason to drink guys!

And instead of Nike shoes, they either run in their thin, home-made sandals called ‘huaraches’, or nothing at all! Kaki ayam je.

So guys, still think you need a pair of Nike shoes to start running? Yeah, thought so. 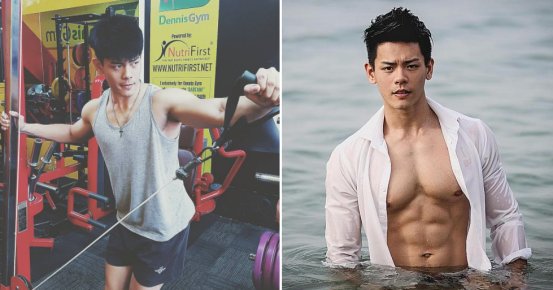