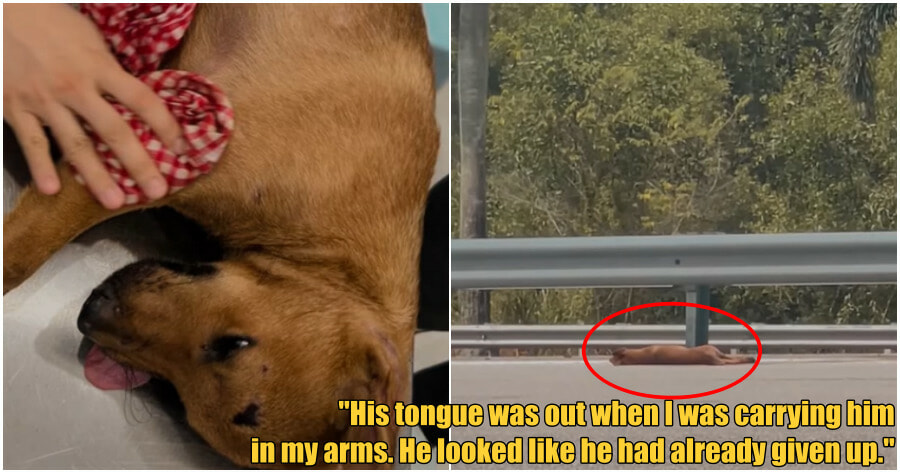 Hit and run cases involving people are a criminal offence but unfortunately when it comes to animals, we can still see them lying on the roadside hours after being hit by a vehicle.

It is only when a kind passer-by sees the animal that they would go out of their way to rescue the animal.

Recently, a Malaysian shared on his Instagram @iamyuvabalan how he discovered a dog lying still in the middle of a highway.

The Instagram reel captioned “NEED YOUR HELP!” shows a distant view of the dog lying on the road, unmoving. 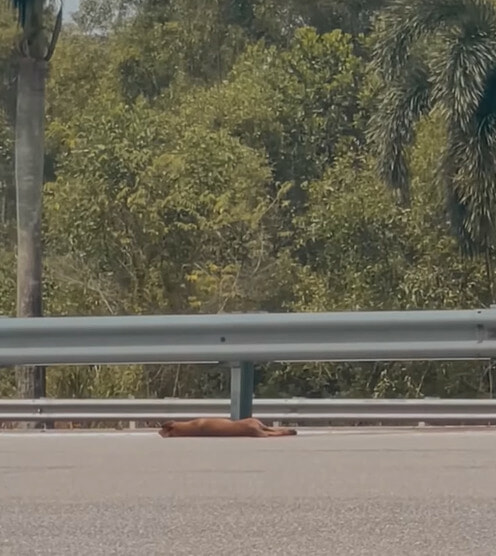 According to Yuvabalan, it was a really hot day and no one was helping the dog who was breathing heavily, probably from exhaustion and heat.

“His tongue was out when I was carrying him in my arms. He looked like he had already given up,” said Yuvabalan. 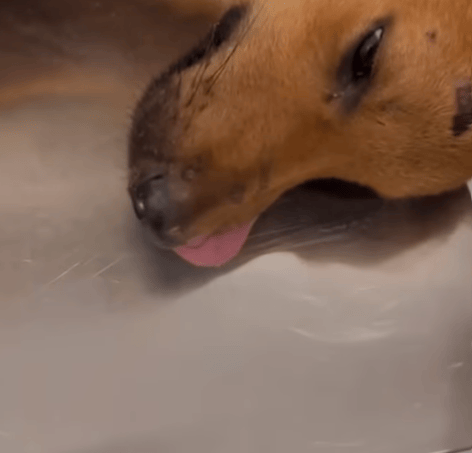 Yuvabalan also claimed that he could feel that the dog’s bones were broken when he was holding him.

Worried for the poor furkid, he immediately rushed the dog to a clinic near his place that he frequents.

There, the doctor advised him that since the dog’s condition is critical, he has to be admitted to a veterinary hospital within the next 24 hours.

The dog was rushed to the Gasing Veterinary Hospital however he was still unable to be treated because he had to be stabilised before X-rays and surgery could be carried out. 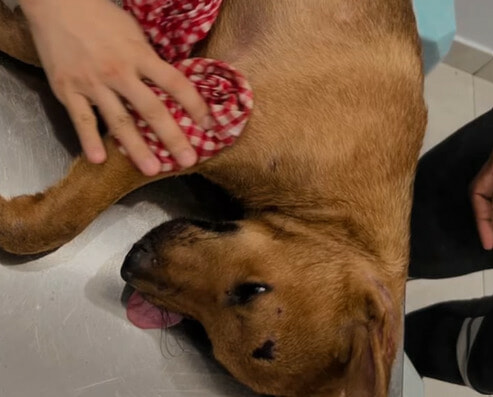 As of now, the medical bill that has been paid by Yuvabalan stands at RM800. It covers the dog’s stay at the hospital and medications.

Nonetheless, there are concerns that the dog’s medical bill could be much higher once he is stabilised and his treatment can proceed. 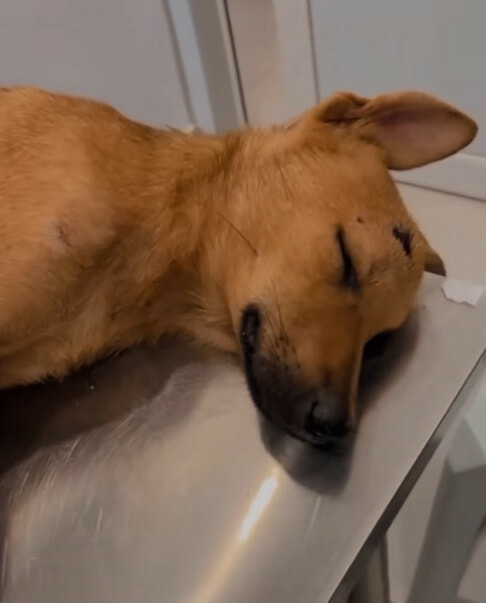 Following this, Yuvabalan is asking for the public’s help in footing the dog’s medical bill through donations, although the total amount is unknown for now.

“I would be very grateful if any of you guys could help me in settling the medical bill from now onwards. Any amount is welcomed. Your contribution could save this boy!” 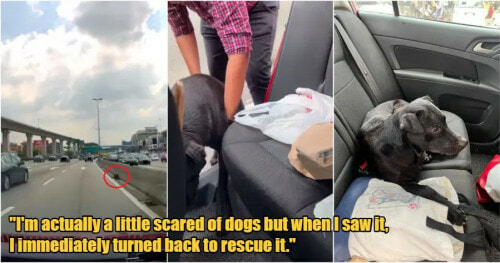