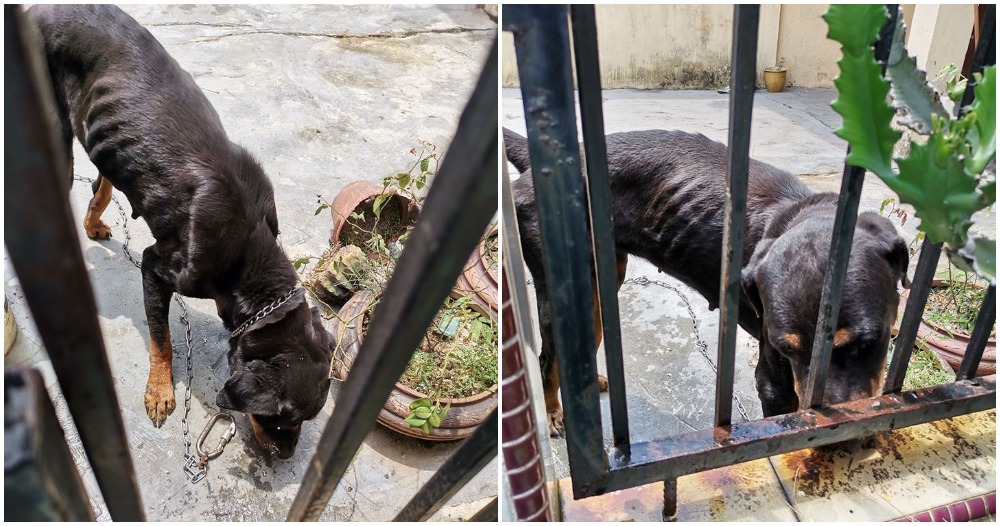 Rottweilers are supposed to large, powerful dogs which can grow up to 61–69cm for males and 56–63 cm for females. The males can weigh between 50 to 60kg and females between 35 and 48kg.

Recently on Facebook, a post went viral about a Malay man who fed his neighbour’s dog after taking pity on it. Talking to the kind man, Muhammad Faris, WORLD OF BUZZ managed to get more information on the situation.

On 11th April, Faris uploaded a post on Facebook asking the dog owners of the social media site on what to give to the starving Rottweiler next door. Along with that post, he has attached several pictures of the poor girl, Sony. According to the post, Sony’s owners have left their house during this MCO and they did not leave any food for her. 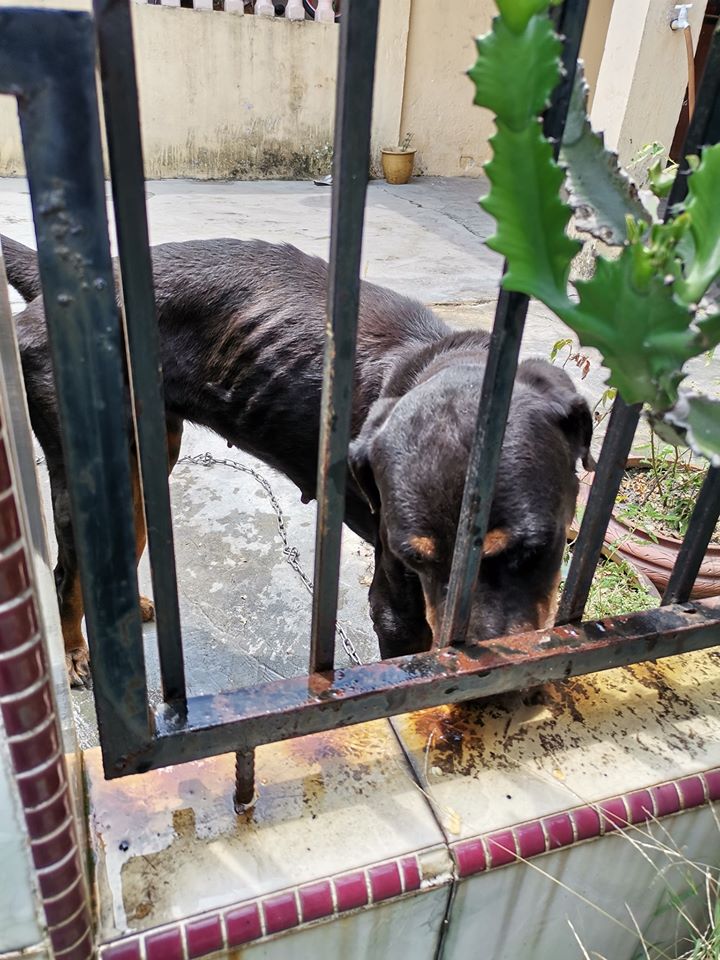 Faris and his family have been trying to feed it chicken but with the MCO, they could only give it a limited amount of food each day. That evening, when Faris went out to do some grocery shopping, he managed to buy a bag of dry food for Sony.

Speaking to WORLD OF BUZZ, Faris told us that just a few years back, Sony was a big dog but over time, they realised that she was getting leaner and thinner. Faris’ parents noticed that whenever they went out to feed their 15 cats, Sony will look like she’s begging for some of the food as well by jumping and barking. Instead of denying the dog some food, they would always give it some chicken. Faris was in college at that time.

“After I graduated and got married, I noticed that Sony is nothing more than a walking skeleton. The pictures that I have posted, well, she has been that way for a long time.”

He added that they were ignorant at that time and also they did not know what to do, so they continued to feed Sony bits of chicken. Fast forward to a few weeks before the MCO started, Faris went to his in-laws’ house and was there for three weeks. But he needed to get back to his house so that he can restock his medications. 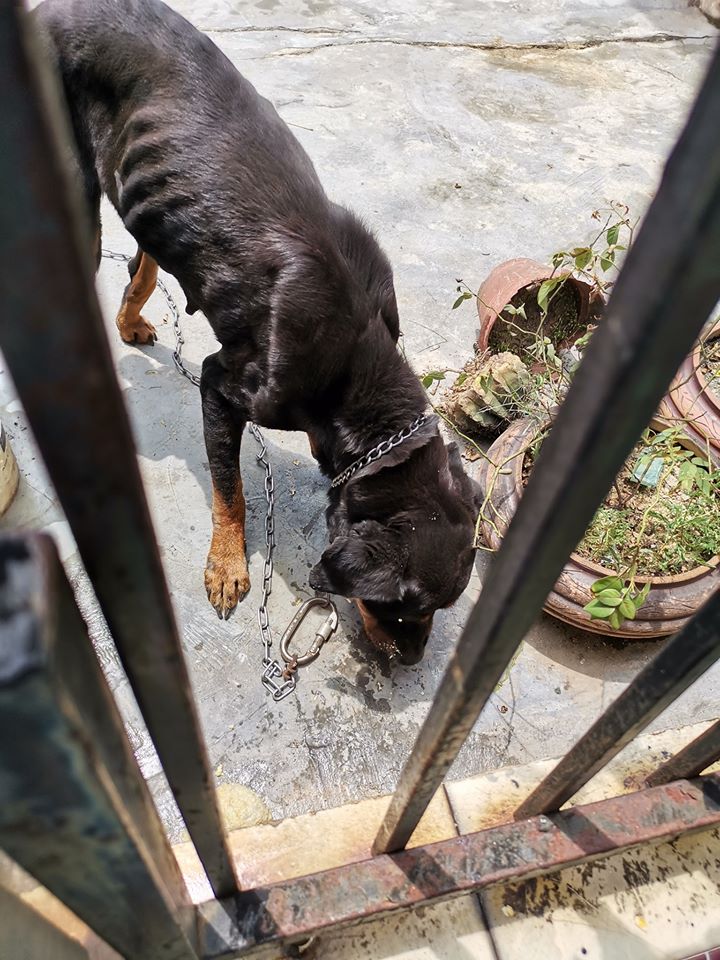 When he reached home, he realised that it was very quiet over at Sony’s house. Upon further inspection, he saw that there were dog faeces on the porch that hadn’t been cleaned. When Faris asked his father where the neighbours went, the older gentleman said they went away but to where he is not too sure.

Faris described the situation at that time and said, 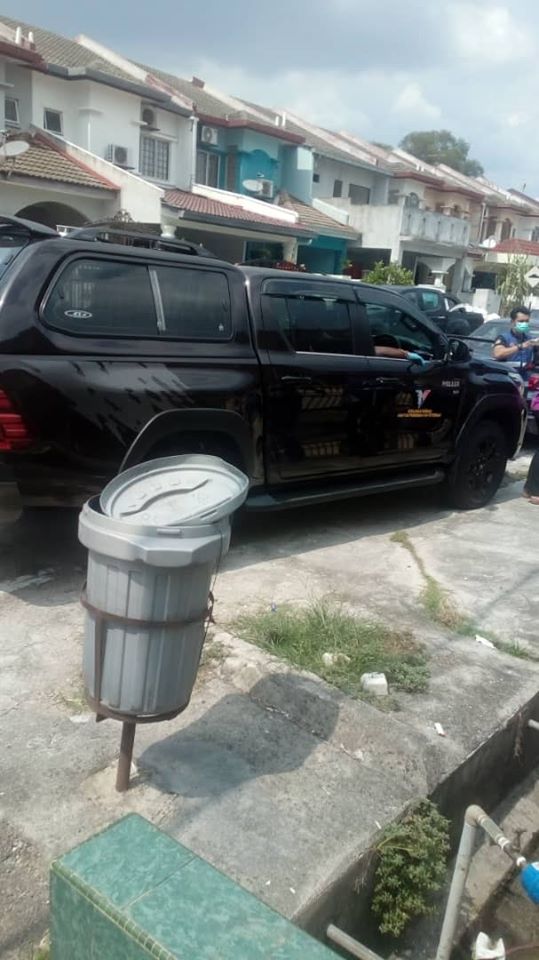 He revealed that one of his other neighbours called the Department of Veterinary Services and Sony the Rottweiler was taken away on 12th April. According to the neighbours who watched, the officers were very gentle with her and she followed them into the truck without struggling. With Sony gone, Faris has a lot of dog food left, so he used the remainder to feed the strays. 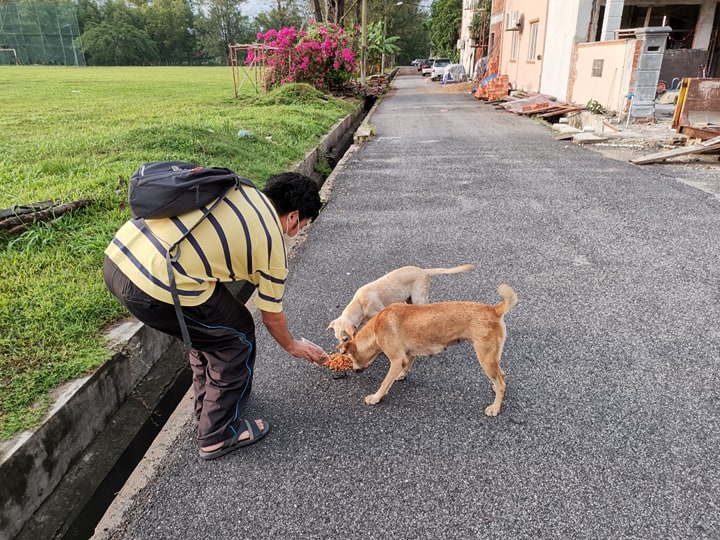 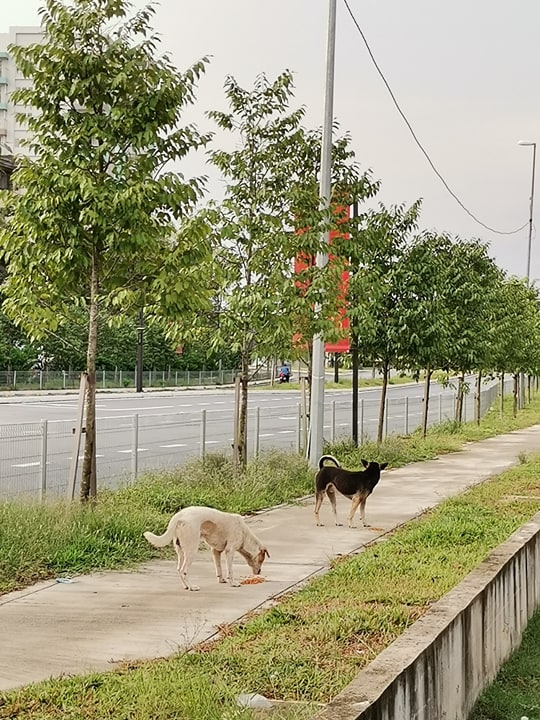 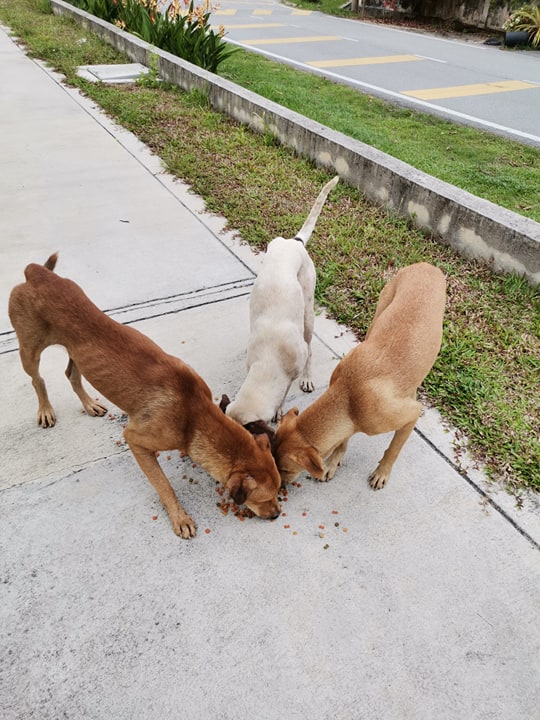 He urges all Malaysians to treat their pets right,

“Pets are living beings too and they have emotions as well. If we really want to keep these furry creatures as pets, then we should treat them with love and respect.”

This is certainly a very sad story. Our pets completely trust us but by leaving them behind for an extended period of time, it definitely destroys them. 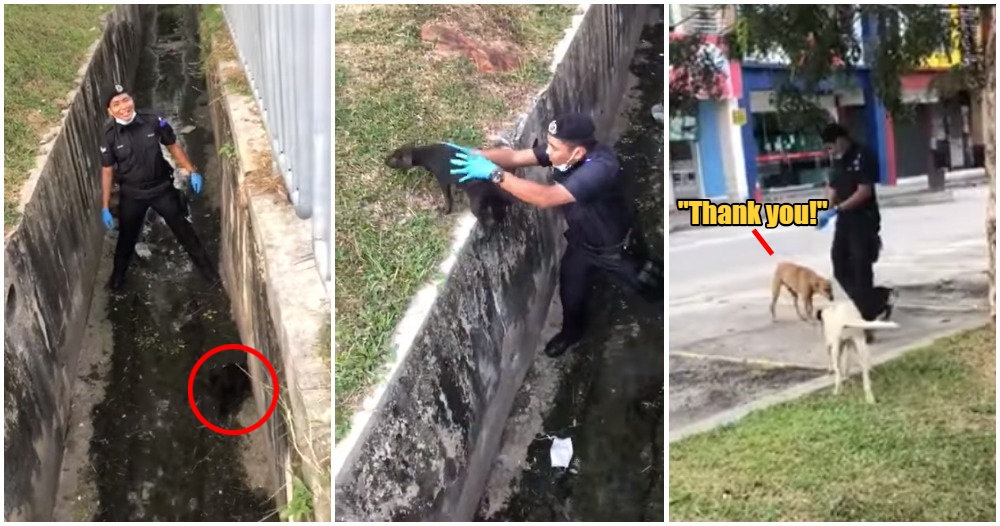