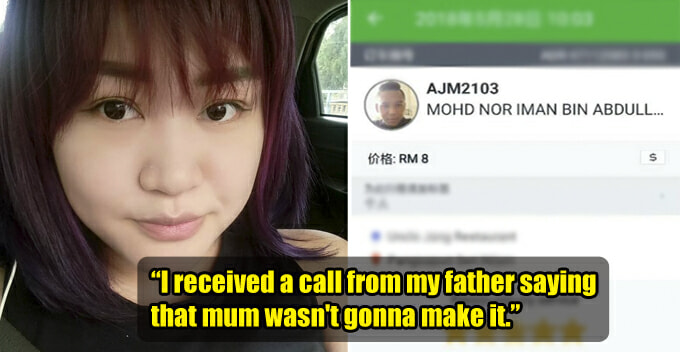 Faith in humanity has been restored!

On 28 May, a lady named Carmen received a distress call regarding her mother and she had to rush home to get her mum to the hospital. Luckily, the GrabCar driver whom Carmen hired was so kind that she decided to make him go viral for a good cause. Here’s what she wrote on Facebook.

“This morning while I was working, I received a call from my father saying that mum wasn’t gonna make it.

The driver, who was identified as Mohd Nor Iman, agreed to help without hesitation.

Before getting into the car, Carmen’s mother vomited alongside the road, and that made Carmen worried about the driver’s car. Instead of getting angry as anyone would expect, the driver heartwarmingly asked Carmen not to sweat it. So nice!

“When we reached the hospital, I wanted to give him money, but he refused to accept any and said that this is all he could do for my mother,” Carmen wrote.

Sadly, it was later revealed that the mother’s kidneys were currently functioning at only 19 per cent of capacity, which makes toxins hard to be eliminated from her body. Right now, the family is still waiting for a report from another hospital for further confirmation.

Our thoughts and prayers go out to Carmen’s mother and hopefully her condition will get better soon with proper treatment. Also, a huge thanks to Nor Iman for going the extra mile in helping another Malaysian in need. Our country needs more heroes like him! 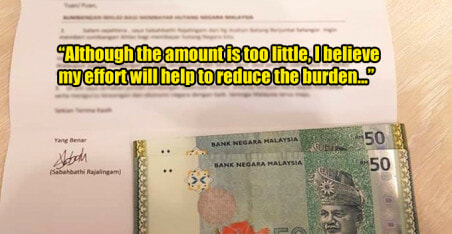