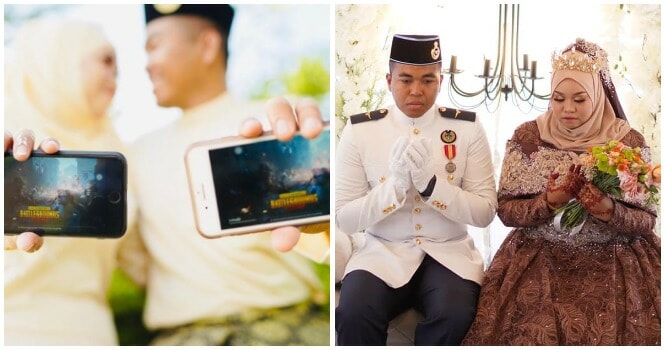 This couple met each other through the popular mobile game PlayerUnknown’s BattleGrounds, known as PUBG. It’s a unique love story because the couple are special themselves. 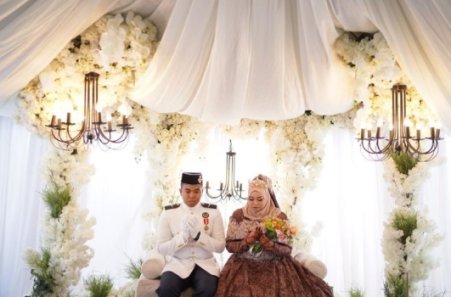 Mohd Azmil is a soldier in The Royal Malaysian Air Force, based in Kepala Batas, Kedah and Irna Izzany is a police officer in Rompin, Pahang.

Irna Izzany Khairuddin spoke to mStar about their love story and it’s a really adorable one. The couple first got to know each other through the video game ‘Rules of Survival’. Then, they started playing PUBG and they mostly communicated through the game.

“After that, we exchanged phone numbers. Even that is so that we could play the game at the same time. We really got to know each other in May last year,” she told mStar.

“At the end of last year, we got engaged and last Friday (16th August) we got married,” she said. 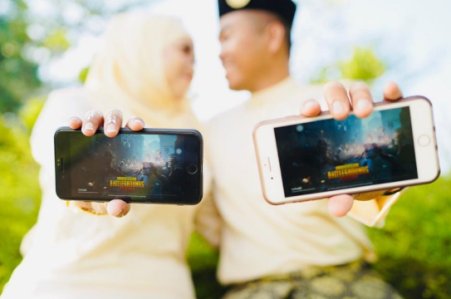 Irna Izzany said that PUBG was the main platform where they communicated as it is their favourite video game.

“Before this, we rarely met in person because we’re so far away from each other. We got used to it,” Irna explained.

“We communicated a lot through the game. The reason I played PUBG is because I was bored and I was working far away from home,” she said.

Her family was shocked at first when they found out that she met her future husband through PUBG. Even though they were surprised, they still gave the couple their blessings.

The couple’s passion for the game is evident as they designed their wedding invitation based on PUBG. How creative! 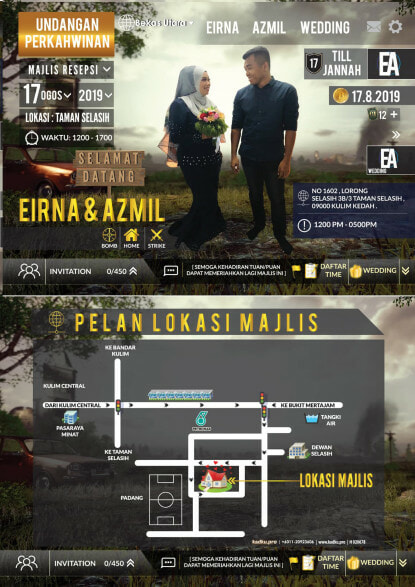 Furthermore, she even gifted her husband a Sony Playstation 4 (PS4) for their wedding. Their wedding took place in her hometown in Kulim, Kedah last Friday. 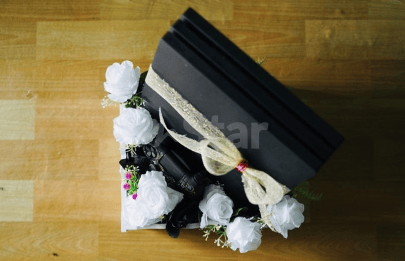 Who said that beautiful love stories are only found in novels and movies? They can also be found in mobile games. Thank you for still giving us a reason to still believe in love. We wish the adorable couple a very happy married life! 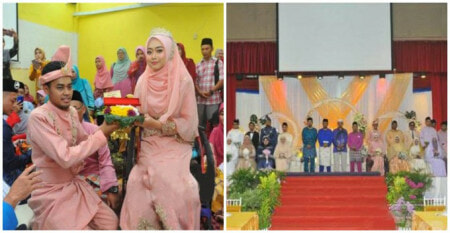