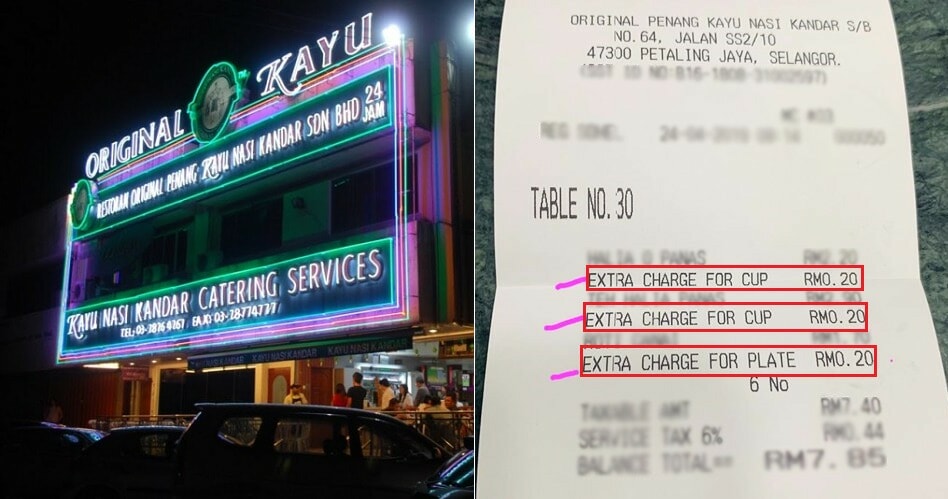 A restaurant in SS2 is being investigated by the Domestic Trade and Consumer Affairs Ministry after they were found charging its customers an extra 20 sen for each cup and plate used, reported FMT.

A spokesperson from the aforementioned ministry said that enforcement officers have been sent over to the Original Penang Kayu Nasi Kandar restaurant in SS2 after being alerted about the extra charges. 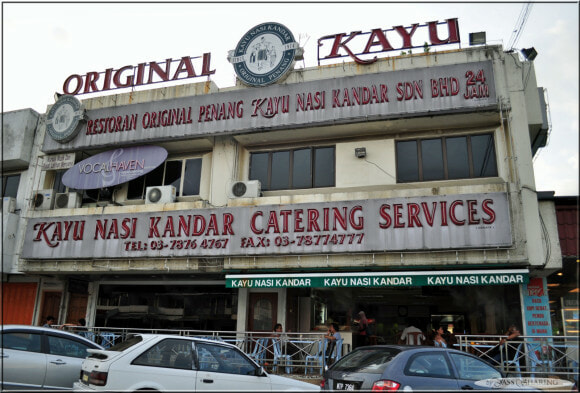 The spokesperson was quoted as saying,

“The minister (Saifuddin Nasution Ismail) just brought this up at the post-Cabinet meeting and instructed the enforcement division to look into it.”

Prior to this, a receipt from the restaurant had actually circulated on WhatsApp, and in the receipt, it can be seen that the restaurant charged its customers an extra 60 sen for using two cups and one plate. You can take a look at the bill below: 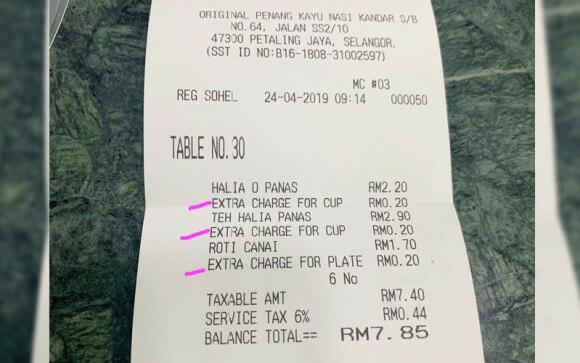 Moving on, the restaurant’s manager, Mohamad Sajahan, said that the extra 60 sen charge (20 sen for each cup and plate used) in the bill was due to the recent water cut in Klang Valley as they had to buy plastic cups, plates and cutlery to use in their restaurant. Speaking to FMT, Sajahan said,

Well, it’s good that the authorities are taking the necessary action to deal with this matter. That said, we have to keep our eyes peeled for more updates on this matter because there is no further information as of now. 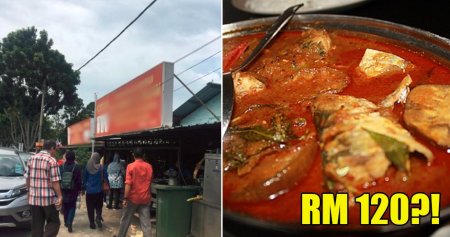