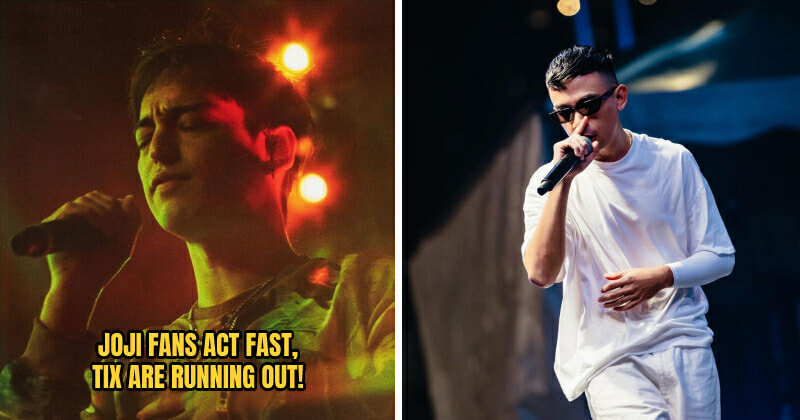 Looking to fill your 2023 with TONS of fun and excitement with music and partying? Then we know exactly where you can kickstart the new year with a blast!

This 2023, give the year a strong start by making it the BEST year ever with this highly anticipated out-of-this-world music festival.

Come one, come all to the Peakstorm Festival, featuring stellar acts such as Joji, Alyph and MORE at Surf Beach, Sunway Lagoon this 19 February 2023!

Yup, that’s right— coming to Malaysian shores once again is the singer-songwriter under the eminent music label 88rising, Joji! Joji has represented Asia by making moves to deservingly enter the superstar hall of fame through his chart-topping hits and albums!

Plus, his mega-hit Glimpse of Us holds the title of Malaysia’s number one most-streamed song in 2022, beating other formidable chart contenders including Troye Sevan’s Angel Baby, Justin Bieber’s Ghost, and Steven Sanchez’s Until I Found You!

But it’s not just Joji performing; he will share the stage with spectacular local acts including Alyph, Airliftz, Midnight Fusic and many more! Not bad kan for Peakstorm’s inaugural festival?

Before anything else, let’s dive into the meat of Peakstorm Festival—the performers! But be warned; your mind will be blown away by how many big names Peakstorm has brought on board for this line-up! 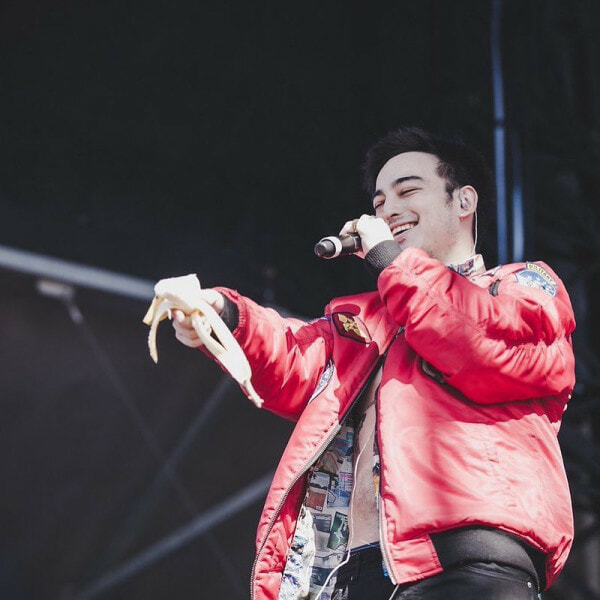 If you haven’t already known, Joji is the first ever Asian-born artist to top Billboard’s R&B/Hip-Hop Album chart in 2018. With a musical palette ranging from dark and sombre tunes to upbeat and quirky numbers, his notable works include Die For You, Slow Dancing In The Dark, Feeling Like The End, and more!

To top it off, his latest hit, Glimpse of Us is dubbed as the #1 most-streamed song among Malaysians in 2022! The fact that his hypnotic music has been an anchor of support to many of us, especially during the pandemic, truly brings home how phenomenal he has become as an artist! 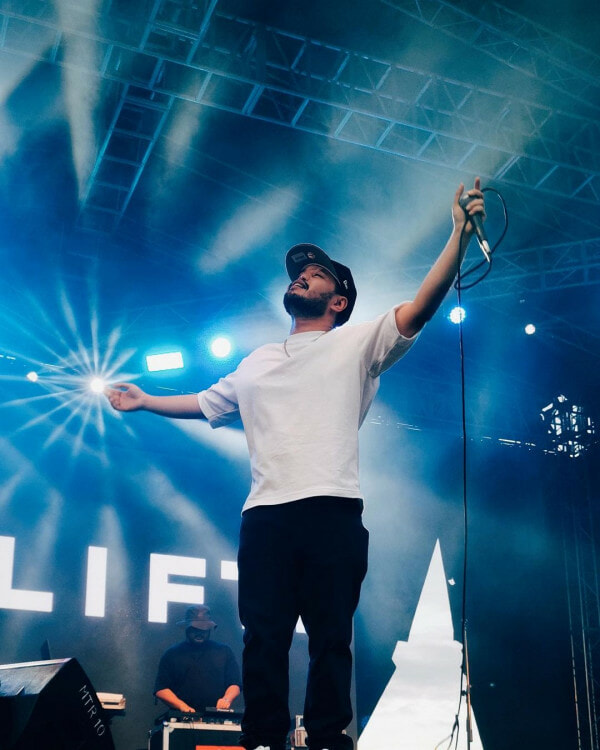 Need we say more? Airliftz is one of the most significant names in Malaysia’s music industry! At the age of 20, the musician and rapper already had a debut EP and an Asian tour under his belt—how inspiring! Tune in to his performance and you may see him sing some of his most famous tracks such as Honest, Lonely, Rindu, and Smile Strong! 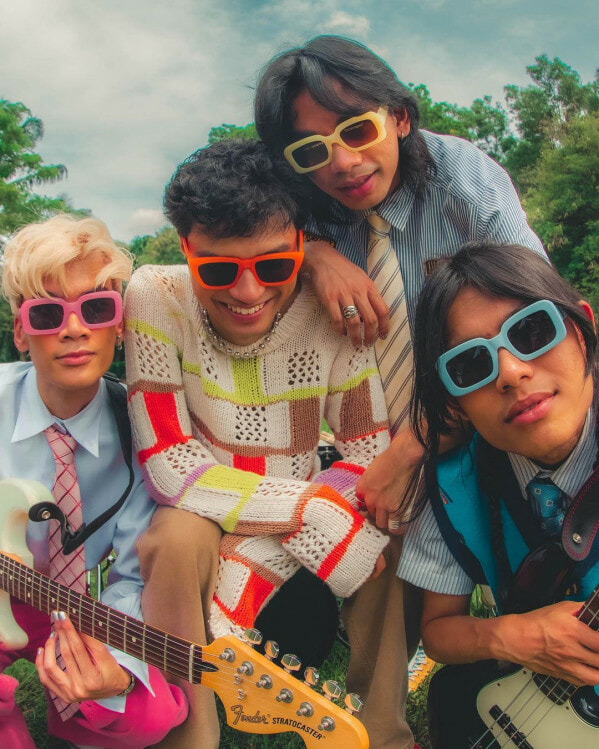 This Malaysian indie rock band consists of four talented musicians who share the same passion for food and music. The group has just recently completed their Malaysia tour and they’re ready to rock your socks off again! They won the hearts of Malaysians and music critics since 2014 with songs like Heart of May, Lovesick and Caramel Cream, and they’ll be sure to win yours too at Peakstorm! 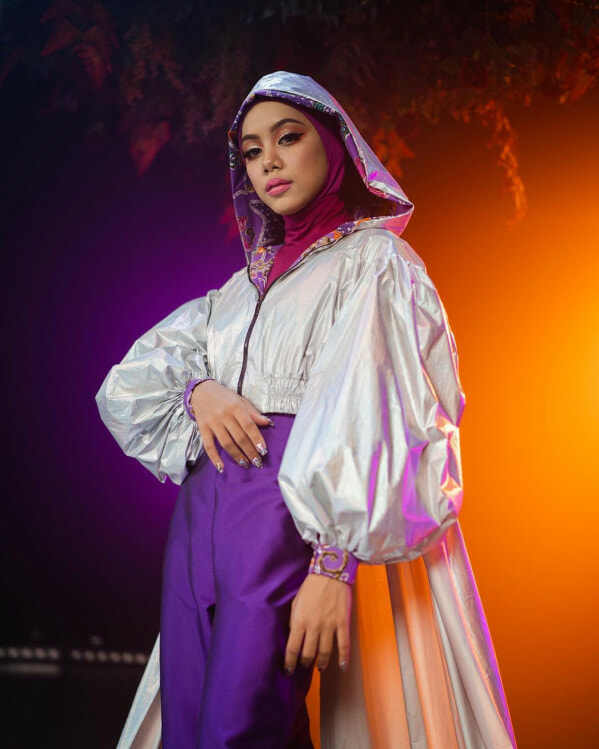 Nominated for Best New Female Artist & Top Popular Female, Sarah Suhairi is undoubtedly one of the most successful newcomer artists in Malaysia’s music industry. Her first debut, Pedih, has garnered almost 10 million views on YouTube! Did we also mention that her cover of Blackpink’s Ddu-Du Ddu-Du is a must-watch? Maybe you’ll see her perform the cover at Peakstorm too! 😉 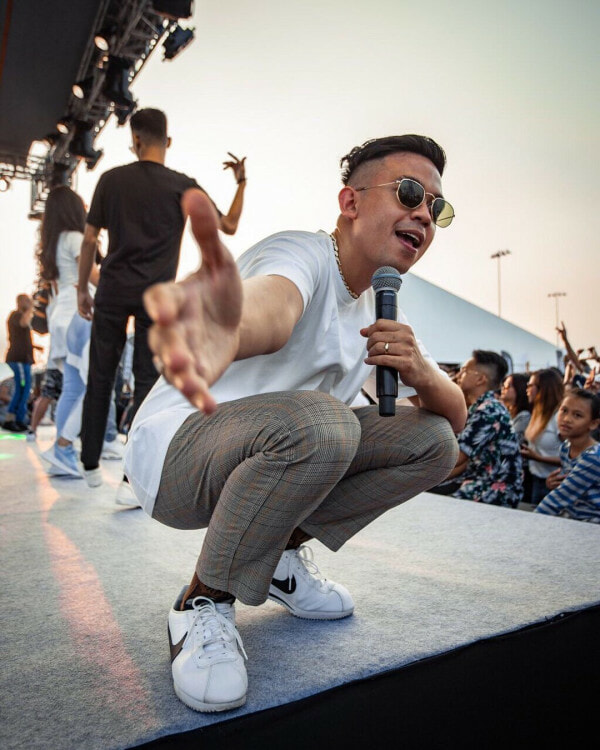 Wait, don’t SWIPE yet! You definitely don’t wanna miss watching ALYPH’s live performance. This Singaporean-born singer is the voice behind the famous 2022 song SWIPE which went viral on TikTok, and many other Malaysian hits like Sang Saka Biru and Mimpi! With so many chart-topping numbers to his name, it’s no wonder he’s one of Def Jam South East Asia’s fastest-growing artists! 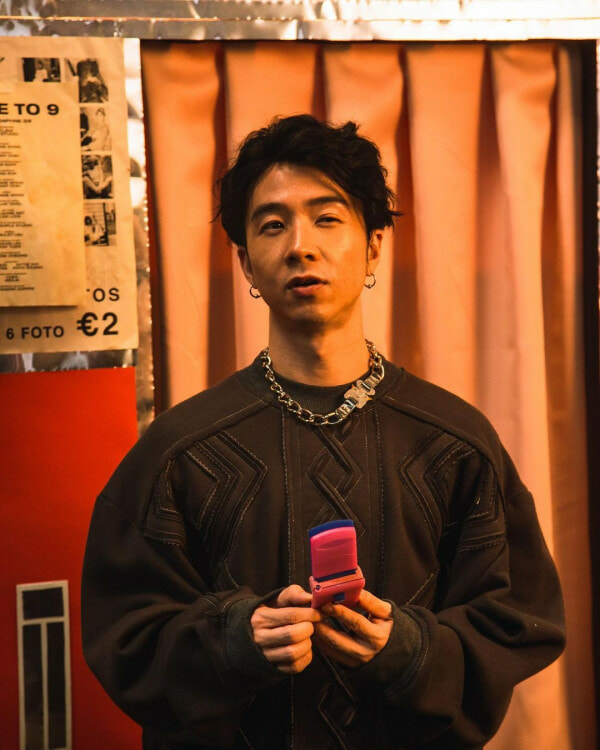 Lau Hoe Yin, also famously known as BLINK, is the most iconic DJ in KL! And in case you didn’t know, BLINK is also one of the first DJs to represent Malaysia in the prestigious Belgian electronic dance music festival, Tomorrowland! Known for tearing down the main stages at DWP, ULTRA, Zouk Out and many more, he’ll be sure to get your body moving with his infectious beats at Peakstorm!

Such a happening music festival, amirite?!

And that’s not all! Check out the full line-up of kick-butt artistes who await you at Peakstorm Festival below—you’re bound to be bombarded with good music and quality live performances! 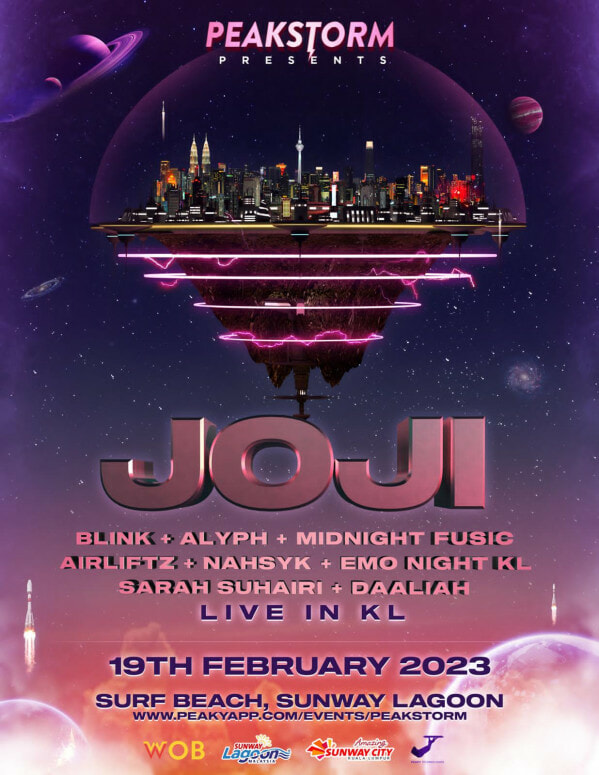 But tickets are running out so hurry up! 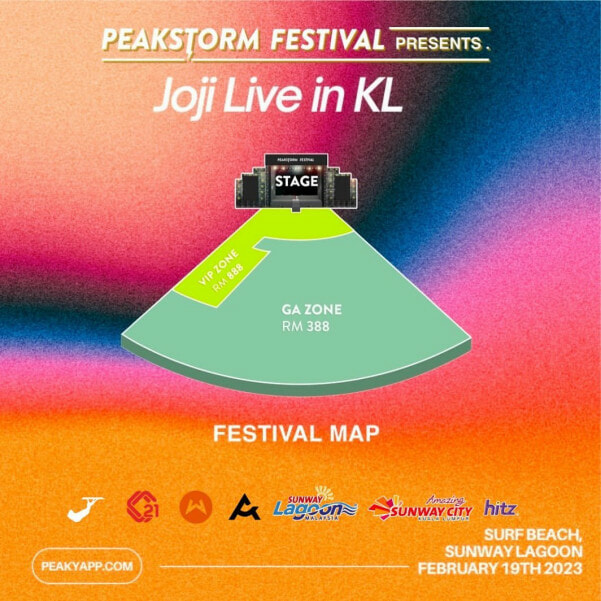 A lot of Early Bird tickets are already sold out (don’t underestimate the tenacity of Joji fans!) so snag yours quickly before they run out! Here are the prices of the tickets that are still on sale:

That sounds like a pretty good deal, doesn’t it? Get your tickets now on PeakyApp!

And for the VIPs, we have more good news for you! What’s better than meeting your favourite artistes in person?! Fellow VIP ticket holders, lady luck is on your side because you stand a chance to get upgraded backstage passes for FREE!

That’s right, music enthusiasts! Peakstorm seems like a force to be reckoned with and sources say this is just the start for them! So keep your eyes peeled on this up-and-coming festival brand as they are making big moves in Malaysia’s music scene this 2023 and the future!

For all the latest updates regarding Peakstorm Festival, visit the PeakyApp website. Don’t forget to follow Peakstorm on: