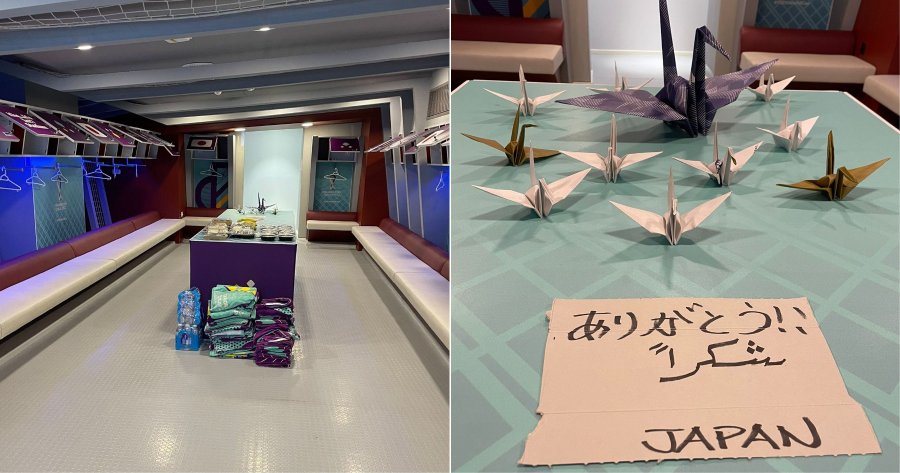 The Japanese have always been known for their belief of leaving something more beautiful than when they found it.

This can be seen in how Japanese fans had stayed back to clean up the stadium where a FIFA World Cup 2022 match had taken place.

Another example of this is how the Japanese football team had left their locker room absolutely spotless and even left a polite ‘thank you’ message along with Origami paper cranes, as showcased by FIFA.com on Twitter. 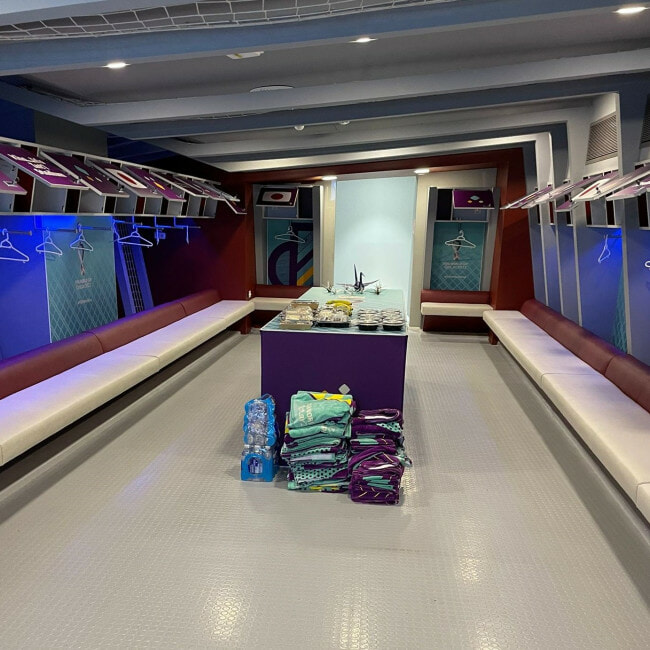 They wrote, “After a historic victory against Germany at the FIFA World Cup on Match Day 4, Japan fans cleaned up their rubbish at the stadium whilst the Samurai Blue (Japanese National football team) left their changing room at the Khalifa International Stadium like this. Spotless. Domo Arigato (Thank you very much).”

In regards to the Origami paper cranes that they made, it symbolizes honor, good fortune; loyalty, and longevity while others in FIFA.com’s Twitter thread also explained that they represent peace. 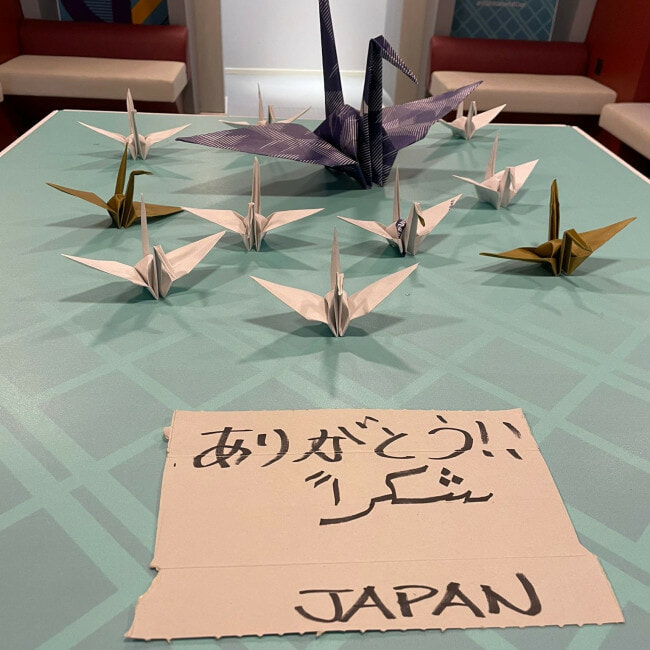 “This is what they left behind too.”

This is truly the kind of ethics and attitudes we genuinely want to see amongst Malaysian football fans, good sportsmanship and consideration for others.

Kudos to team for being a stellar example! We are all so very impressed!

Also read: Japanese Fans at Qatar World Cup Praised For Cleaning up After Match They Weren’t Even Involved in! 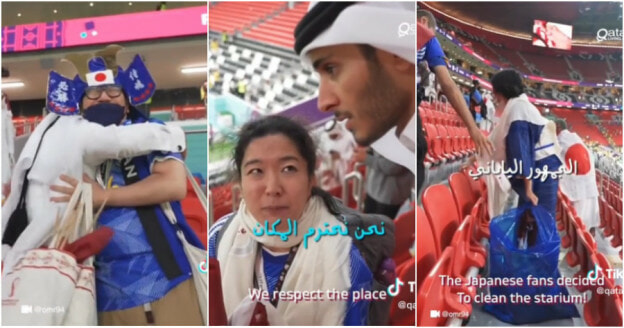