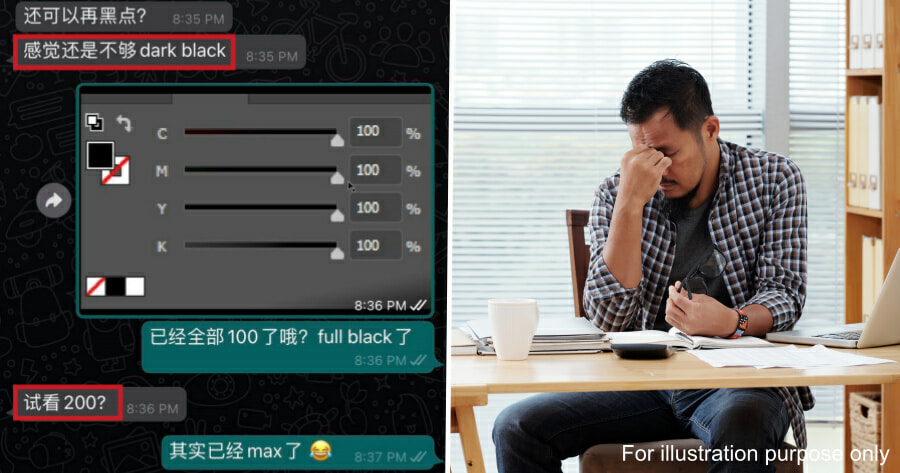 We all know that working as a designer isn’t as easy. Especially since everyone has their own unique definition of art. It is even harder when designers have to deal with clients who might have unreasonable or hilarious requests.

On 18 February, a screenshot of the conversation between the client and the local designer, KF who is also the admin of KF Design 黑月亮脸设计 was published on his Facebook page. 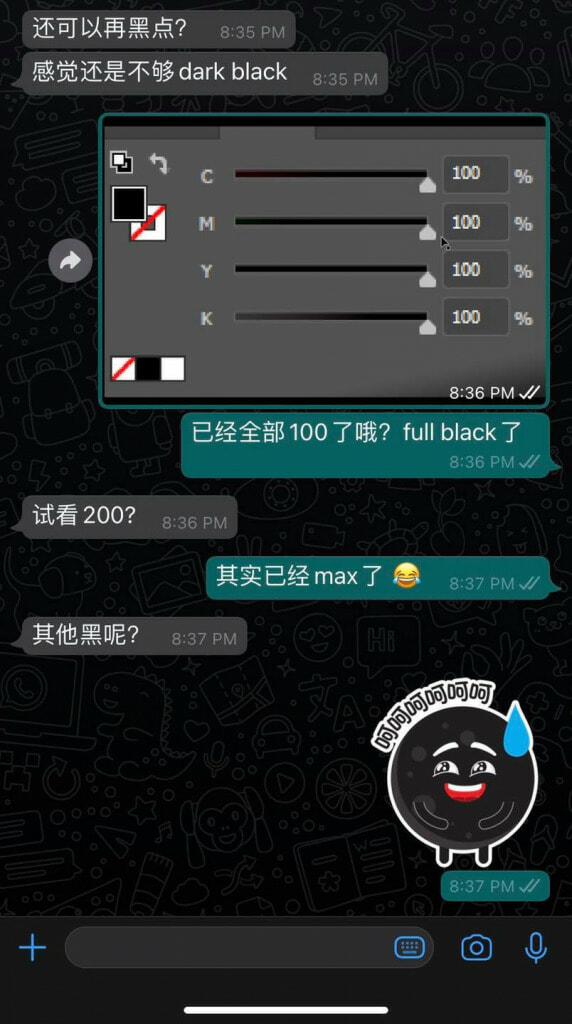 “眼前的黑不是黑～ 你说的白是什么白～” (The black I see isn’t black, the white you said is what white?) [song lyrics of the Chinese popular pop song – You’re my eyes]

“#想哭但是怕被打 (feel like crying but afraid of getting hit)”

He also expressed his irritation at the unreasonable customer by inserting the hashtag “#WTFisDarkBlack” in the caption of his post.

As you can see from the post, the client was actually instructing KF to adjust the percentage of the CMYK (which is a colour model that stands for cyan, magenta, yellow and key) to 200 per cent as he felt as though the black colour isn’t as black as what he expected.

The conversation between them went as followed:

Client: Can it still be darker? I feel that it is not dark black enough?

KF: It was all adjusted to 100 per cent wor, full black already (attached with image)

Client: How about other black colours? 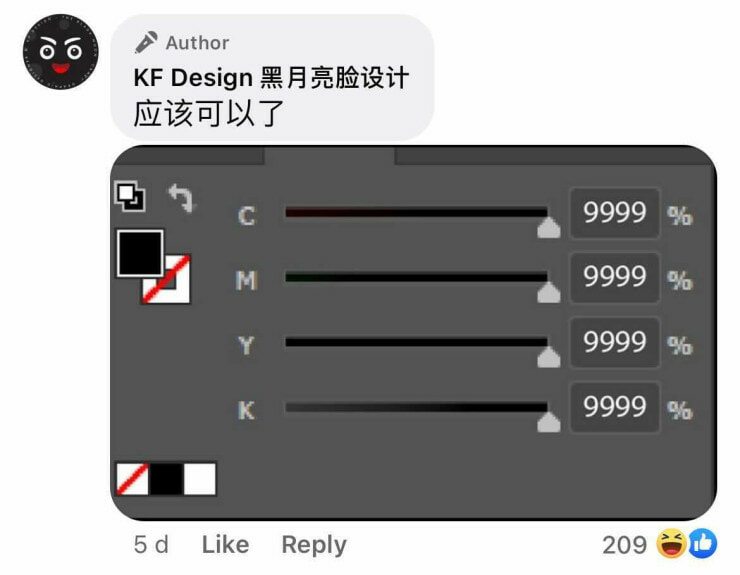 Kf was joking about adjusting the cmyk to 9999 per cent which is (obviously) impossible! 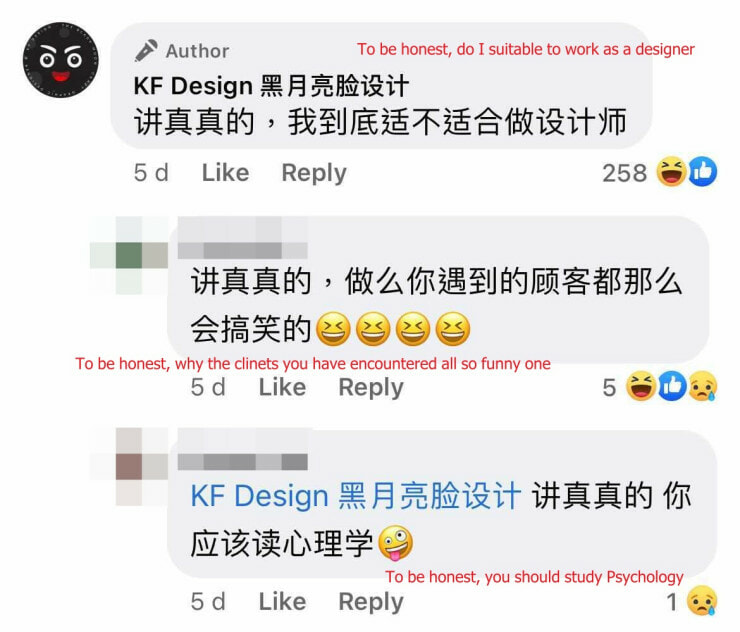 What kind of outrageous demands have you gotten from clients? Let us know your thoughts about this story in the comment section! 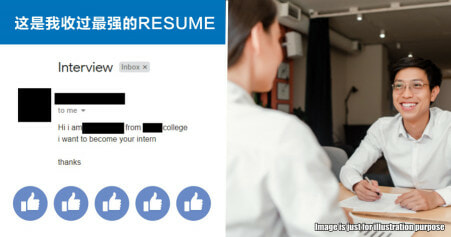