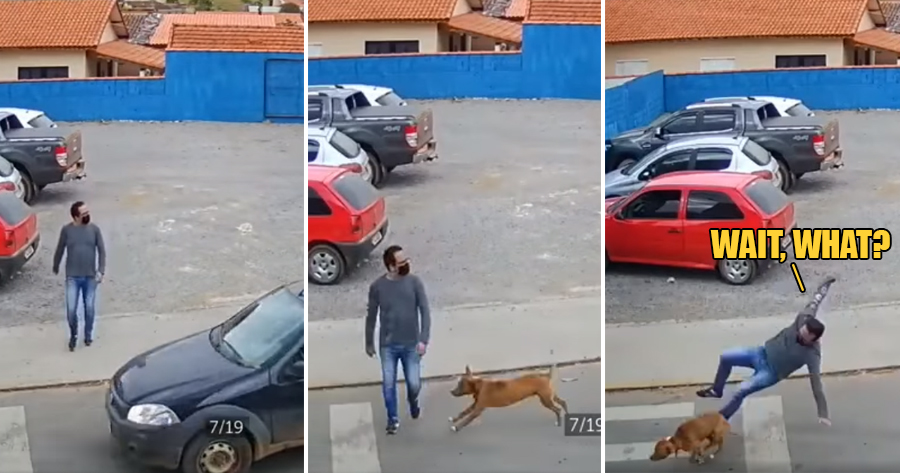 Who let the dog out?

Recently, a video of a ‘hit-and-run’ incident has been making its rounds on social media and other messaging applications, but this is no ordinary case.

The video shows typical CCTV footage of what looks like a small carpark area next to a street. It is not specified which part of the world this incident took place in.

One man drives in and parks his white car before walking towards the road. He looks left and right and waits for a car to pass by before crossing the road, but suddenly out of nowhere, a dog zooms by and sweeps him off his feet!

The man falls to the ground and squirms in pain, probably not even knowing what happened.

After the video made its rounds on social media, netizens had a ball of a time leaving their remarks on the video. While some netizens expressed concern for the man as he had taken quite a hard fall, others found the video hilarious. 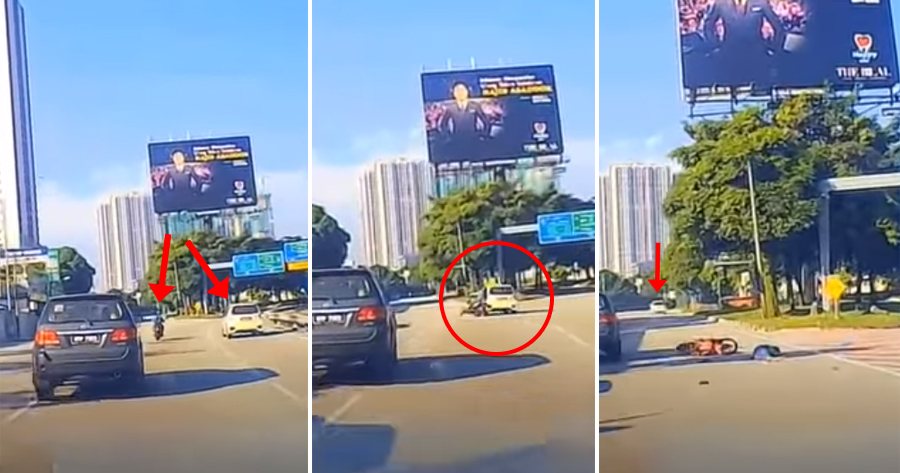