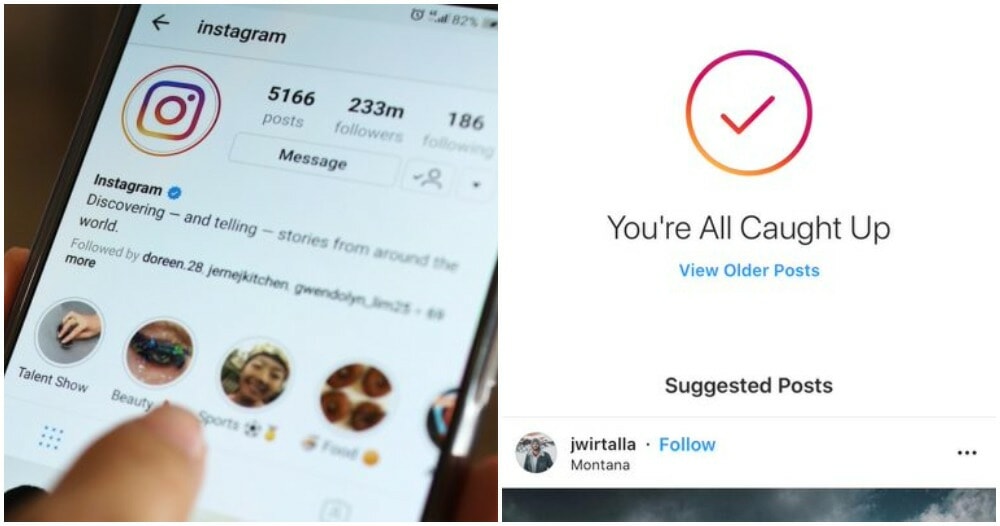 In a recent Instagram update, instead of giving us back the chronological order posts that we needed, they opted to feature a new section called The Suggested Posts. Once you have scrolled down to all your following’s pictures on your main feed, the Suggested Posts includes people who you don’t actually follow.

According to The Verge, the accounts that you are not following will start showing up once you have reached the banner “You’re All Caught Up”. Then, you’ll have the option to either continue your scrolling or to “View Older Posts”. 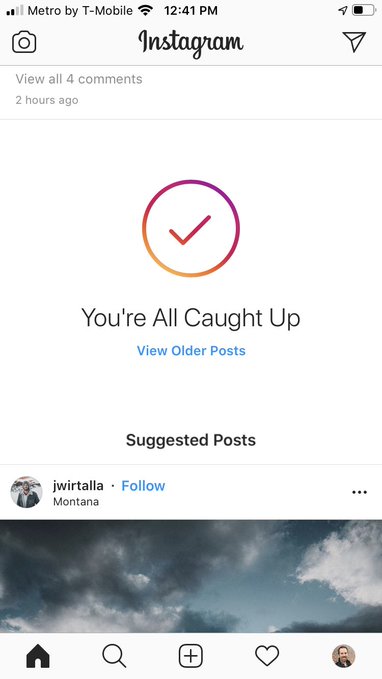 You may be thinking that Suggested Posts sounds a lot similar to the Explore Page but, in a statement made by the head of product at Instagram Home, Julian Gutman, the former relates to the people that you are following while the latter targets the Instagram users based loosely on their interest in a more extensive content.

If you are familiar with the app, Tik Tok, this exact new feature will make it seem like it’s a never-ending scrolling session as well. Gutman continues in his statement stating that the intention behind this update is for its users to delve further in their interests by looking at more posts.

“So we just want to make it really easy for people to see that [relevant content] when they get to the end of their feed. That’s really the motivation here, to make it easier for you to go deeper on your interest.”

What do you guys think of this new Instagram update? Sound off in the comments!