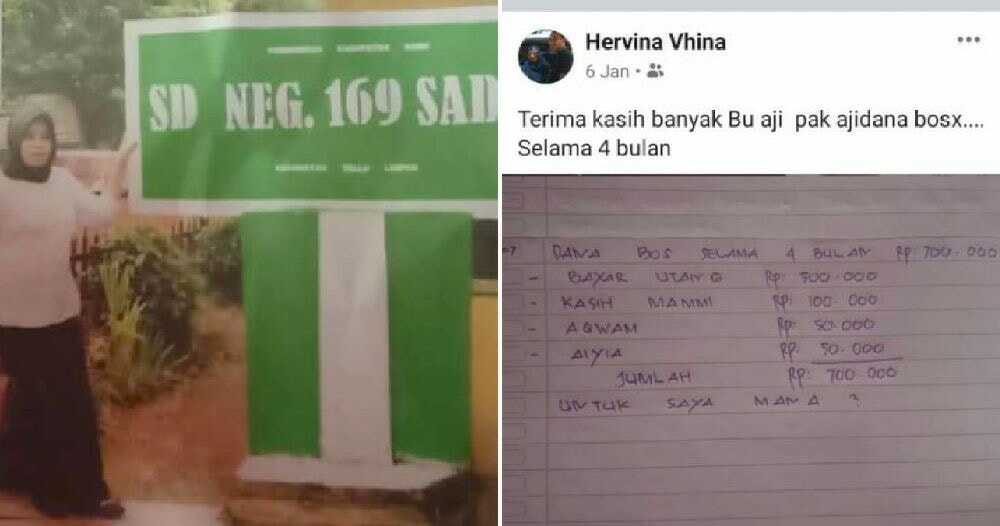 The firing of a teacher in South Sulawesi, Indonesia have attracted massive backlash in the country after it was revealed that she was dismissed just because she posted about her salary with no ill intentions on social media. Worst, not only has the teacher served at the school for 16 years, but the paycheque, which was for 4 months of work, was only a mere Rp700,000 or approximately RM200!

As reported by Indonesian news portal Detik, the 34-year-old teacher, Hervina have served at Sekolah Daerah Negeri 169 Desa Sadar since 2005, when the remote school only had 3 teachers. Speaking to local media, Hervina said that her social media posting was never intended to complain or belittle the amount of salary she has been receiving from the school. Instead, it was a genuine expression of gratitude towards the school. She clarified,

“When I uploaded the photo, I was given salary for 4 months hence why I wrote ‘Thank you so much’. The husband of the principal was the one who handed the paycheque to me and he was also a teacher at the opposite school in which we shared the same facilities.” 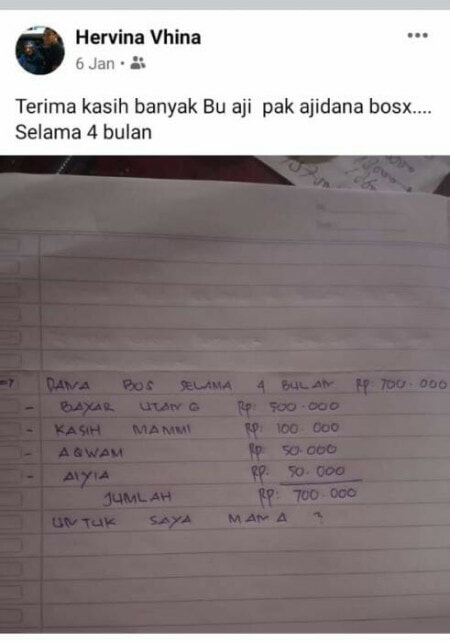 Furthermore, because it was the husband and not the principal herself that handed it to Hervina, she wrote the posting in reference to the principal because she didn’t manage to say thanks personally to her. Hervina was also really happy to receive the paycheque because she owed someone Rp500,000 or around RM150 and can finally repay the person.

“Find some other schools that can pay you more money. From now on don’t come to work and take a break from teaching.” 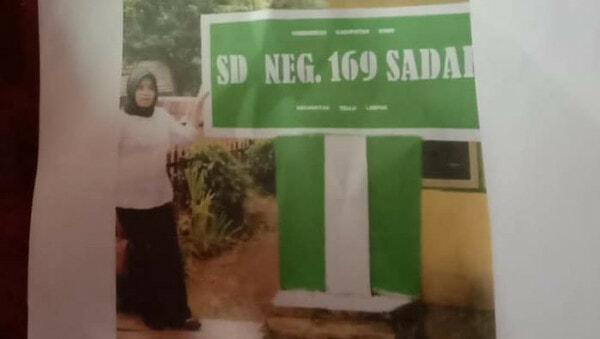 An old photo of hervina in front of the school where she taught for 16 years.

Hervina felt really gutted by her dismissal as she was never given the chance to explain her social media posting. Especially given how much she has sacrificed for the school.

As the story went viral in Indonesia, netizens have started a petition to help find Hervina a better school to work at. Let’s hope that there is a happy ending for Hervina because no teacher deserves to be treated this way.