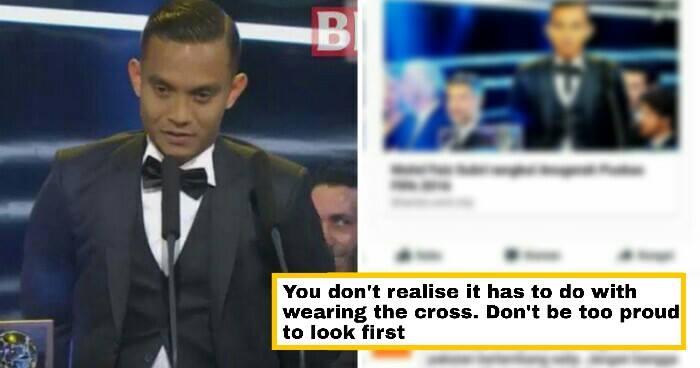 Monday evening was an amazing night for Malaysians as we celebrated Faiz Subri receiving the FIFA Puskas Award.

But there will always be trolls coming out to play when the sun goes down. Just after winning the award, a small but substantial amount of fools decided to rain on Faiz’s parade.

One obviously triggered girl from Aceh, Indonesia decided to share her opinion which caused a massive public backlash.

“You don’t realise it has to do with wearing the cross. Don’t be too proud to look first.”

It was in reference to the picture where Faiz’s bow tie and the black elongated microphone was aligned to look like a cross. 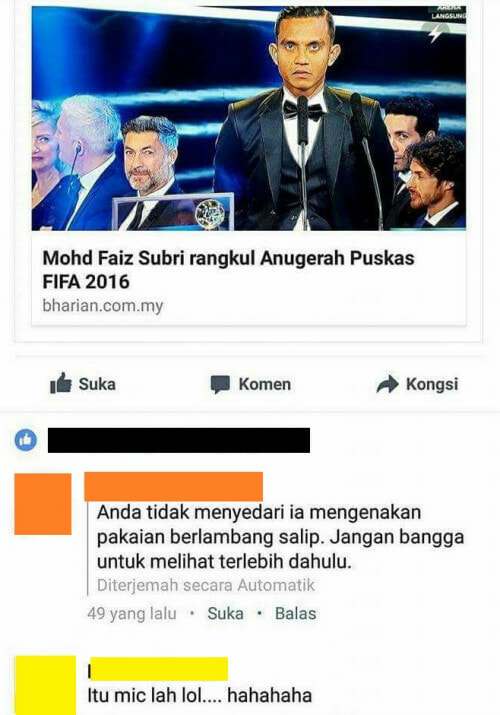 Faiz obviously wasn’t wearing a cross on his chest. It was just the timing and angle of when the picture was taken. From a different angle, it was clear that it was merely an optical illusion.

Of course, after OHBULAN! posted the picture and it went viral, netizens poured into the comments section poking fun at the girl.

“If you are always out searching for others’ mistakes, now you’re the one to get it.”

“This type of species is the type that loves to look for faults in others. This is when you think you’re really good, you should completely cover up…but your mouth isn’t covered.”

But this isn’t the first troll since Faiz’s win was announced. There were several others questioning why Faiz didn’t speak in Malay during his acceptance speech or why did he wear a suit instead of the Baju Melayu. 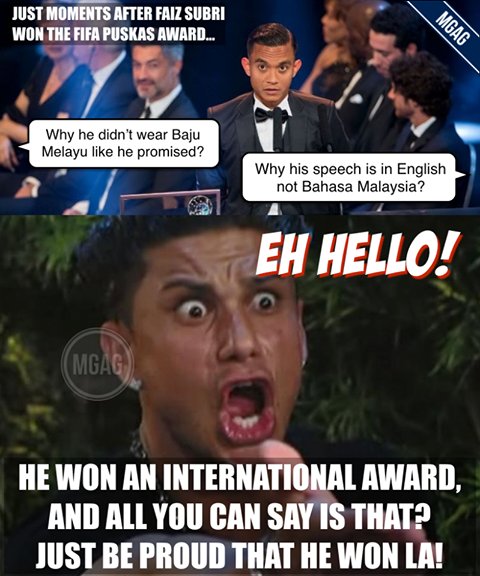 This goes to show why you should not jump to conclusions based on only 1 single photo. Otherwise, you might just become a big joke on the internet. 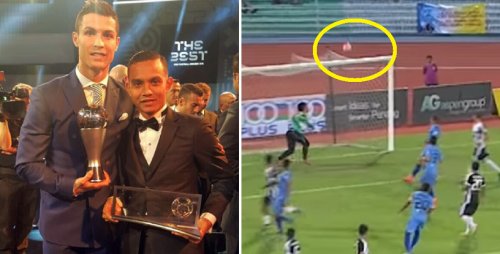