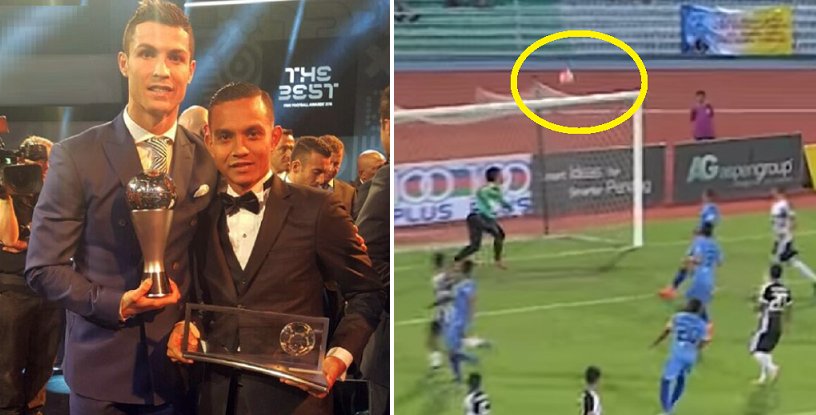 Of some of the big named players who were in the running for the award were Neymar and Messi.

FIFA Puskas Award was established in 2009 and is awarded to the most beautiful goal of the year. Cristiano Ronaldo and Neymar were some of the past-winners the award.

So any Malaysian would be super proud of his achievement!

Here’s the past winners:

Mohd Faiz Subri, 29 did Malaysians super proud for winning the Puskas Award at FIFA Best Football Ceremony in Zurich after being voted by football fans across the globe. Faiz read his speech through his phone and was handed the prestigious award by a football legend, Ronaldo from Brazil. 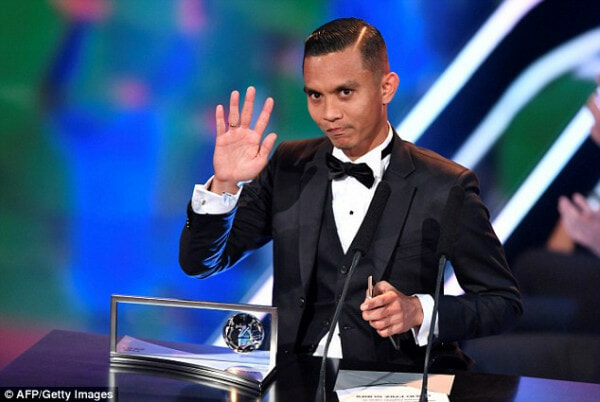 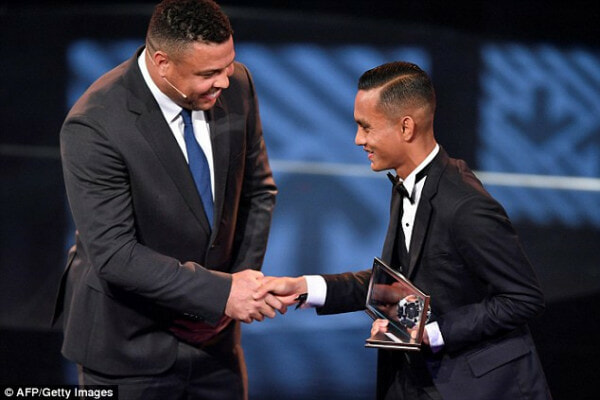 “Honestly, it has never crossed my mind that I would arrive at this level and be able to stand tall among world-class footballers in this amazing place,” said Faiz.

“I am grateful to have won, I wish to thank all who voted for me in Malaysia and throughout the world. Not forgetting my family, coaches and the Penang team. Without their support, this win would not be possible because the other candidates in the running also scored great goals,” added Faiz.

Faiz who was an attacking midfielder for Penang team scored with a wildly swerving long-range free-kick on February 16 in a match against Pahang for 2016 Malaysian Super League.

The football initially appeared to be flying towards left corner but swerved towards right corner in mid-air, leaving the goalkeeper dumbfounded. Faiz also stressed that the goal was not out of pure luck, but a result of hours of practice each day.

Being the first Asian to receive Puskas Award was definitely a defining moment for Faiz’s career. He said that this success has served as an inspiration for him to hone his footballing skill and step up his football game.

His legendary goal has definitely made Malaysians proud. Kipidap Faiz!

Here’s the video of his physic-defying free-kick: