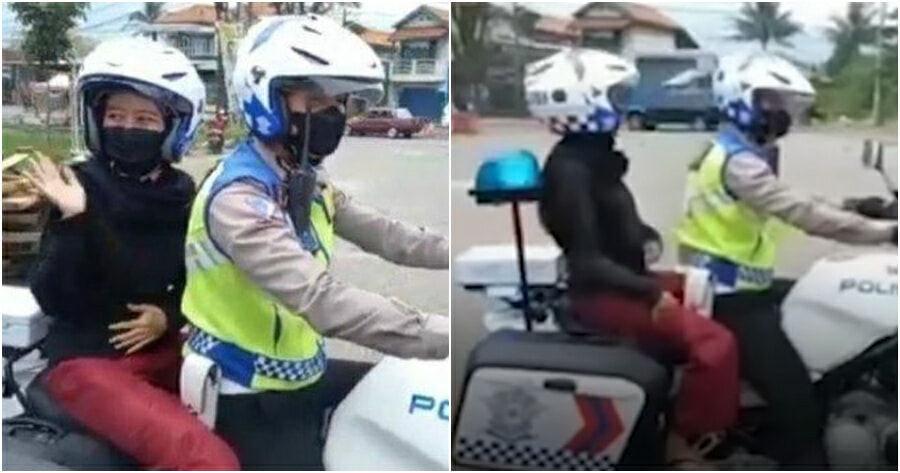 Pregnant mothers can have unusual cravings from time to time. While some crave food, some crave to be behind the wheels.

Recently, a pregnant woman from Garut, Jawa Barat had a similar craving to be on a vehicle, but a bit more daring – She craved to be on a police motorcycle! And she actually made sure that her cravings were satisfied!

Upon having such a craving, she immediately went to the police station and sought permission from the officers there to ride on the police motorcycles as a passenger.

“She informed us about her pregnancy and her desire to be on a police motorcycle,” said the spokeperson for the traffic unit in the police station.

Surprisingly, the woman’s craving was immediately satisfied as the officers agreed to fulfil her wish. Coincidentally, one of the officers on duty was on his way to patrol around the city and he allowed the woman to be on his patrol motorcycle. He took her on a ride within the area of the police station.

According to the officers, the pregnant mother was really happy when she knew that her craving would be satisfied. 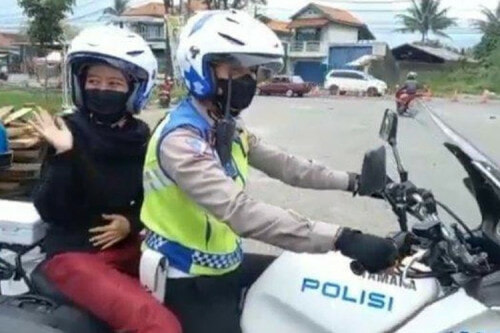 While her experience to be on the police motorcycle lasted only a short while, it was certainly one of the highlights of her life but most importantly, she felt tremendously happy for being able to ride on the vehicle. She thanked the police officers for entertaining her request.

Pregnant mothers can sometimes come up with bizarre cravings. What are the most unusual pregnant cravings that you have ever heard of? 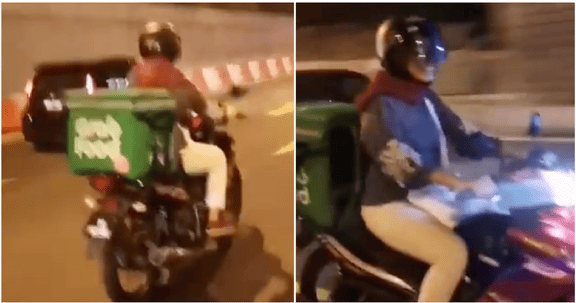