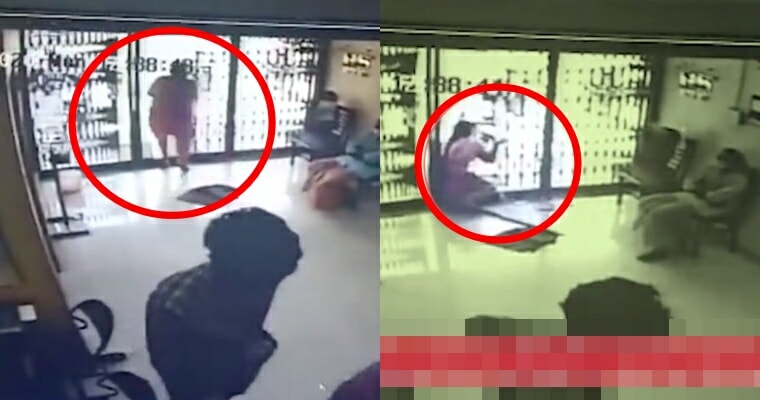 A tragic incident occurred on Monday (15 June) at a bank in Perumbavoor, where a 43-year-old woman walked into a glass door and shattered the glass.

It was reported by Times of India that Beena was rushing out of the bank to get the keys from her vehicle, but ended up shattering the glass door as she collided head-on. The local police collected the CCTV footage and they saw how the victim dashed back outside from the bank counter. As she collided into the door, the woman fell onto the ground that was covered with glass shards.

Beena immediately stood up and it took her moments to process her accident, and so were the witnesses at the waiting area.

In the CCTV footage, the witnesses stood up in shock and it took them several moments to approach her. Staff from the other side of the bank came out into the lobby to find out what happened.

Another woman (in green) dashed into the scene to help the victim to be seated. It was only then, one of the witnesses called the ambulance.

A few minutes later, Beena was bleeding profusely and blood began to pool on the ground. Seeing how things had escalated too quickly, the witnesses helped wrapped a sheet of cloth around her as they waited for the ambulance to arrive.

Unfortunately, the woman succumbed to her injuries and passed away at the hospital.

Some commented that the bank did not comply with the safety measures by using a “cheap” glass door, which was the reason why it broke so easily.

We’re heartbroken about her death and we wish she could rest in peace. 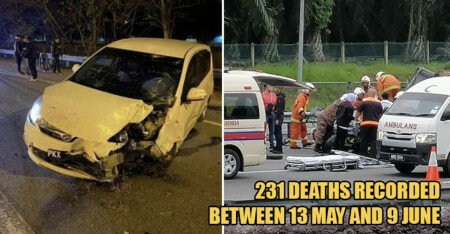