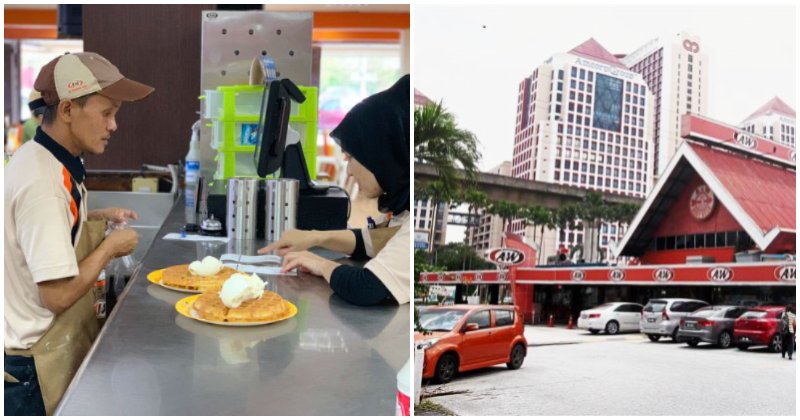 Fast food restaurants may not sell the healthiest of foods, but not only are they delicious and convenient, but they also offer job opportunities to those who may not have the best chances when it comes to landing a stable job.

Internet personality Cikgu Brian took to his Twitter account, -x- (@Ohhb_) to share an incident he witnessed at the Petaling Jaya A&W outlet. Not only were they staffed by senior citizens and people with disabilities, but the team was using sign language in order to communicate with each other.

A&W Petaling Jaya has gained my respect for hiring hearing impaired and senior citizens. It not only makes this a family-oriented environment but it also gives these staff a chance to feel wanted and respected. It was nice seeing them communicate thru sign language! Salute! pic.twitter.com/FyrsxiWOKW

Cikgu Brian wrote, “A&W Petaling Jaya has gained my respect for hiring those with hearing impairments and senior citizens. It not only makes this a family-oriented environment but it also gives these staff a chance to feel wanted and respected. It was nice seeing them communicate through sign language! Salute!”

Netizens took the time to shed some light on other locations and fast food outlets who open doors for senior citizens and people with disabilities to hold positions.

This comment goes, “We also have a KFC in Sabah that hires deaf and mute people. KFC Tanjung Aru.”

This comment says, “Same with the A&W at the Sungai Buloh rest stop bridge.”

This comment reads, “McDonald’s Kuala Terengganu too! They are so kind.”

It’s truly amazing to see people not only offering opportunities to those who normally wouldn’t get the same offers as those without disabilities, but also taking the initiative to learn sign language in order to make the work environment friendlier for them.

Not only does that help give them a further sense of purpose, but it also helps them educate the general public about how they function around their disabilities. Who knows, they may also inspire children with disabilities to not let their dysfunctions bring them down.

Cikgu Brian’s posting has since garnered over 2,800 retweets.

Just because someone has disabilities does not mean they can’t function as a contributing member of society. 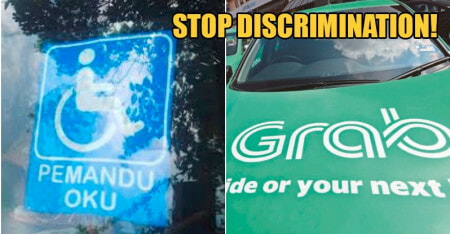