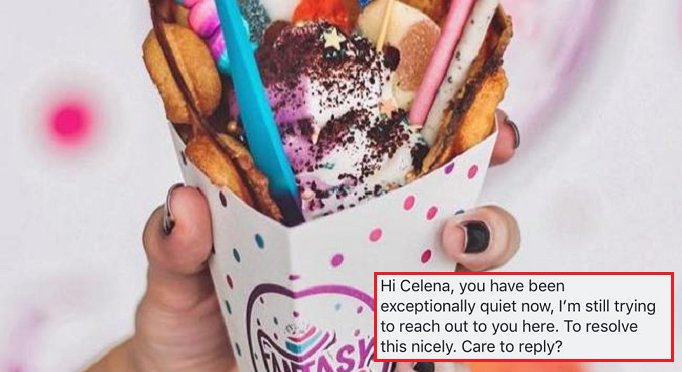 It is a norm now to post reviews about a product or a recent restaurant we’ve visited on social media. However, if we are not careful with the way we write our post, we may just get in trouble for it. Just like this lady from Singapore, who, according to Mothership, received a legal letter by a restaurant representative to retract her defamatory statements made on Facebook.

Well, prior to this, Celena Ho visited Fantasy Desserts at the Orchard Getaway to have a taste of their famous egglets but she was, unfortunately, let down by both their services and their food. Thus, as a true millennial, Ho took to FB to voice out her disappointment with the restaurant. Her post was later regarded as ‘fake’ and immature by the Fantasy Desserts’ representative, Sara Shantelle Lim.

Not only that, their rep also posted a threat stating that Ho can be sued for the negative comments and fake information (she made a little mistake by getting the prices mixed up) that she had posted about Fantasy Desserts.

However, after that, Fantasy Desserts proceeded to apologise for the misunderstanding and for thinking Ho had given a fake review because of the tiny price mix-up whilst simultaneously advertising their company too. Weird.

On that same day (28th January 2018) when the post was posted, Ho was approached by Lim through a private FB message, attempting to reconcile but was ignored by Ho. 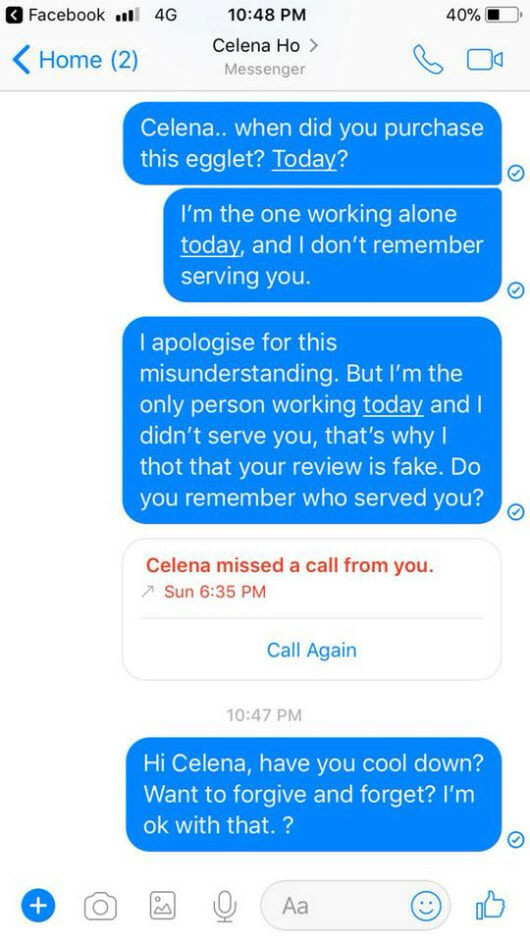 After getting her message ignored, Lim continued to comment on Ho’s post, taunting her to respond to her. IMHO, this was maybe uncalled for. 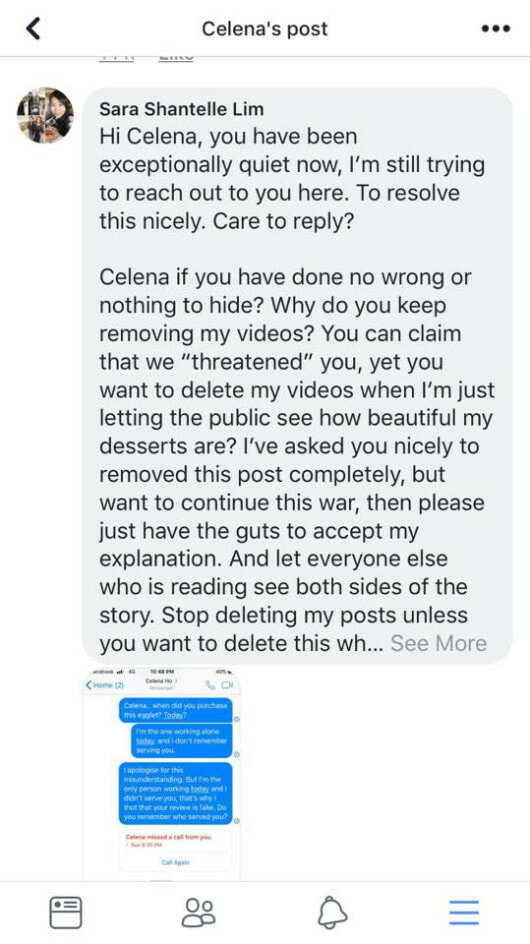 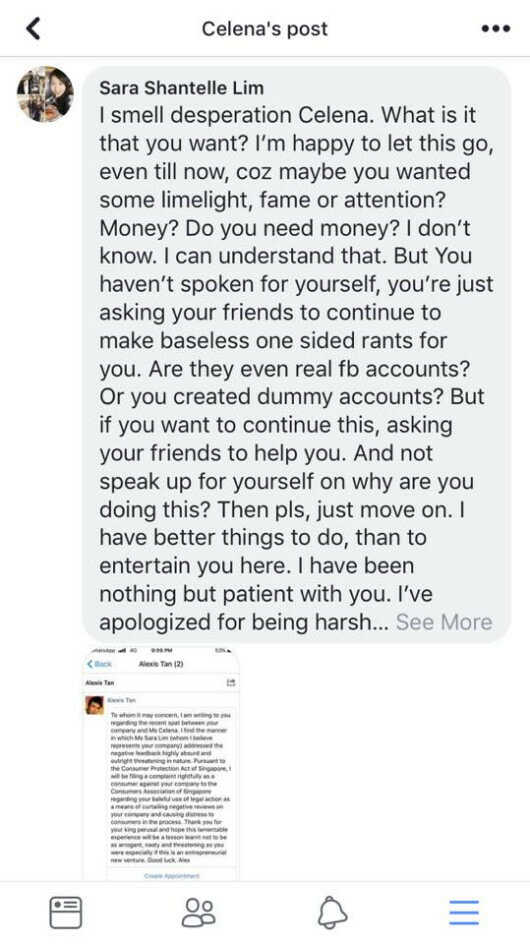 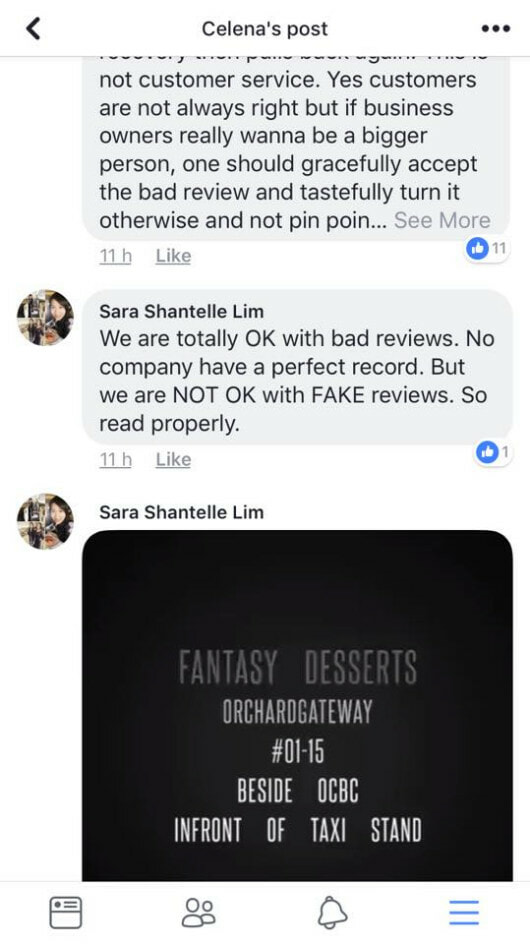 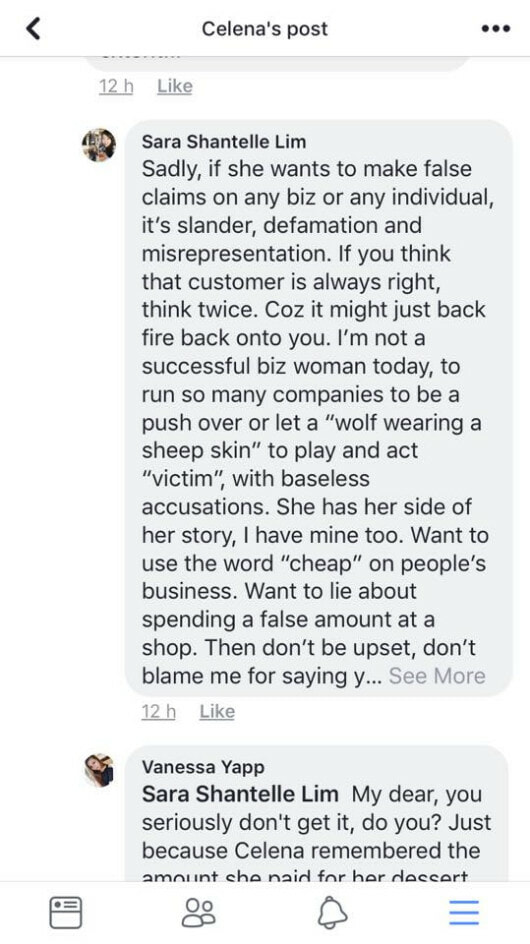 Then, she proceeded to post a couple of links to her blog in the comments. 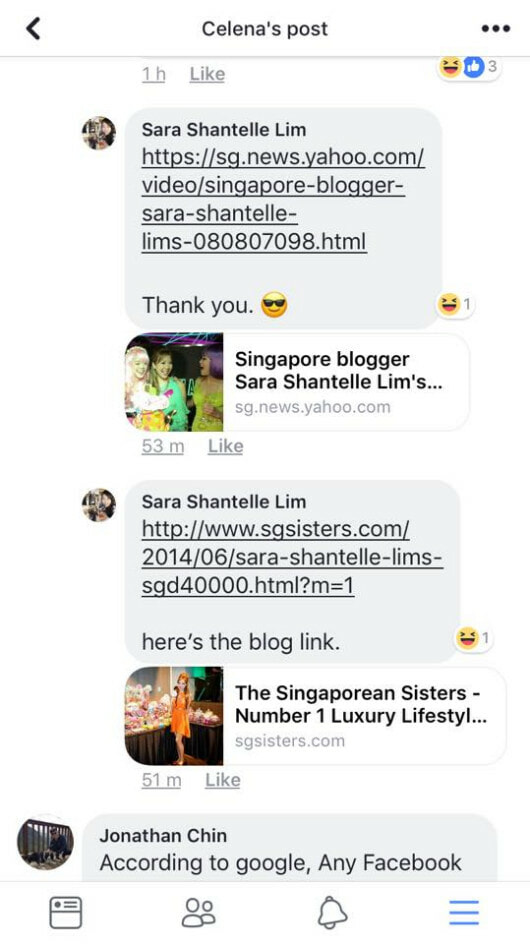 Since there was still no response from Ho, Lim had decided to issue a legal letter for Ho to take back whatever she had said about Fantasy Desserts.

Our clients opine that the 28 January Post contained statements/comments/insinuations/allegations that were defamatory in nature, inter alia:

c. “… I believe my tastebuds and judgement should not be ridiculed in such a manner!!!”

d. “I guess that’s how they maintain ‘positive’ reviews on their page”

The letter which was dated 29th of January 2018 demanded that Ho should retract her statements by 30th of January 2018. Thus, most likely due to the letter, Ho’s post and FB profile had been removed ever since.

Pheww, quite a rollercoaster ride, isn’t it? Who would’ve thought a petty squabble can snowball till this big a case! What are your thoughts on this case?