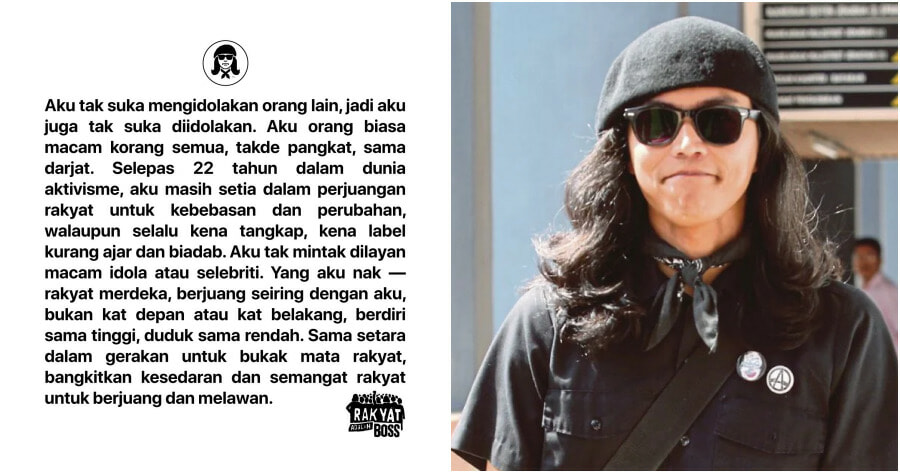 Following his efforts in educating the rakyat about the electoral process as well as his nationwide democracy class tour, political activist and graphic designer Fahmi Reza has managed to grow his fanbase especially among the younger generation.

In recent days, a couple of fan edits of Fahmi was shared on social media platforms, to which he has since responded his displeasure towards.

However, it appeared that fans did not get the memo as more and more fan edits were made of Fahmi.

Following the huge amount of fan edits being made of him, Fahmi recently released a statement where he urged the public to stop idolising him and that he wants to be treated as an equal instead of being put on a pedestal.

In his statement, Fahmi wrote, “I don’t like to idolise others, so I also don’t like to be idolised myself. I’m just an ordinary person like all of you with no status and of the same class.”

“After 22 years in activism,  I remain loyal to my intentions to fight for the rakyat for freedom and change,” he explained.

“Even though I have been arrested multiple times in the past and been labelled as disrespectful and unmannered, I never asked to be treated as a celebrity or idol.”

Fahmi stated that all he wants is for the rakyat to fight alongside him and not behind or infront of him.

“Stand side by side and on the same level. Work together to open the eyes of the rakyat and raise awareness and encouragement to fight,” he concluded.

Although it is perfectly acceptable to look up to someone and treat them as a role model, we should never idolise a person as it could lead to something negative. 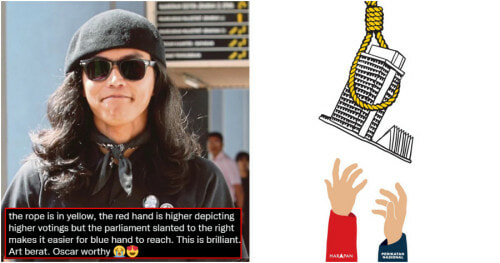