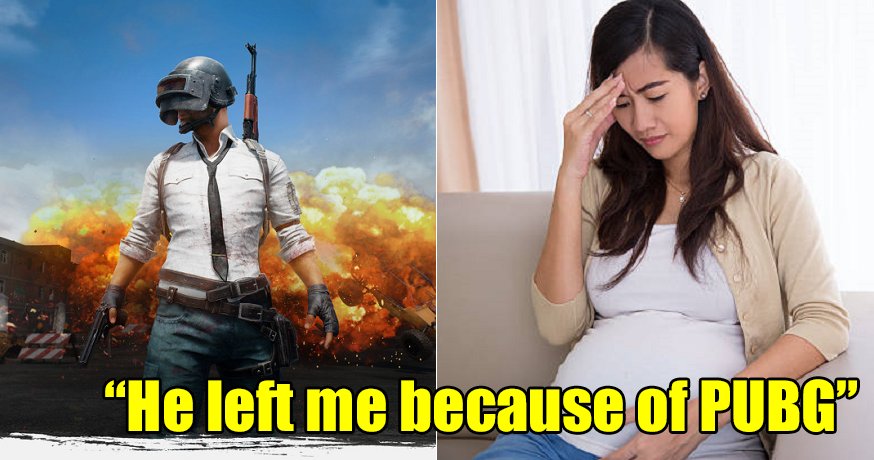 Gaming has always been a popular source of stress relief for many people. Studies have shown that indulging in video games can carry many positive side effects such as being able to make new friends and reducing overall anxiety. However, there has also been many reports where being addicted to such games can be detrimental to one’s life. After all, it can sometimes be harmful to the loved ones around us.

According to a viral Facebook post, a pregnant woman was left by her husband because he was too addicted to the game, PlayerUnknown’s Battlegrounds (PUBG). 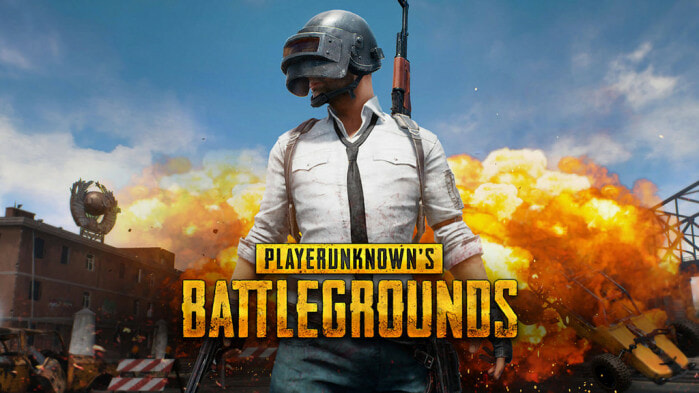 The victim was identified as a mother of one who is currently 4-months pregnant. She reported that her husband’s addiction started when his siblings first introduced the game, PUBG to him. Ever since then, they would get into numerous arguments regarding the issue, which eventually led to him leaving the family. 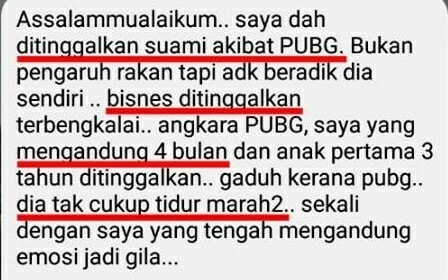 She mentioned that the main reason they argued was because her husband would be constantly playing PUBG all night long. They would then get into arguments because he had trouble waking up in the morning, causing him to neglect his work and business. He would then call her a nusyuz, which is a term for a wife who does not support her husband, whenever she scolds him for being too addicted to the game.

“It has been a month since he has left us. We are now left with no choice but to support ourselves through any hardship that may come.”

“Before he started playing PUBG, his personality was much more tolerable. However, the situation gradually grew worse from when he first started playing the game four years ago.”

“Please pray that he will return to our family.”

We hope that the husband of the victim would come back to his family. Hopefully, the cause of the problem would be peacefully solved and they will be reunited as a happy family once more.

Also read: 13yo Boy Jumps Off Building to His Death, Mother Blames PUBG for Influencing Him 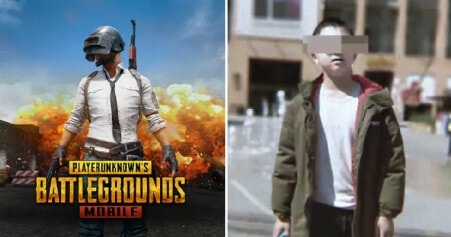