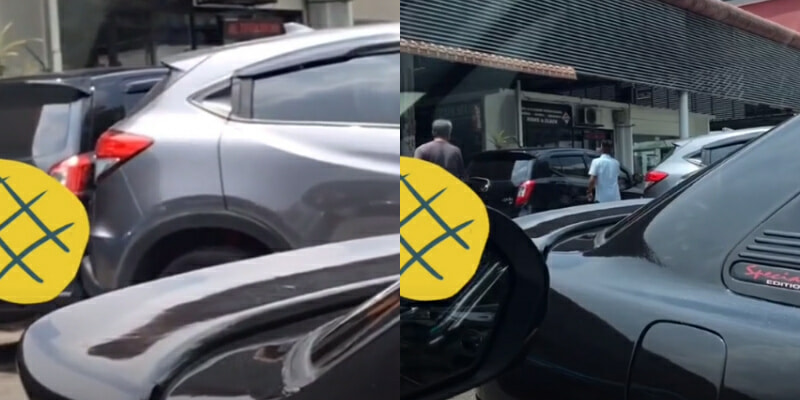 Don’t you just hate it when someone blocks your parking? Have you done anything about it? Ever thought of teaching the blocker a lesson? Well, this person has!

An eyewitness video of a Honda HRV knocks into a parked Perodua Axia which was blocking its exit is currently going viral on social media and it’s absolutely bonkers.

Sharing the video on TikTok, netizen miaayuslix writes, “I pity the Makcik who had to rush out of her parking space.”

In a play-by-play narrative, it was clear that the Axia was NOT supposed to be there.

“The Axia was clearly not supposed to park there.”

After sharing that fact, a grey HRV began backing up to the vehicle and bumped bumpers multiple times before the owner came out to move his Axia.

“There were a lot of empty parking spaces, but he chose to park there and block traffic instead.”

Some Malaysians can be a real pain in the butt when it comes to parking spaces. Some are comfortable in putting themselves first,  for the sake of getting as close as they can to their destination. 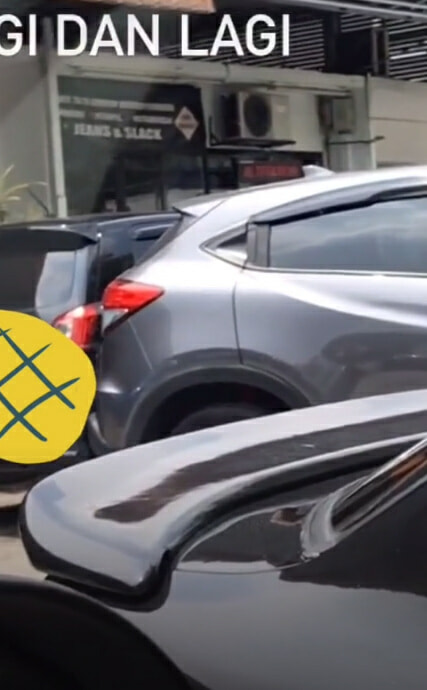 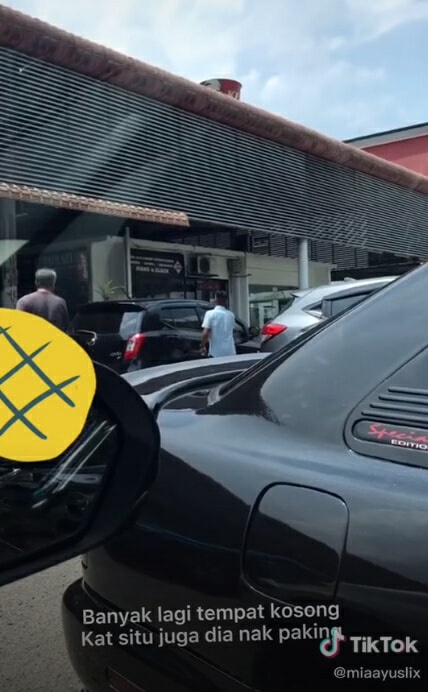 Clearly, we know who was right and wrong in this situation.

Netizens commenting on the incident voiced their agreement that the HRV driver was right to teach the irresponsible Axia driver a lesson.

One netizen writes, “Abang, next time when you park, ask yourself, will my action affect other people?”

Look, we know parking may come at a premium in some places, but it wouldn’t hurt for us to be a little more mindful of other users. 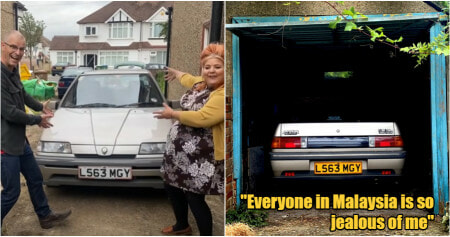