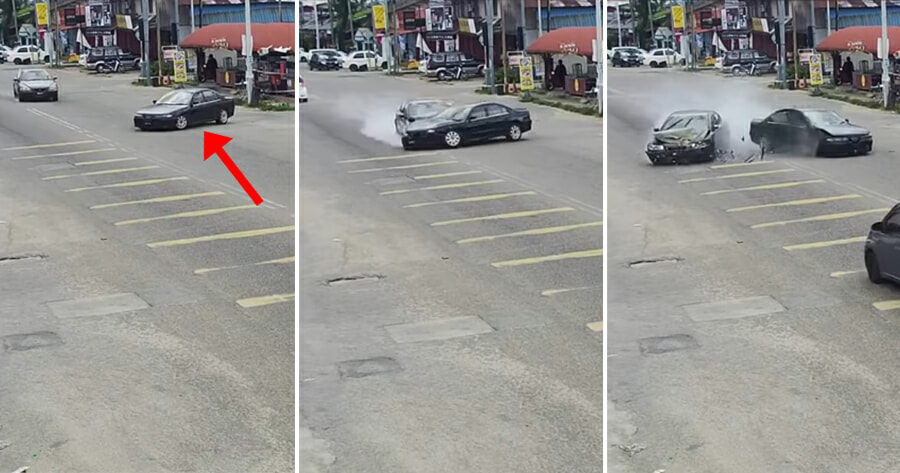 Disclaimer: This article contains videos and images that some readers might find distressing. Reader discretion is advised.

It’s a common sight to see Malaysian drivers making illegal U-turns on the road, just because it’s convenient and the easiest way to turn around. But they are still called ‘illegal’ for a reason and until drivers learn to obey the rules, accidents are bound to happen.

In a video posted on Info Roadblock JPJ/POLIS, a driver in a black Proton Perdana can be seen turning out of a junction on Jalan Berek 12, Kota Bharu, Kelantan. The timestamp on the video shows that it was about 1.23pm on 15 May.

He enters a two-way lane and slows down in attempts to make an illegal U-turn in the middle of the road, even though there was no divider or curb to drive around.

As the driver is halfway through the U-turn and in a horizontal position, another car approaches at a relatively high speed. Upon seeing the U-turning car, the second driver jams on the brakes, but inevitable crashes into the Perdana.

The Perdana is pushed off its course from the impact as the other car comes to a halt at the side of the road. A Perodua Viva almost collides with the two cars but was able to avoid contact.

It is uncertain if the drivers or passengers involved were injured as further information about the incident has not been made available at the time of writing.

Don’t make illegal U-turns for your own safety and for the safety of other motorists on the road! 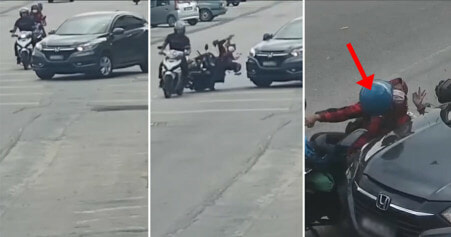