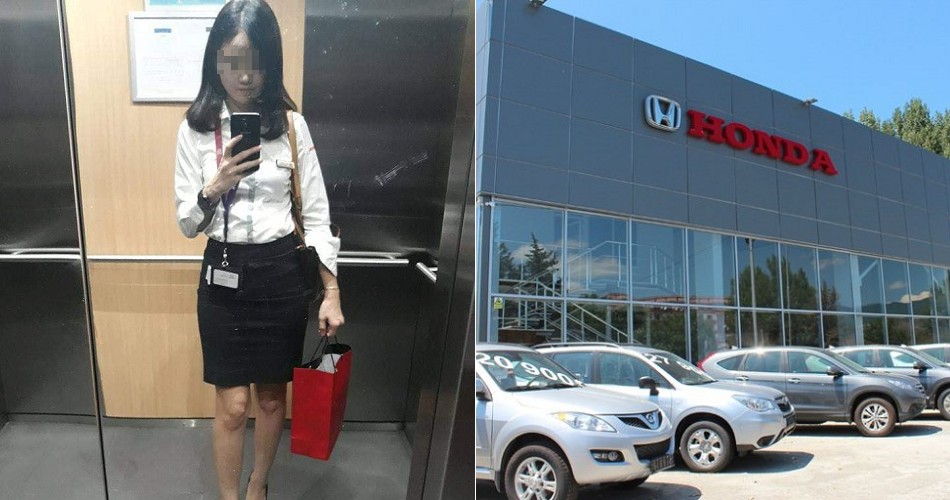 It has been three days since firefighter Muhammad Adib Mohd Kassim passed away after sustaining severe injuries during the Seafield temple riot. Many Malaysians took to social media to express their condolences over Adib’s untimely death and in the midst of the many comments, one particular comment caught the attention of the masses.

The comment which was made by a Honda Malaysia dealership staff sparked an uproar amongst netizens as they found it to be very insensitive towards Adib’s death. Her comment which was posted during the Minister of Housing and Local Government Zuraida Kamaruddin FB live stream is as shown below:

Translation: “It wasn’t the government who had failed (him); it was your God who failed to save Adib.”

After her comment went viral, Honda Malaysia was quick to issue an apology for their staff’s irresponsible action. They explained that her behaviour is against the value of Honda and they will not tolerate that kind of behaviour. Good on them!

Therefore, to ensure that a situation like this will not repeat again, they have sent a memo advising all their dealers to train their staff “to have the right attitude”. This is a good initiative!

Not only that, they had since suspended the employee and had conducted an internal investigation on the matter. In recent updates, it was revealed that Honda has fired the particular staff who posted the insensitive comment on FB after the investigation was completed. 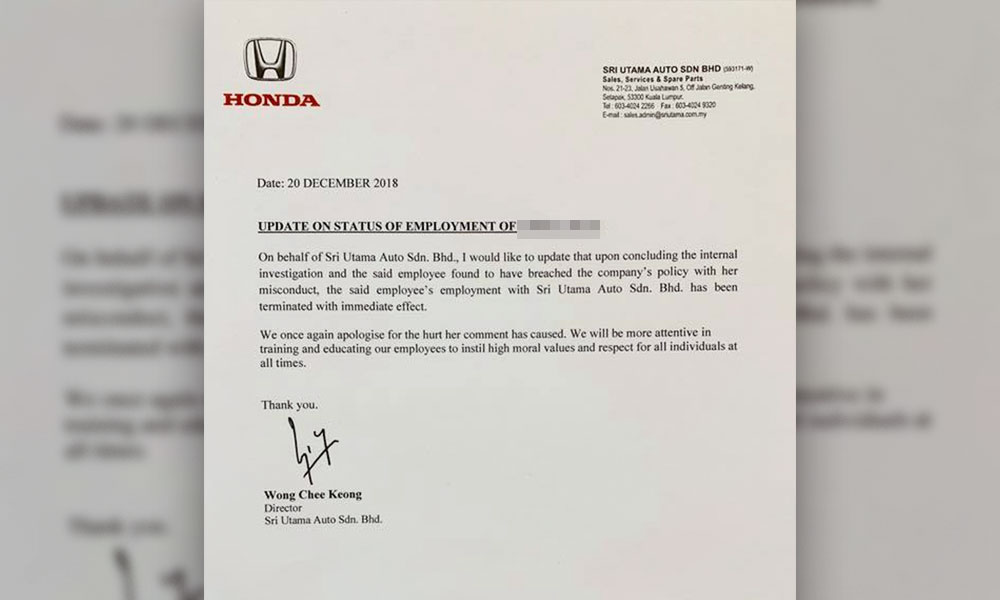 “We would like to update that upon concluding the internal investigation and the said employee found to have breached the company’s policy with her misconduct, the said employee’s employment with Sri Utama Auto Sdn Bhd has been terminated with immediate effect.”

“We once again apologise for the hurt her comment has caused. We will be more attentive in training and educating our employees to instil high moral values and respect for all individuals at all times.” 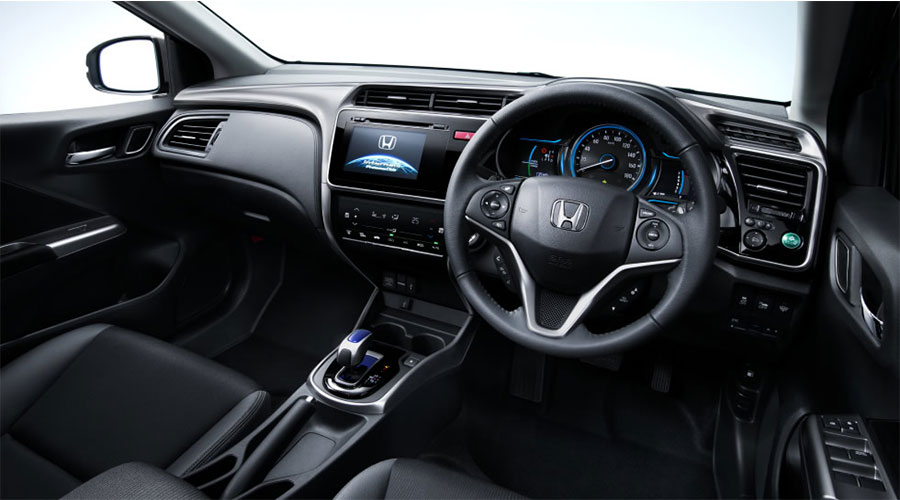 We commend Honda for taking quick action on this matter and solving it ASAP. Good job, Honda!

That said, let’s all take this as a lesson to be mindful of what we say or post online, especially when it comes to religion or death. 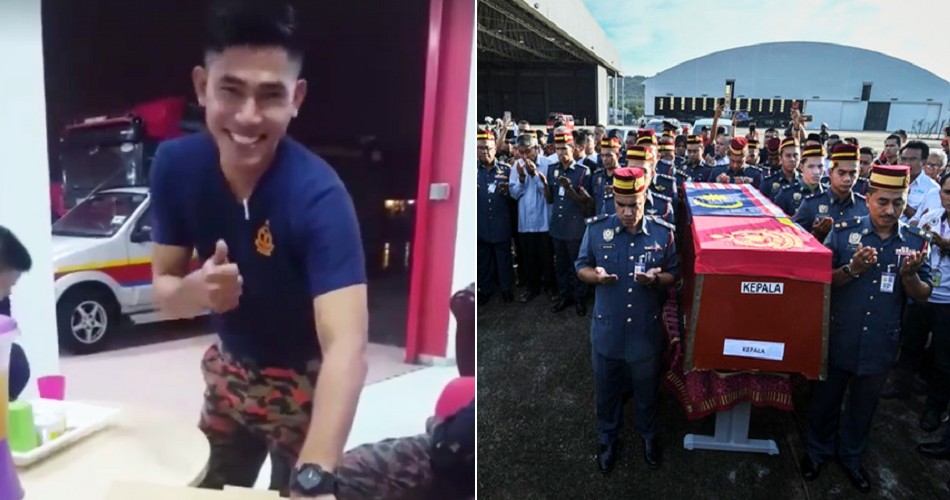