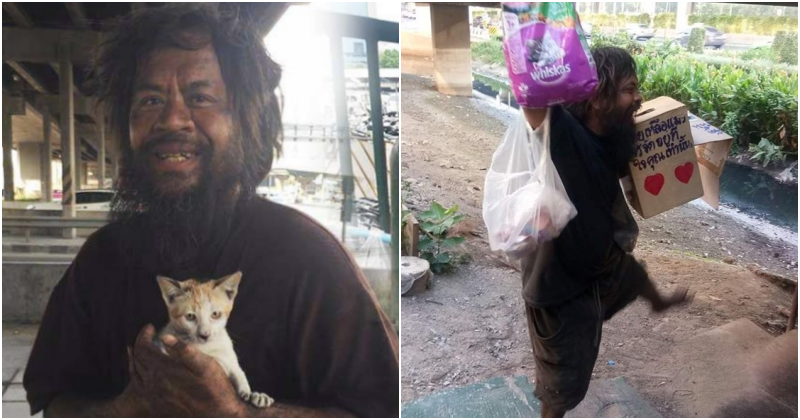 The love between humans and their pets is probably one of the purest things on this planet. Every pet owner knows the devotion and unconditional love they feel for their animals.

Pet owners would give the world to their pets, and this homeless man from Thailand is certainly no exception.

According to a Facebook post, a homeless man from Bangkok has caught the attention of Thai netizens on social media. 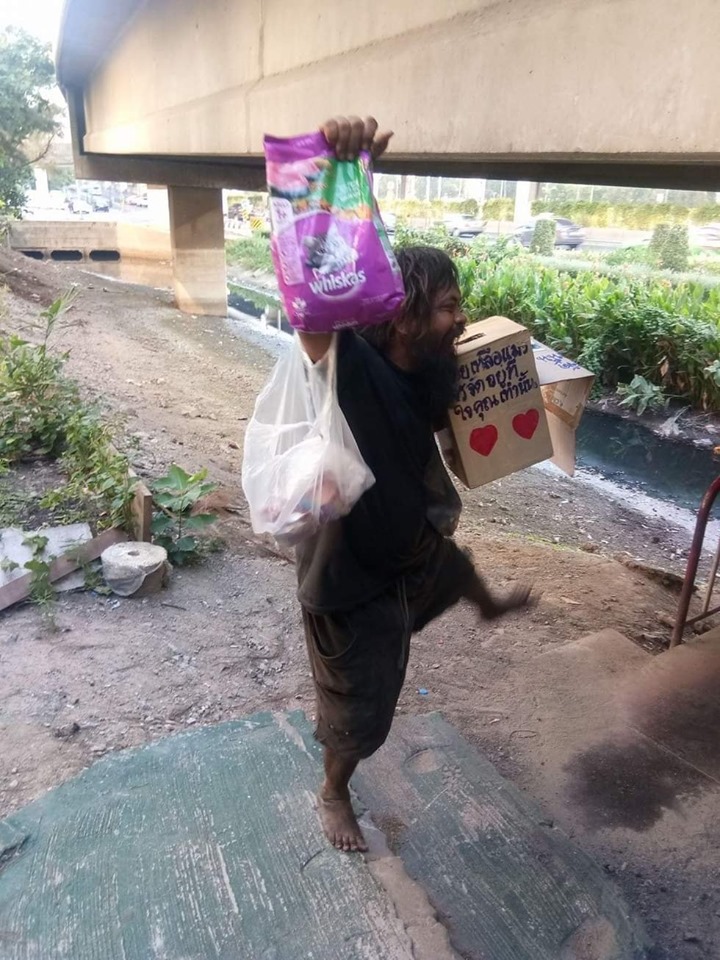 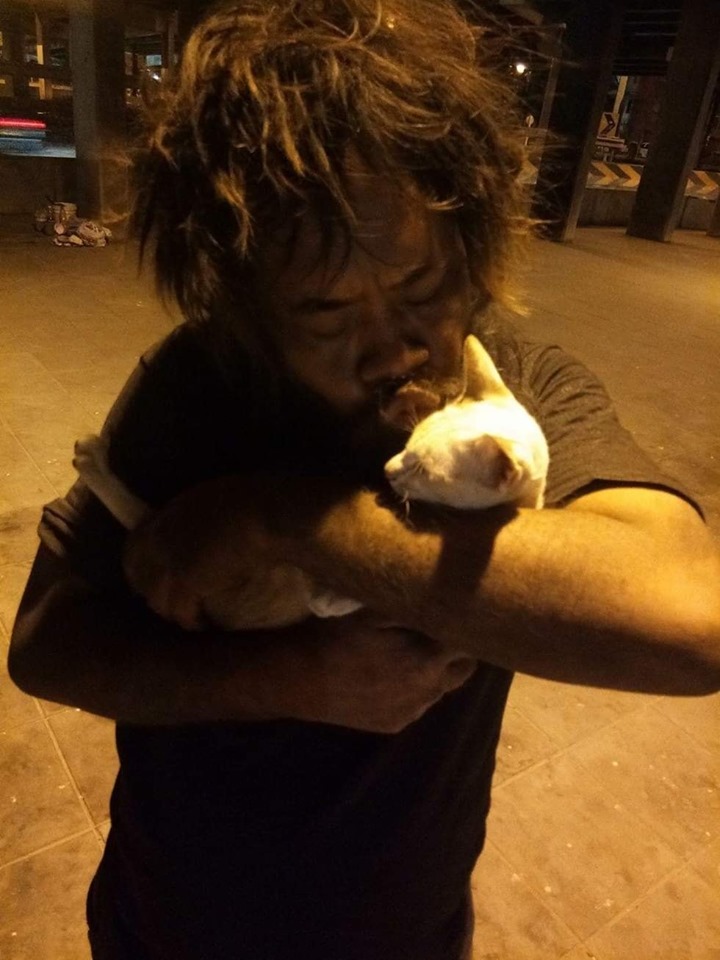 Loong Dum can be found selling limes at the Mo Chit BTS train station in the bustling city.

He also set up a sign that reads, “20 baht per bag, profits will pay for stray cat’s food expenses.” 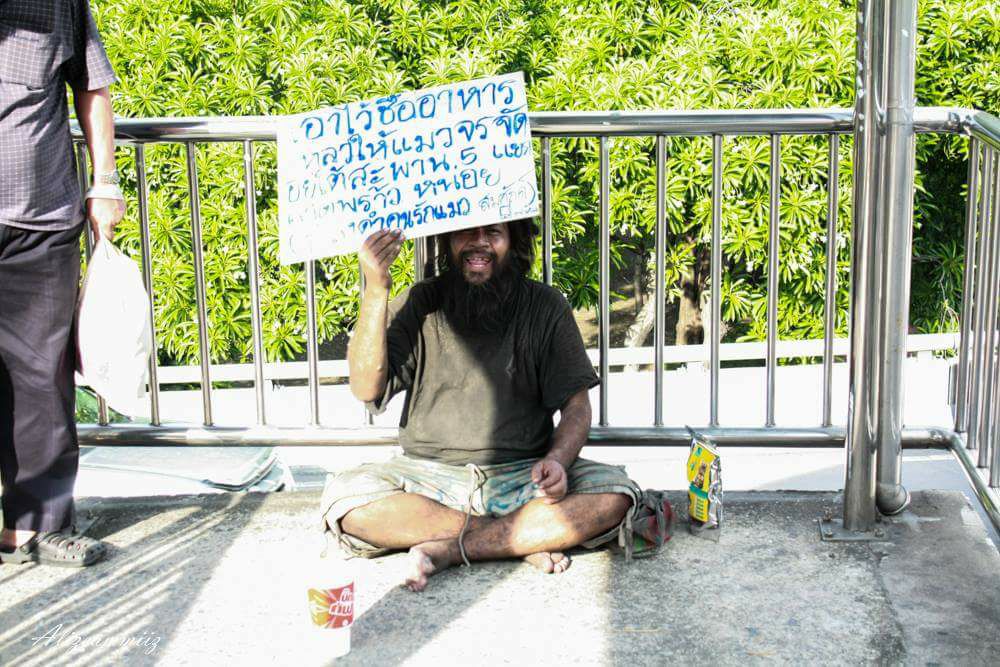 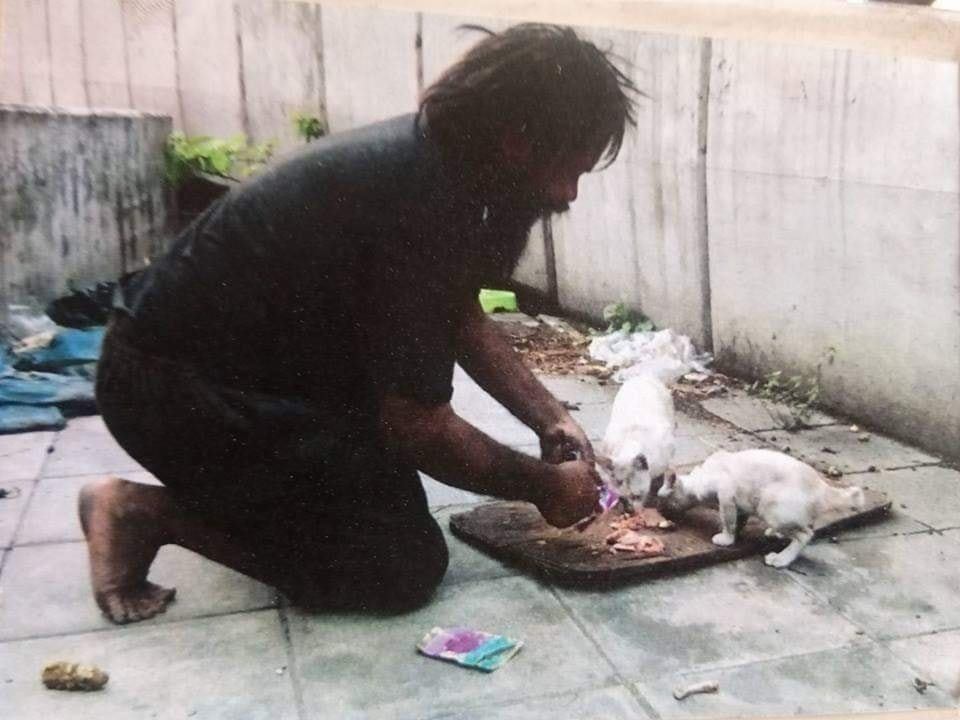 One lady named Warunya Wattanasupachoke, who posted about this man online, said that she met Loong while crossing an overhead bridge on her way to the train station.

When she read the sign, she decided to buy some lime from him. Warunya then discovered that the limes were given to Loong by a kind stranger free of charge! 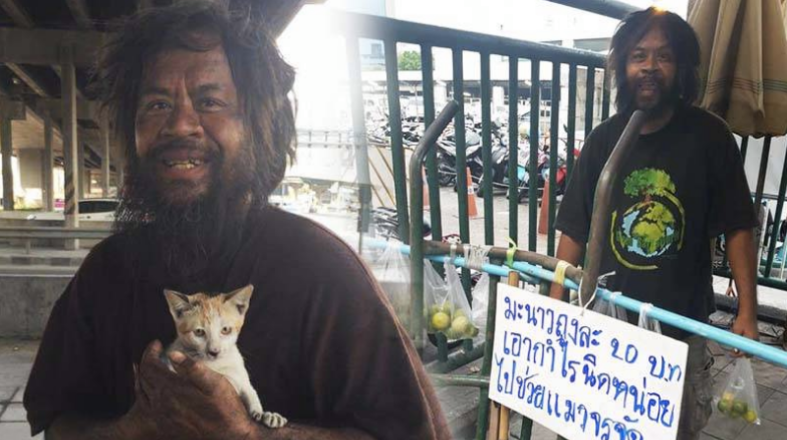 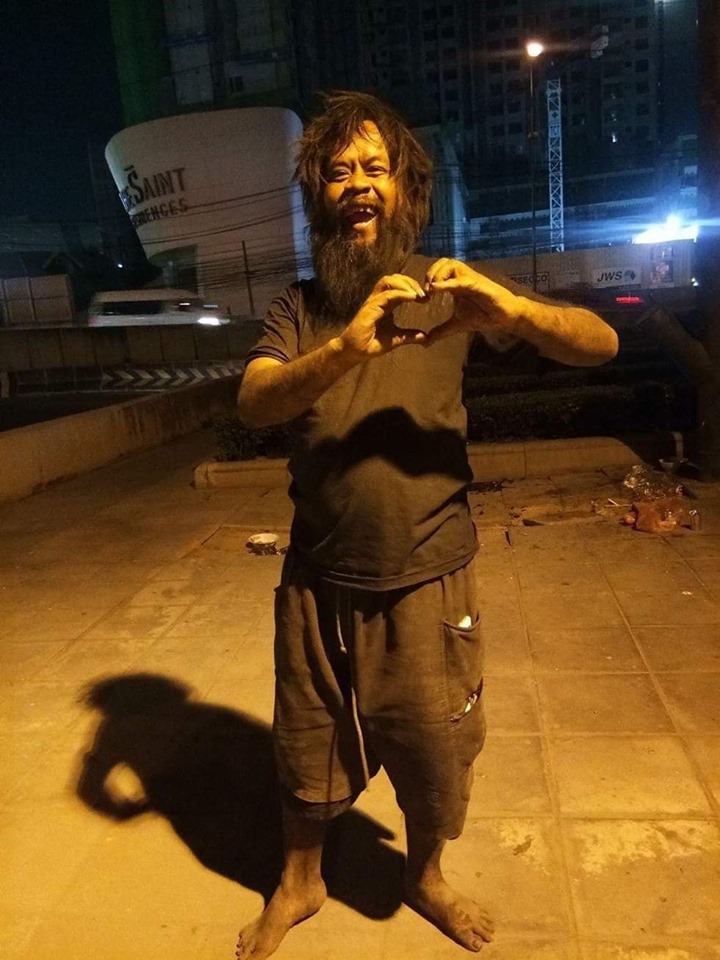 She described Loong as “friendly and polite”, saying,

“We shouldn’t judge someone based on their appearance.”

“Take Loong Dum for example. Though he is homeless and rugged-looking, he has a big heart.”

Loong Dum says he’s completely okay with starving, as long as the cat gets to eat.

“I’m fine with skipping meals, but the cat needs to eat,” he says.

Sorry, we have something in our eyes!

This definitely opened many netizens’ eyes as they share how even with no money, the homeless man is willing to sacrifice everything to ensure the cats don’t starve. It does put things into perspective, what have we done today?

Also read: M’sian Expresses Outrage As Homeless Family Had ALL Their Things Burnt and Thrown into River 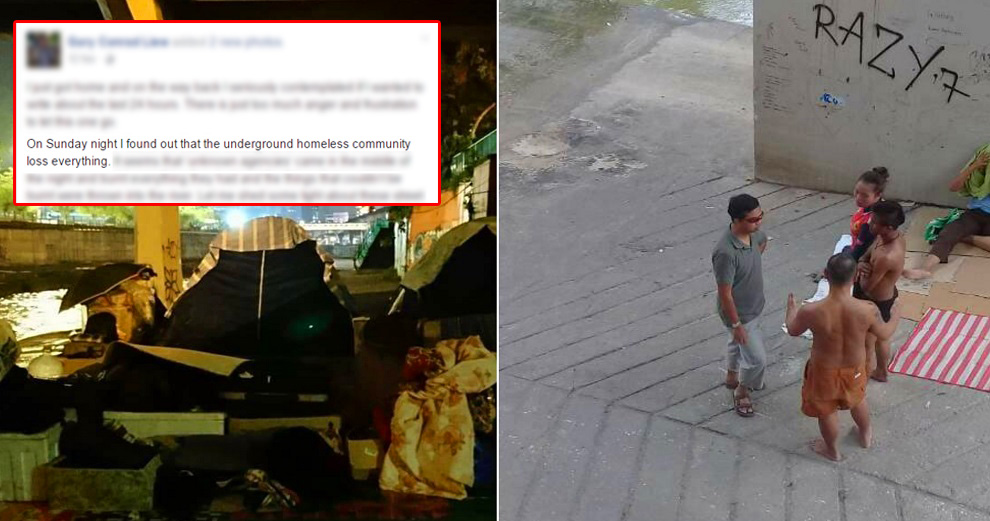