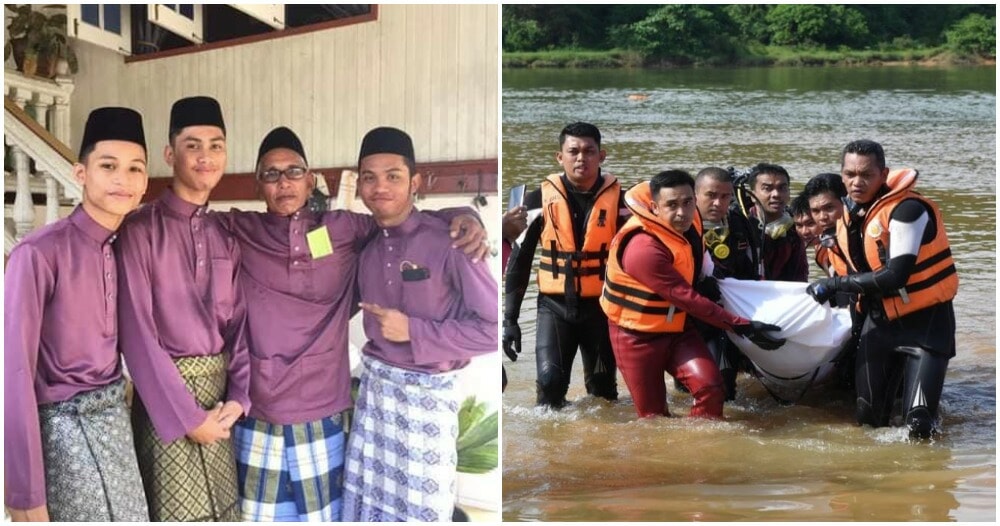 Tragedy struck this family on the fourth day of Raya when a father of eight lost his three sons in a drowning accident at Sungai Terengganu, Kampung Kuala Telemong. Their father, 64-year-old Mohd Ramli said he still can’t believe the news as he’d repeatedly told his sons to not go swimming there as it’s quite dangerous even though it was only 200 metres from their house. 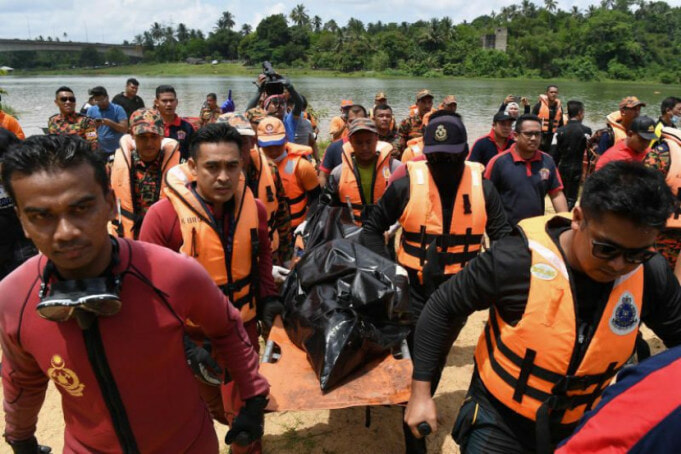 Mohd Ramli said he was sweeping the masjid when the villagers called him to the riverbank. At first, he thought someone had stolen his coconuts but instead he was asked to identify his children’s things left by the river.

Recognizing their slipper, clothes and handphone, Ramli knew that his sons were the ones who drowned even before their bodies were found. 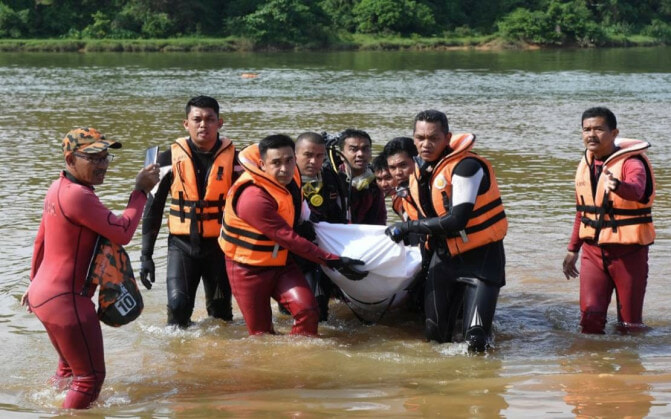 He recounted how he never saw any behavioural changes in his sons the few days leading to their death. “Oddly, the three of them wanted to take a picture with me in our matching Baju Melayu. It was as if they somehow knew.” 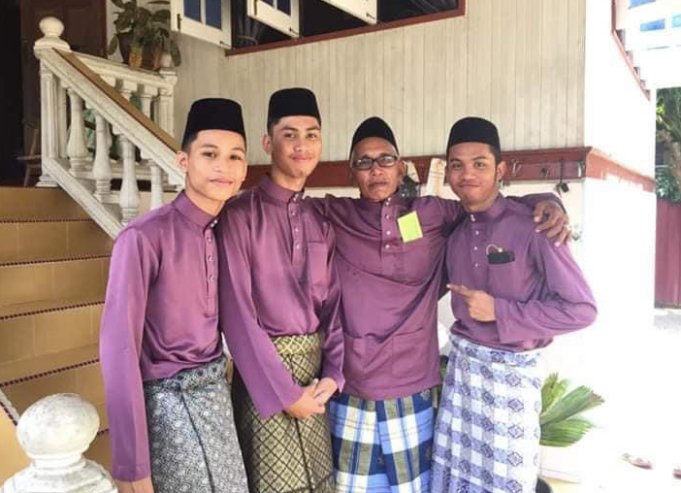 Our condolences to the family over their tragic loss. We can’t imagine what must they be going through right now. Let this be a reminder to the rest of us that life can be unpredictable so let us cherish whatever time we have with our loved ones.

Also read: Heroic 12yo Johor Boy Dies in A Whirlpool After He Saved a Friend Drowning in Sungai Tebrau