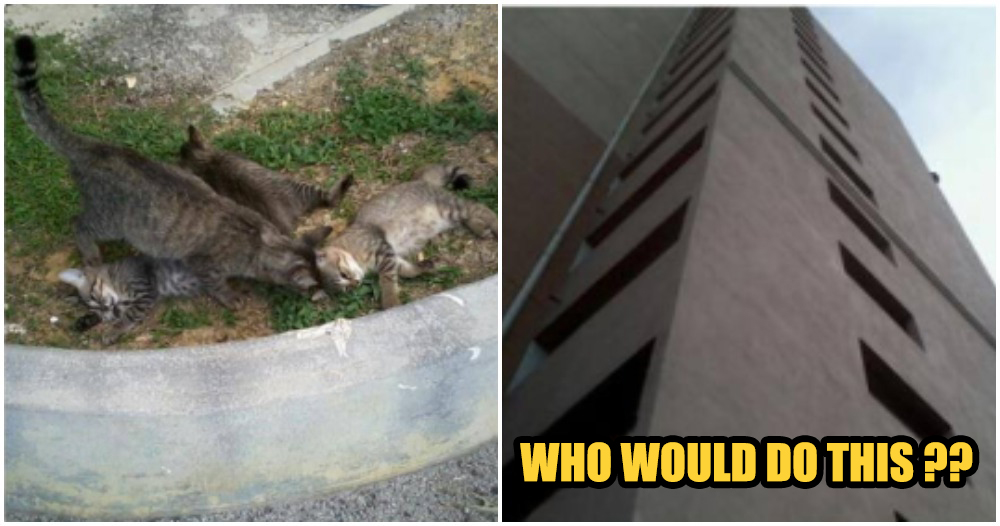 If you think that there are too many animal abuse stories when you open any social media site, you’re not alone! The sad reality is that in the world we’re living in, almost every day an innocent animal is killed and abused for no other reason than they were alive and at the wrong place at the wrong time. We can preach about humanity all we want but when we can’t even defend the voiceless, that just shows how inhumane we are. This recent incident will simply break your heart.

Facebook group D’Cat D’Hati posted this disturbing incident where three kittens where thrown from the NINTH floor when they were in their cages. And what’s even more heartbreaking is that the mother cat came and checked her kittens after, hoping they survived.

“2 kittens first came out from the cage door and immediately died. Another one was moaning in pain and struggling but soon died a few minutes later.”

The person was sharing how they were shocked hearing a noise coming from upstairs. Subsequently, they saw the broken cage on the road with the three kittens. They also explained that the owner of the kittens was still in Kuala Lumpur and was on the way back from work at the time, and they couldn’t see who had thrown the cage.

The sight of the mother cat mourning over her kittens is extremely tragic and of all the reasons to lose her kittens, she lost them because of heartless humans. 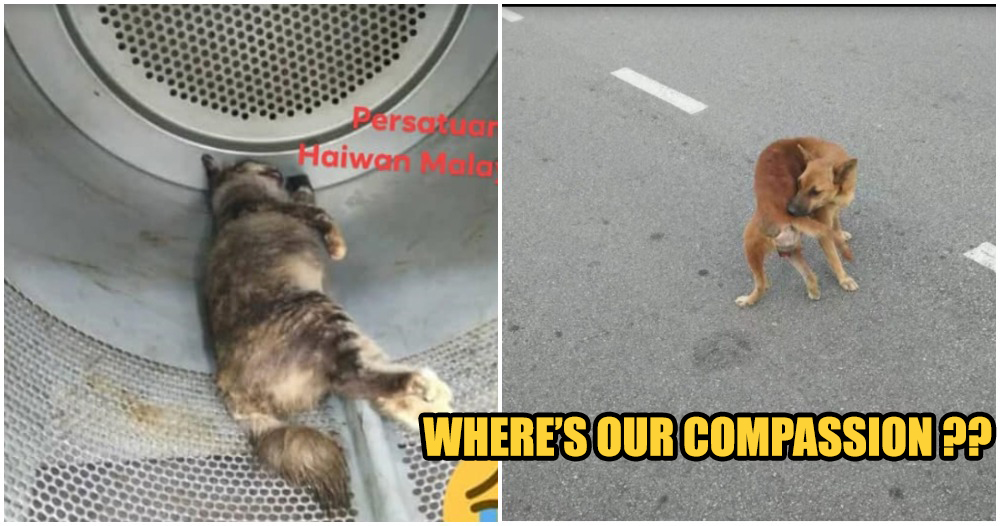