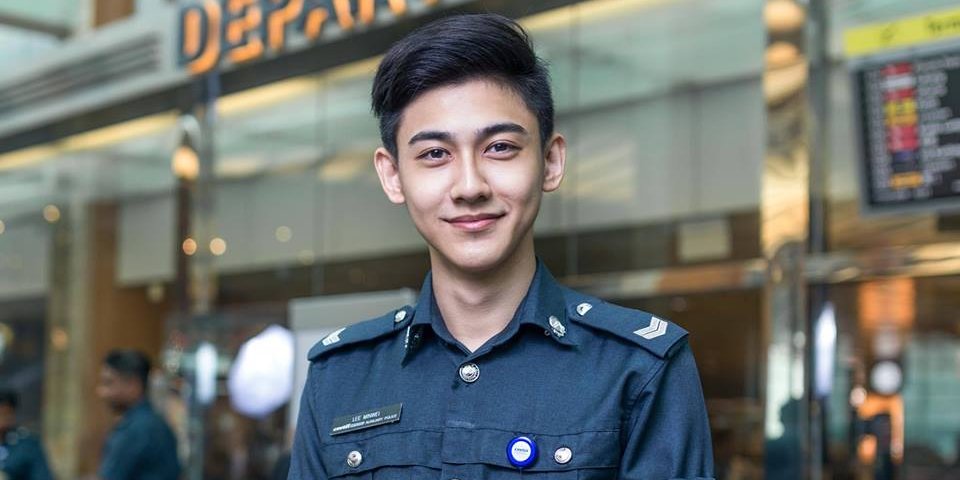 Hold on to your hormones ladies, because the good-looking Singaporean airport officer who went viral last week is finally identified!

And it doesn’t help every female’s ovaries from exploding because he is actually.. SINGLE!

The airport officer who works in Changi Airport is identified as 22-year old Lee Minwei. Write this down ladies.

He was shot to fame last week after a lady shared his image on popular Singaporean page, SGAG. 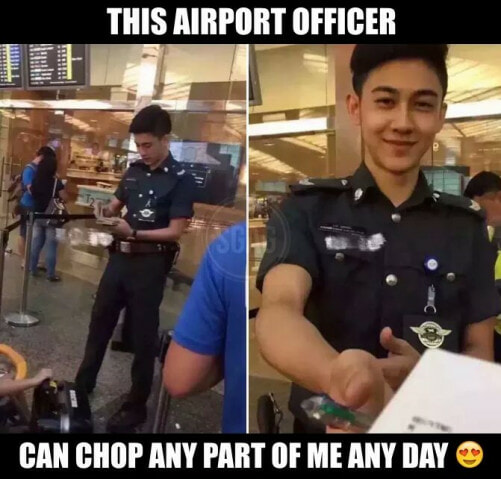 The officer who was in-charge of checking passports got women joking how they would purposely travel to the airport just to catch a glimpse of the cutie.

Just several days later, the image of Lee went so viral that even Changi Airport staffs took notice of it and decided to lay the mystery to rest by revealing more about the good-looking officer.

“Lee Minwei, 22, is a Corporal in the Auxiliary Police Force at Certis Cisco. Being part of the team that upholds security at Changi Airport is something Minwei is both passionate about and deeply interested in.”

Not just a cute face and charming smile, his sweet personality also got girls melting.

Changi Airport quoted Lee saying, “Seeing travellers and tourists excited to go on their trips makes me happy too. That’s why I always smile more at work, and hopefully it helps brighten up someone else’s day.” 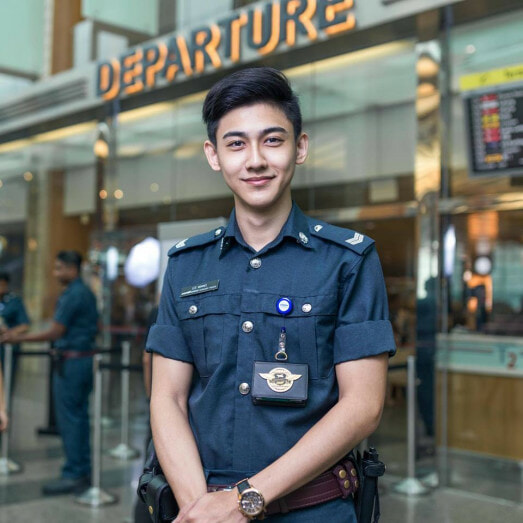 Apparently, Lee’s good looks often got him getting asked for pictures by tourists.

“There are times when tourists ask me to take photos with them, but I never expected something like this to happen. It was really quite a shock. My friends and family tease me a lot, but I have a feeling my younger brother is slightly jealous. I think my three siblings and I are all attractive in our own way. We took after our parents’ good looks – my mother has really beautiful eyes.”

Lee admits that he’s currently single due to his focus on his career, but will let things naturally take its course.

“I am single, but not actively looking for a relationship right now because I want to focus on my career. I believe things will happen naturally if it’s meant to be, and if the right girl comes along.”

Females netizens both in Singapore and Malaysia just couldn’t get enough of Lee’s boyish charms. However, here’s one of the most important question asked:

So if you see Changi Airport congested, you know what’s up lah.