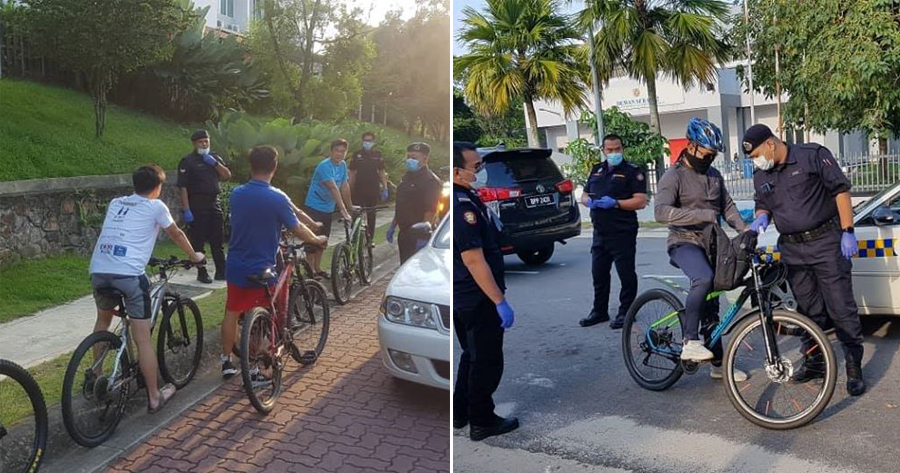 With the movement control order (MCO) entering its third week, PDRM has already arrested 828 individuals at road blocks and during patrols for going against the MCO, reported NST Online. PDRM together with Malaysian Armed Forces have also held 1,520 road blocks and inspected 257,287 vehicles as of Sunday (29 March).

However, even with such enforcement by the authorities, Malaysians are still being seen outdoors for one reason or another. Just a few days ago, several joggers were seen casually strolling outdoors and some were even seen carrying out their exercise activities.

Similarly, a group of cyclists were spotted riding their bicycles at Setia Eco Park yesterday (30 March). 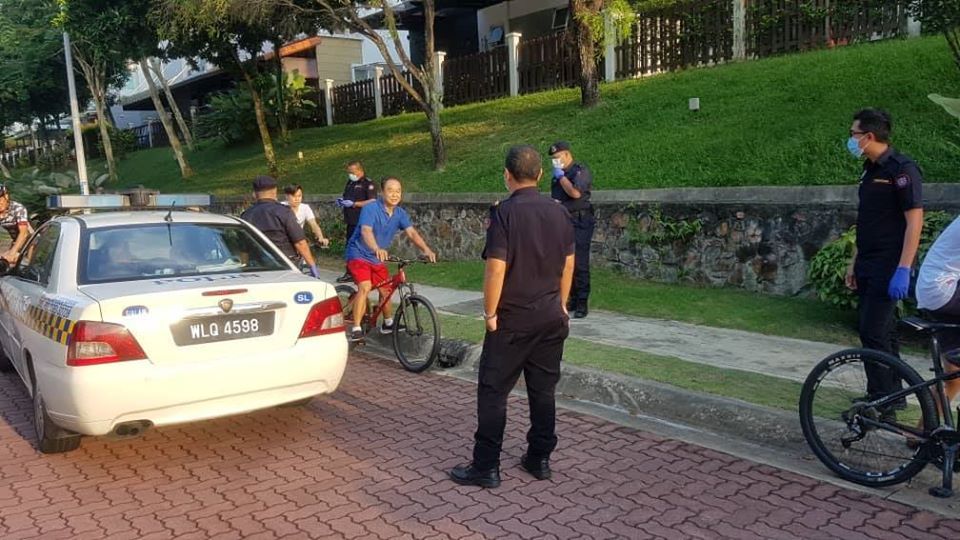 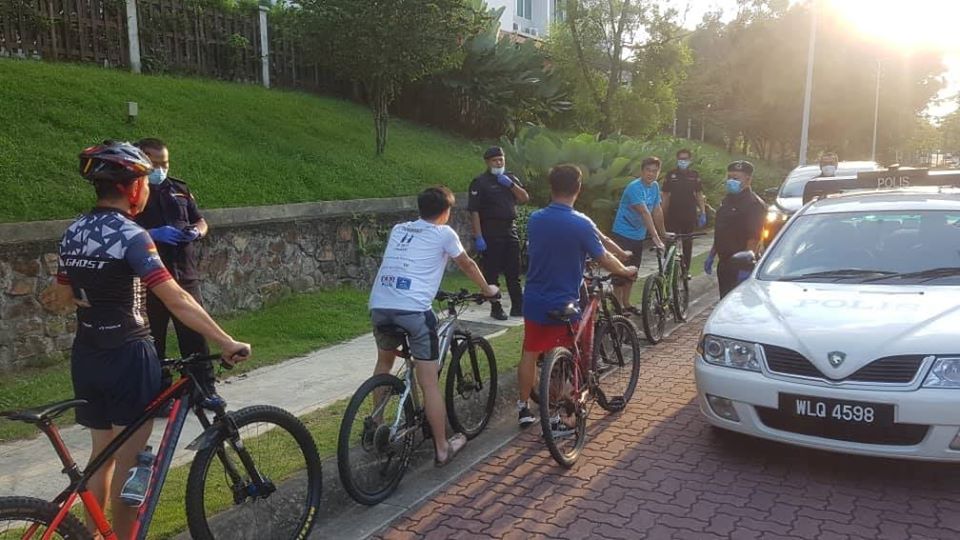 They were stopped by police officers patrolling the area and were issued a warning before they were ordered to go home immediately or they would be arrested, reported China Press.

Several photos posted on Majlis Bandaraya Shah Alam show a police officer checking the backpack belonging to one of the cyclists. 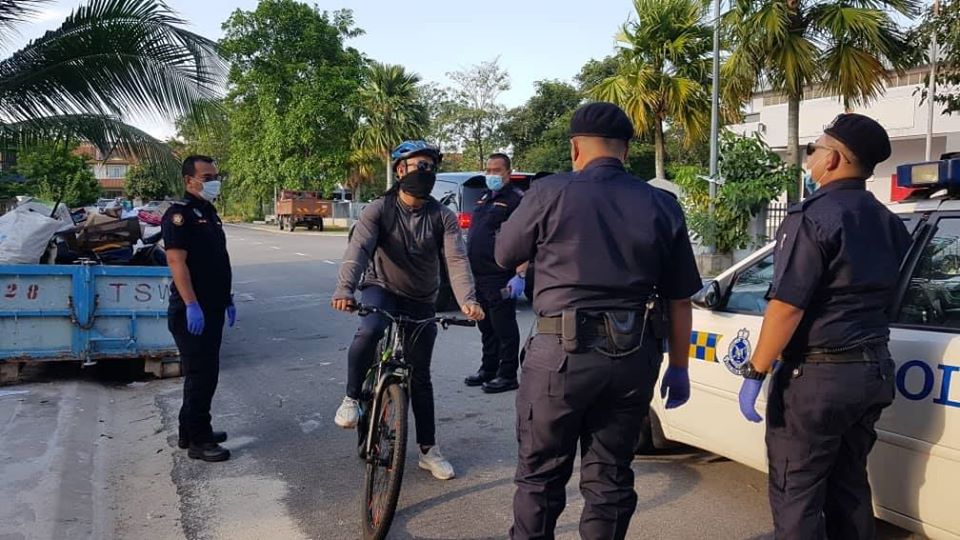 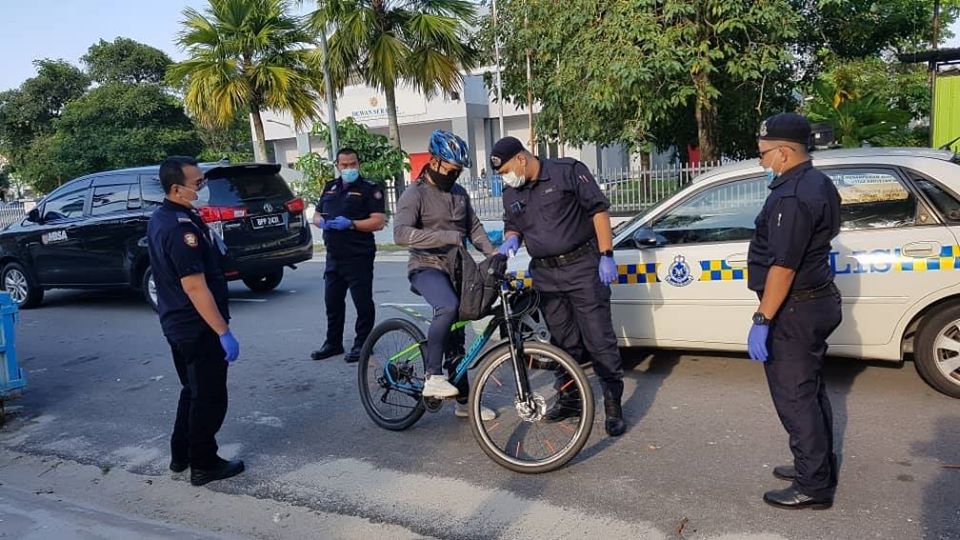 If you think going out whenever you like for invalid reasons is okay during the MCO, get ready to be stopped by the police because they are taking this matter very seriously and you should too. 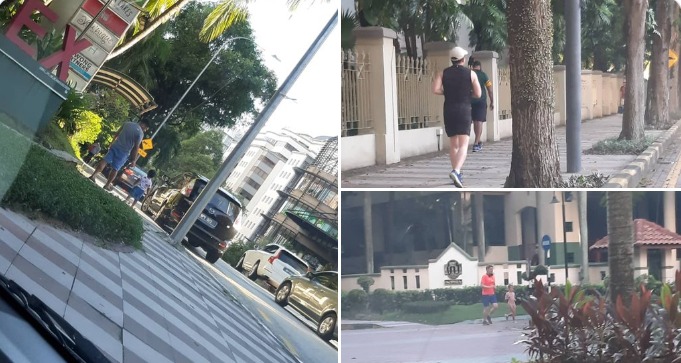