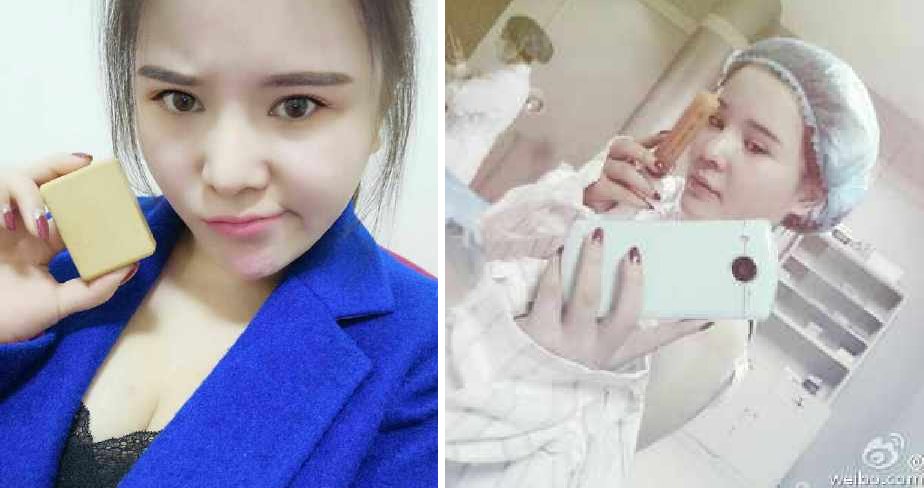 We all deal with breakups differently, but some take it worse than others. Recently a girl named Xiaoxiao took headlines after her post in Weibo became viral.

She posted a public note to her ex boyfriend who apparently dumped her because she was fat. The post said,

“Yang Xiaolei, do you remember last year’s Spring Festival? Since I cannot go home with you this year, I’ve made a piece of soap from my own fat to give to your mum for washing up. Chinese New Year – the time to surprise those low men who can only judge a book by its cover!”

Apparently the distraught (or deranged) girl went for a liposuction to have her fats removed after the breakup. These fats were then used to be churned into soap! Her post was trending in Chinese social media, Weibo and was shared over 5,400 times that day itself.

The girl from Henan, China also posted before/after pictures of herself: The ex-boyfriend who later received word of her public post was obviously upset at the ordeal. Xiaoxiao then posted a screenshot of their conversation: Ex-bf: “Xiaoxiao, why are you making me look bad online? It’s over between us. You also didn’t have to go to the hospital to suck your fats and disgust me! Damn, me judging someone based on their looks? You didn’t need to disgust my mom right? Bitch! F***!”

Xiaoxiao: “[You] said I’m fat, so I’m giving the soaps to your whole family, believe it or not!”

Although Xiaoxiao is the OP, but it seems that majority of the readers are not taking her side. Many criticized her actions and some mentioned that it’s her problem for being “ugly on the inside”. One even wrote, “after reading your post, he’s lucky to find out he has dumped a crazy girlfriend.”

So what do you think? Are you on her side or his?