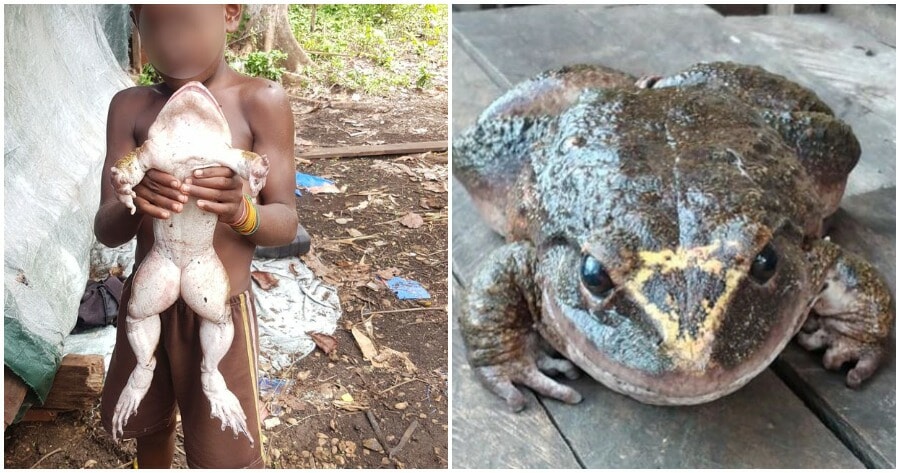 Who knows? This frog might magically transform back into a handsome prince if it’s kissed.

An enormous frog that’s said to be “as big as a human baby” left a small village in shock after it was captured roaming the area, reported ABC News.

Timber mill owner Jimmy Hugo, 35, was hunting a wild pig on the outskirts of Honiara, the capital of the Solomon Islands when he came across the enormous amphibian. Insane footage shows the reptile perching on local Mostin’s knee after being found in the nearby bush.

It seems to be as big as his entire thigh and carries plenty of weight – supposedly 1kg. Another photo of the huge hopper, believed to be a Cornufer guppyi frog, shows the frog’s full outstretched length. 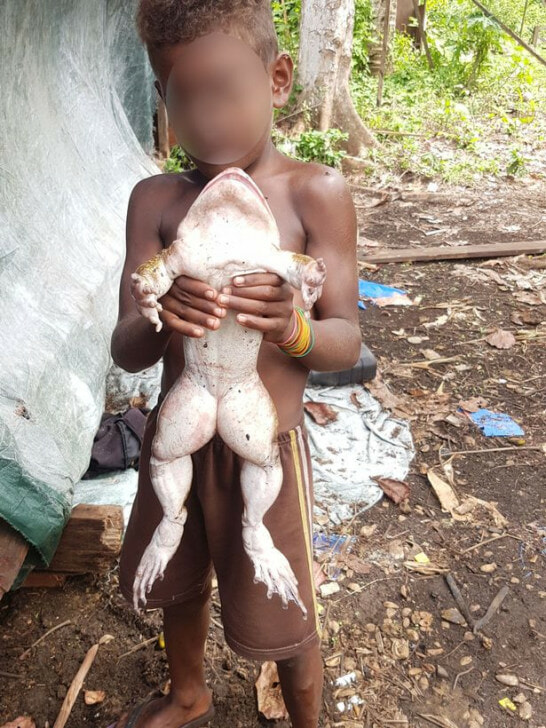 The creature seems to cover half the body of a child from head to feet. Villager Jimmy Hugo said it was the biggest frog he had ever seen, nearly as big as a baby. In the Solomon Islands and Papua New Guinea, they’re known as the ‘bush chicken’ because some villages seem to like them more than chicken, but they’re difficult to catch. The “bush chickens” are traditionally hunted for their meat and prized by locals.

Unfortunately, there wasn’t a happy ending for the mammoth frog. Despite its eyes being open in the video, it was already dead by the time it was caught so Hugo’s workers decided to eat it, reported ABC News. 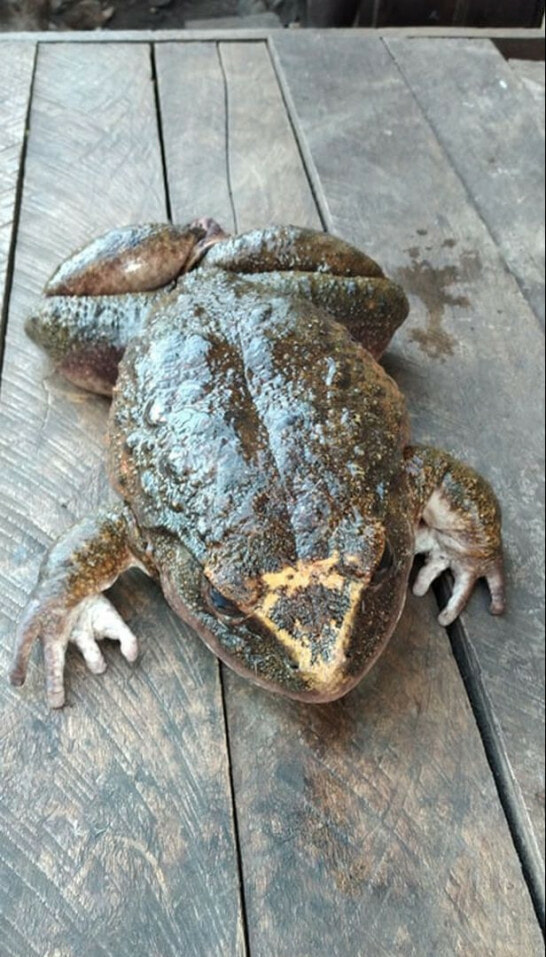 The Cornufer guppyi is one of the largest frogs in the world and is usually found from New Britain in the Bismarck Archipelago to the Solomon Islands. Their numbers have declined in recent years because of logging and community settlements expanding into their natural habitat.

Local biologist, Patrick Pikacha told ABC that these large frogs are becoming less common because their sensitive skin is often harmed by detergent chemicals used by humans washing clothes in nearby streams.

Also Read: Ampang Woman Calls Bomba In Distress To Rescue Her From A Frog On Her Door 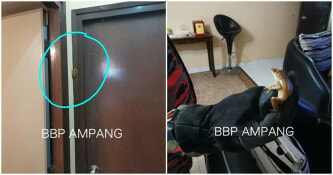