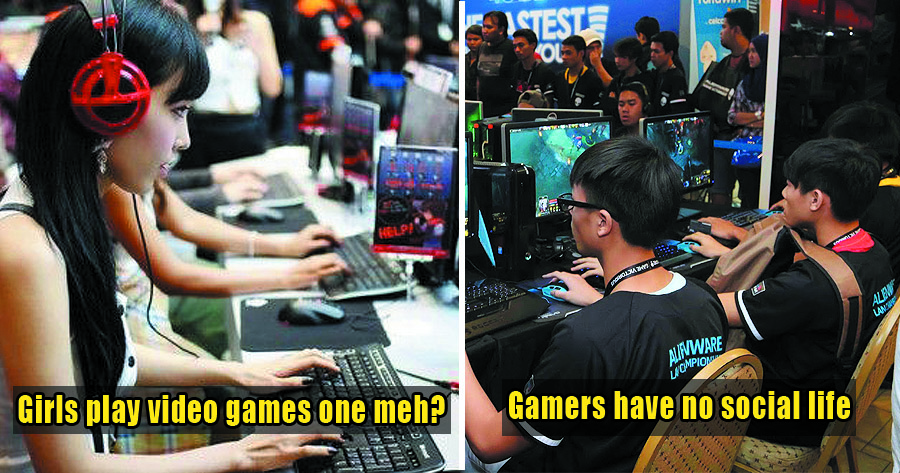 We all have our perceptions and opinions about a topic. When it comes to gaming, it is no different. While some of us may feel like it’s a great way to spend time with our friends, others have a less favourable opinion about it. From thinking it’s a waste of money to believing it’s only a ‘guy’s hobby’, here are 8 things every gamer is sick and tired of hearing!

Any Malaysian who’s played iconic games such as Bully, Grand Theft Auto, or Mafia growing up will surely be able to relate to this! Sure, there’s no denying that these games are somewhat violent in nature. However, saying that these games actually CAUSE someone to be violent in real life is a bit much. I mean, I personally played these games and I didn’t turn out to be a cold-blooded killer. What’s actually important is proper parenting and making sure your child mixes with the right group of friends.

2. Gamers have no social life 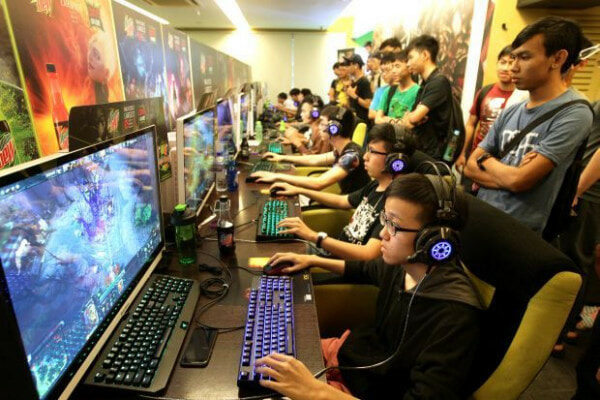 Not everyone’s idea of fun on a Friday night involves going to Bangsar. For us gamers, nothing compares to the joy of spending two hours on Counter-Strike, Rainbow Six Siege or Apex Legends. Plus, it’s not like we’re playing these games on our own! Instead, online multiplayer games such as these are OUR way of bonding with our friends.

3. Playing video games for a living isn’t a REAL job FYI, being a doctor, lawyer, or engineer is not the only career path to a successful life. Being a full-time YouTuber or Twitch streamer is not as simple as it looks because they have to constantly create engaging content for their audience on a daily basis. Let’s also not forget the amount of hard work and time eSports players put into honing their skill. After all, it’s all about doing something you’re passionate about, amirite?

4. Buying games is a waste of money

It’s true that the prices of games have drastically changed over the years, but hey, so have plenty of other things, right? While some people wouldn’t mind spending a few hundred ringgit on the latest sneakers or designer clothing, the same applies to us when it comes to getting a newly-released game or upgrading our gaming PC.

5. When someone asks you to pause an online game

This is arguably the most annoying thing to hear as a gamer, especially if you’re in a clutch situation in a tight match. It’s not that we don’t want to pause the game, it’s actually impossible for us to do so! UGH.

6. Why play FIFA when you can go out and play football like a normal human being? 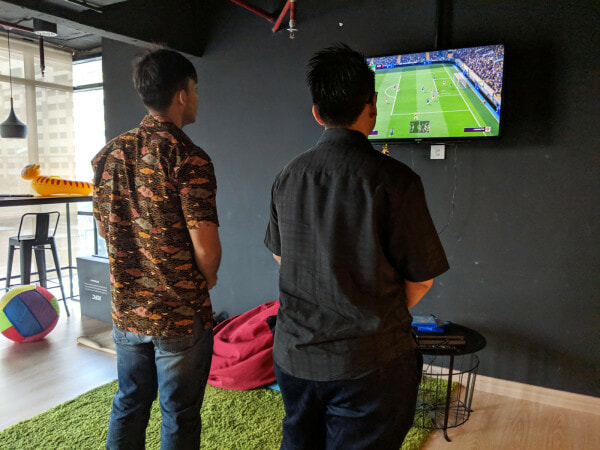 I swear if I were given a ringgit every time someone told me this, I wouldn’t be sitting in an office writing this article. CC Boss; kidding I still need this job. You see, some of us can’t play football even if we wanted to because we’re #gengkakibangku. So, FIFA is the next best thing we have. Then again, that’s not to say ALL of us don’t play the game IRL, many of us just love the beautiful game so much that we enjoy playing it virtually as well.

7. When someone automatically assumes you’re a dude if they meet you online

Yes, us gamer girls exist and it’s annoying when someone assumes your gender simply based on the notion that gaming is more of a “guy thing”. PLESS JUST STAPH!

8. Gaming events are only for nerds and are a waste of time

On the contrary, many influential people are known to be gamers themselves! What’s more, gaming events are a great opportunity for us to widen our social circle and win some awesome prizes simply by partaking in engaging activities.

Well, if you’re looking to do just that then one event you should look out for is the Mobile Legends 515 Unite event happening across 6 states from 21 April to 18 May 2019. 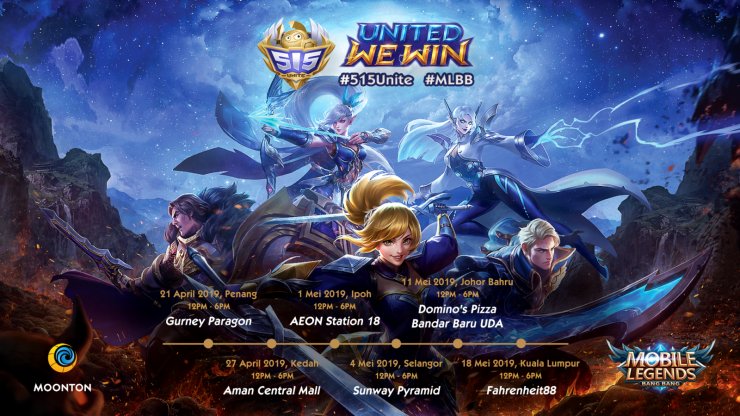 If you’re unfamiliar with the game, Mobile Legends: Bang Bang is essentially a multiplayer online battle arena game playable on mobile devices. In the game, two teams of 5 go head-to-head controlling avatars known as heroes to destroy the enemy’s base.

What’s exciting about the event is that it celebrates a Malaysian legend being featured as a hero in the game. This is none other than Badang, which is a tribal warrior based on Malay folklore! Woah.

During the event on May 18, fans will be able to meet and greet Malaysian bodybuilding legend Sazali Samad who will be appearing as Badang. Psst! You can even challenge him to an arm wrestling contest if you have the guts, that is.

Aside from Sazali, you’ll be able to meet and play mini-games with other influential Malaysians at the event! So, be sure to grab this opportunity while you can! 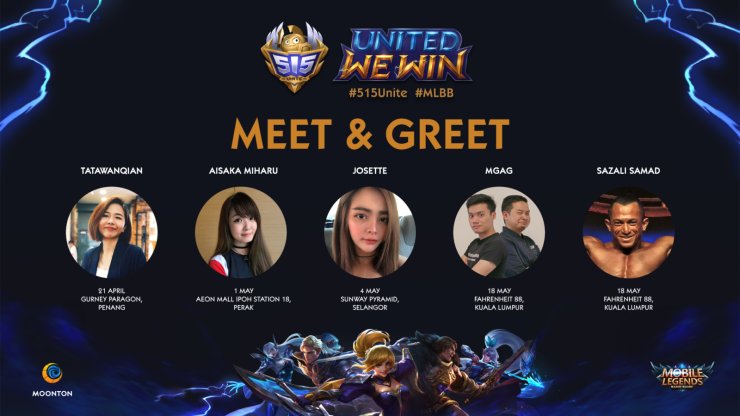 Oh, and did we mention there are also attractive prizes to be won and FREE Domino’s pizzas at the event? Das right, if you’re a pizza lover, then you’ll be glad to know that Domino’s is coming out with a new 5/15 pizza offer at all their 238 stores nationwide. You can even get a limited edition Miya figurine with these offers wei!

In addition to the above, limited edition Touch ‘n Go cards will also be on sale at the event. Proceeds from the sale will go to a charity foundation. 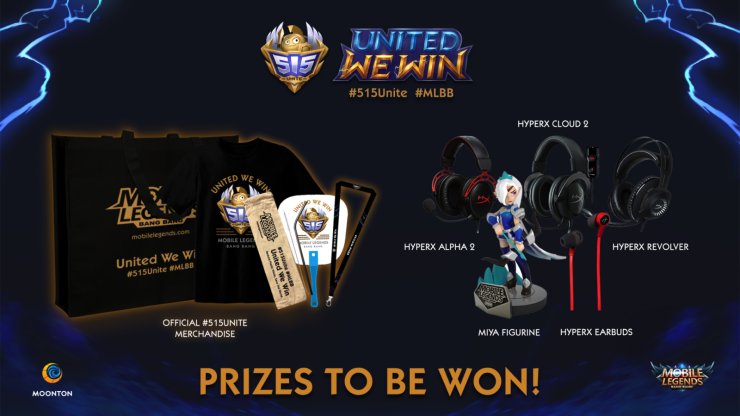 How exciting! More information on this event can be found here.

Truly, there’s nothing to be ashamed about in being a gamer. If anything, we should be proud that we’ve found something we’re passionate about. What are some annoying things you’ve personally heard as a gamer, though? We’d love to hear from you!