Wedding proposals are often sweet and romantic but this Malaysian couple’s wedding proposal went viral recently because it isn’t very mainstream, especially in Malaysia. That’s because they are actually of the same gender! #loveislove

Ivan Seng, 28, and Winson Khor, 26, had recently posted their wedding proposal video on Facebook that happened on November 3, which garnered a lot of positive attention. They’re both really good-looking too! The sweet couple, both originating from Tawau, Sabah, had been together for more than three years and Ivan decided that he would propose to Winson in Kuala Lumpur.

Ivan said that he took about one month to prepare for the proposal and he was able to keep it a secret because Winson was out of the country for work, Sinchew reported. Ivan took this opportunity to enlist the help of their friends, who were understandably excited that the happy couple were going to tie the knot. 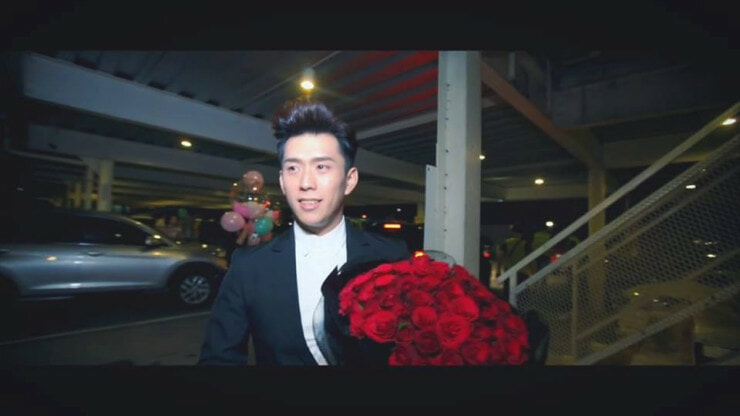 In their nine-minute proposal video, the unsuspecting Winson is surprised when a video montage of their happy moments is shown on the projector and when Ivan finally appears, he is already moved to tears. Ivan presents Winson with a huge bouquet of red roses before kneeling down with a ring and of course, Winson said yes! #RelationshipGoals

It looks like both of them were destined to be together because they said that they met each other by chance. However, both of them immediately hit it off and together, they opened a popular Taiwan bubble tea cafe known as Ding Tea in Tawau.

In the beginning, Winson said that before he came out from the closet, he was worried and afraid about what the public would think about his sexual orientation, so he kept their relationship a secret. After some time, he decided to go public as he felt that their love should not be hidden. Ivan, who has been divorced once, said that after meeting Winson, his life changed and he became a better man. Aww, so sweet!

At the moment, the newly engaged couple said that they haven’t decided which country to register their marriage in, but they are thankful for mostly receiving blessings and well-wishes from their friends and family.

Have a blissful marriage, Ivan and Winson! Stay sweet and loving! #LoveAlwaysWins