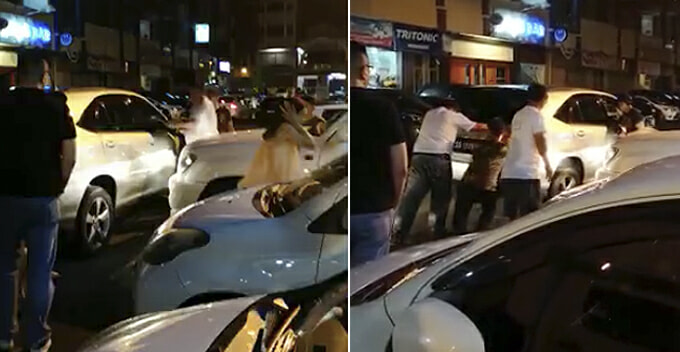 It’s 2018 and yet, people are still double-parking without leaving their phone numbers behind. *Sigh*

Just last night (1 October), yet another video involving a double-parked car went viral on Facebook and the window was smashed by the car owner who kena blocked. This incident reportedly happened in Lintas Square, Sabah. 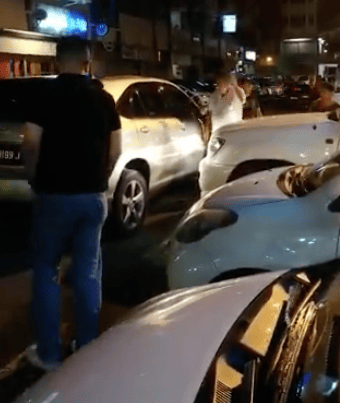 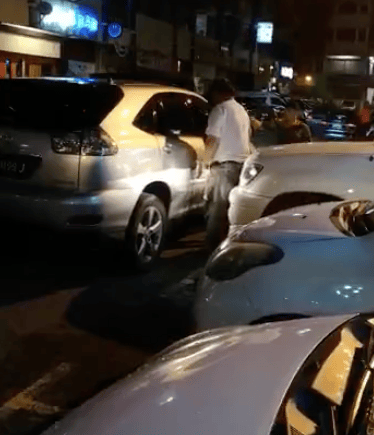 Based on the two-minute video, a silver Toyota Harrier can be seen parked right in front of a Toyota Landcruiser and a middle-aged man, presumably the Landcruiser driver, was hammering the Harrier’s window using a tool.

After several hits, the window was smashed into pieces and members of the public helped release the handbrake. The car alarm went off when they tried to manually unlock the door but the Harrier driver was nowhere to be seen.

They then gently pushed the Harrier a few metres ahead and the Landcruiser driver drove off immediately. Eh did they put the handbrake back on though?

After this video started circulating on social media, a majority of netizens applauded the man’s action for smashing the window to release the handbrake.

“Well, smashing the window is still better than banging the car. At least the driver (Harrier) only needs to repair the window and not the whole body,” another Facebook user commented.

We hate to sound like a broken record but please leave your phone numbers if you absolutely have to double-park. Don’t be selfish, okay!