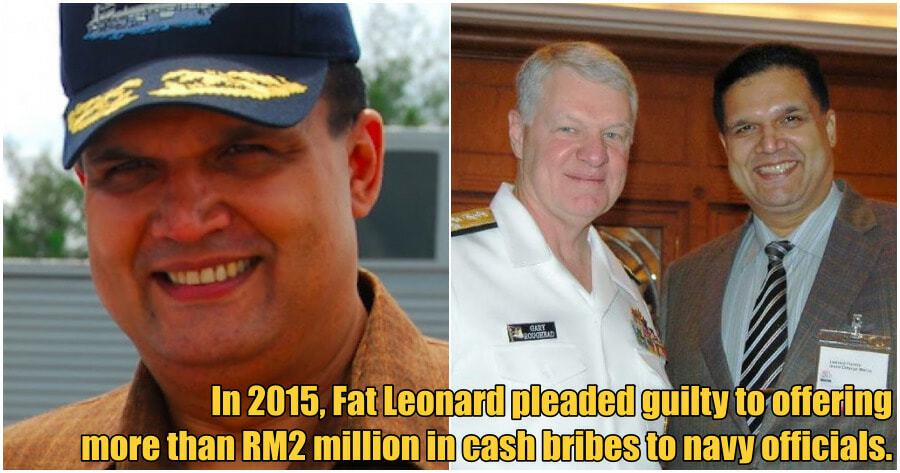 Every Malaysian and possibly non-Malaysian who is even a little bit aware of the happenings of the world would know about Datuk Seri Najib Razak and the billions of ringgit he stole from Malaysians in the 1MDB scandal.

The former prime minister, his wife, Rosmah Mansor and the alleged mastermind of the scandal, Jho Low are among the most well-known Malaysians in the world for their involvement in the corruption case.

However, there is another Malaysian you may not know of who pulled off what has been described as “one of the most extensive bribery scandals in US military history“. 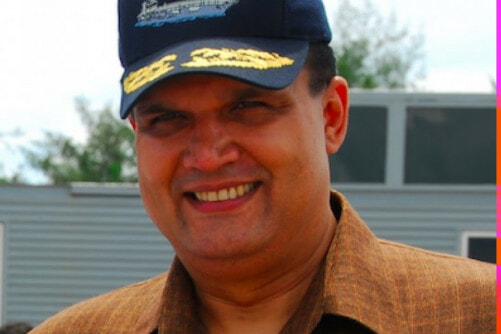 Leonard Glenn Francis, more popularly known as Fat Leonard, was a Malaysian businessman and defence contractor who swindled the US Navy out of at least RM157 MILLION!

As the owner of his family’s ship servicing business, Singapore-based Glenn Defence Marine Asia Ltd or GDMA, Fat Leonard was a familiar face amongst US Navy ships who docked at ports across Asia for over 2 decades.

Aside from his company’s official services to the US Navy of supplying food, water and fuel to the vessels, the Penangite became cosy with many of the navy’s top officials, which helped him pull off his scam. 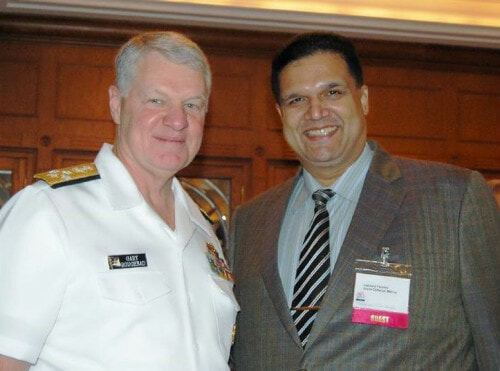 Fat leonard with a us navy chief

How did he do it?

In exchange, the officers would steer ships mostly from the navy’s 7th Fleet to ports he controlled so that they would be able to conceal his company’s overcharging of the US military.

While Fat Leonard managed to make big bucks off his fraud, authorities eventually caught wind of his scheming and arrested him in 2013. 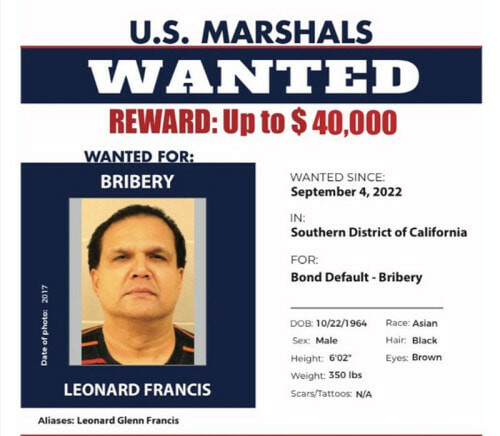 Since then, the 57-year-old has been convicted for his crimes but has not been sentenced.

Fat Leonard was facing up to 25 years in prison but his hearing date kept getting pushed back until the latest date of September 22, 2022 because he agreed to be a witness and to testify against others who were also involved in the scam.

In custody but not in jail

Over the past 9 years, Fat Leonard has remained in custody of the US authorities but did not spend time in jail due to his poor health.

He initially did some jail time, but was then “hospitalised and treated for renal cancer and other medical issues“. 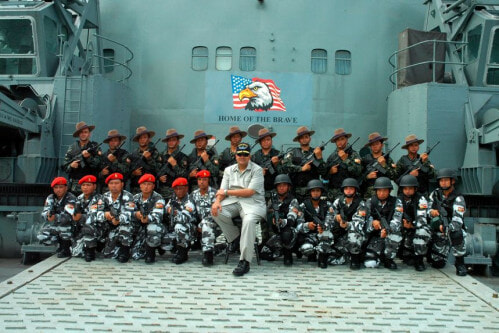 Leonard francis surrounded by gurkha soldiers aboard his ship, the braveheart

When he was well enough to be discharged, he was granted permission to stay at a condominium while receiving medical care, with the condition that he would be tracked with a GPS monitoring ankle bracelet and have round-the-clock security guards on site.

However, after a dispute with the condominium landlord, Fat Leonard relocated to another rented property. His lawyers had managed to convince the court to let him stay out of jail so that he could be treated for his illnesses.

All this is fair and well, until a judge found out that Fat Leonard had actually been living at his residence with his 3 children and his mother. 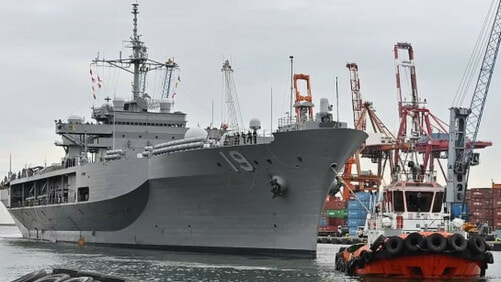 The uss blue ridge, the flagship of the us navy’s seventh fleet.

His lawyer even “asked the judge to allow him to walk his children to school and go to the grocery store on occasion.”

Does this level of leniency remind you of anyone also convicted of bribery?

Where is Fat Leonard now?

As of October 21, 2022, Fat Leonard is being held in Venezuela as he awaits to be sent back to the United States for his sentencing.

He had escaped his San Diego home where he was under house arrest on September 4, 2022 after using a heavy duty scissors to snip off his GPS ankle bracelet.

After a global Interpol warrant for his arrest was issued, US authorities managed to track him down and he was eventually recaptured on September 21, 2022 at Simón Bolívar de Maiquetía airport by Venezuelan authorities.

According to BBC, the convict was attempting to board a plane to Russia.

It was the day before which he was supposed to be sentenced.

How bizarre is that? Another Malaysian who started multi-million dollar bribery case. 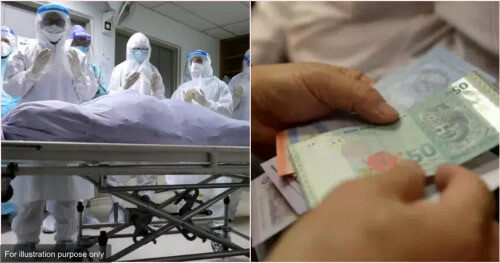