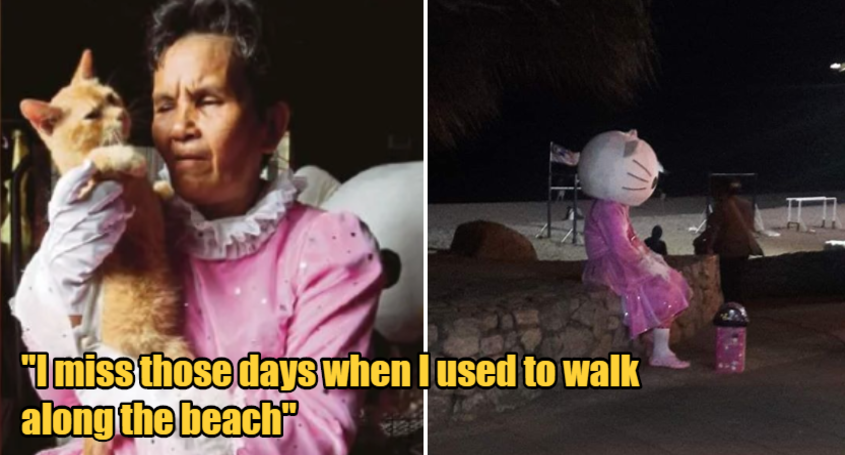 Teluk Cempedak’s famous costume entertainer is going through challenging times during the Movement Control Order (MCO) as she is unable to make an income.

Siti Endon Ismail famously known for entertaining beach-goers as the crowd’s favourite Hello Kitty (and working hard under the sun just to make ends meet) is left devastated after the beach has been closed amidst MCO. 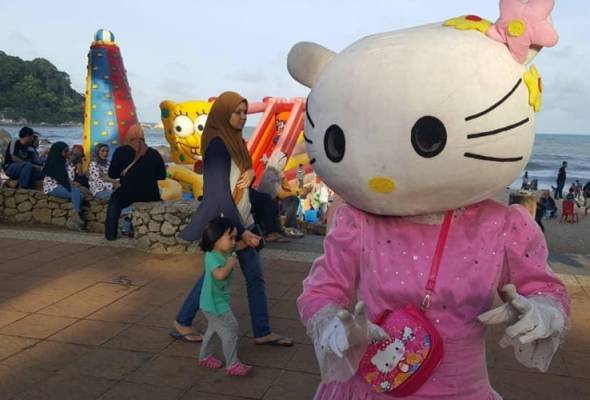 New Straits Times reported that Siti has suffered a sudden loss of income due to the Covid-19 outbreak and the MCO. The 57-year-old single mother from Kampung Tengah is also well-known for dressing up as Doraemon and Snow White in the popular Teluk Cempedak beach.

“Sadly, due to the virus attack, the beach is closed and now no one is allowed to leave their homes. It has been a nightmare as the school holidays is a golden opportunity for me to earn some extra money,” she said when contacted by NST.

Siti states that she doesn’t ask people for money when she is on the beach. Usually, people who interacts with her gives her any amount that they wish. However, now she is unable to make ends meet because the beach has been closed.

She was also hoping to save up some money by working long hours to buy a new suit and replace her worn-out Doraemon costume.

This hardworking woman spends hours on the beach daily to entertain people so that she can buy food for herself and feed 50 cats which she takes care of at home.

With her limited income, this selfless woman doesn’t only look after herself but she is also willing to care for a big group of cats. 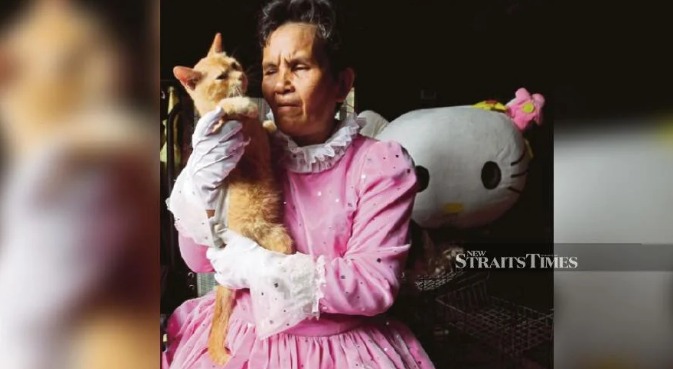 “I used to earn around RM30 a day which is enough to prepare some simple meals for me and take care of the cats,” she said. Siti also receives RM300 monthly from the Pahang Islamic Religious and Malay Customs Council to pay for the rental of her house.

Siti expressed that she really misses going to the beach with her other friends who are also costume entertainers and meeting new people especially the children because interacting with them makes her feel youthful again.

“Will they (Siti’s friends) return to the beach or maybe look for other jobs? I miss those days when I used to walk along the beach and mingle with children. It makes me feel young too,” she stated.

She is hoping really hard that the Covid-19 pandemic would come to an end soon so that she could join her other friends at the beach, meet new people and go back to living her normal live.

Also read: JUST IN: MoH Will Have Final Decision On Whether MCO Will Be Extended 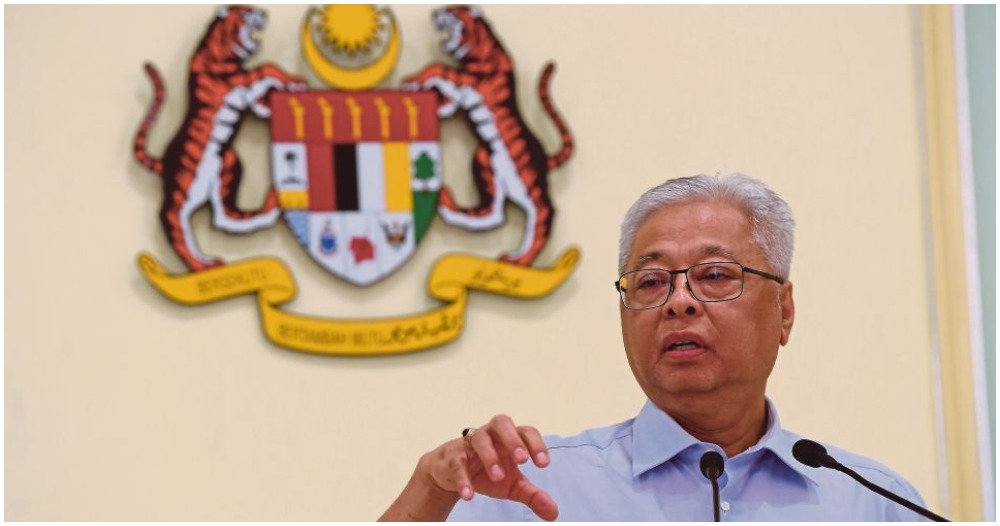